This article originally appeared in the Friday, June 22 issue of the Progress Times

On stage at Mario’s Banquet & Conference Center in Mission stood Sean Elliott, the six-foot-nine NBA champion and former college player of the year, sharing advice with standouts from across the RGV at the 2018 All-Valley Sports Awards Banquet.

“Believe in yourself … Prepare and sacrifice … Persevere … Character trumps talent and … Have fun.” 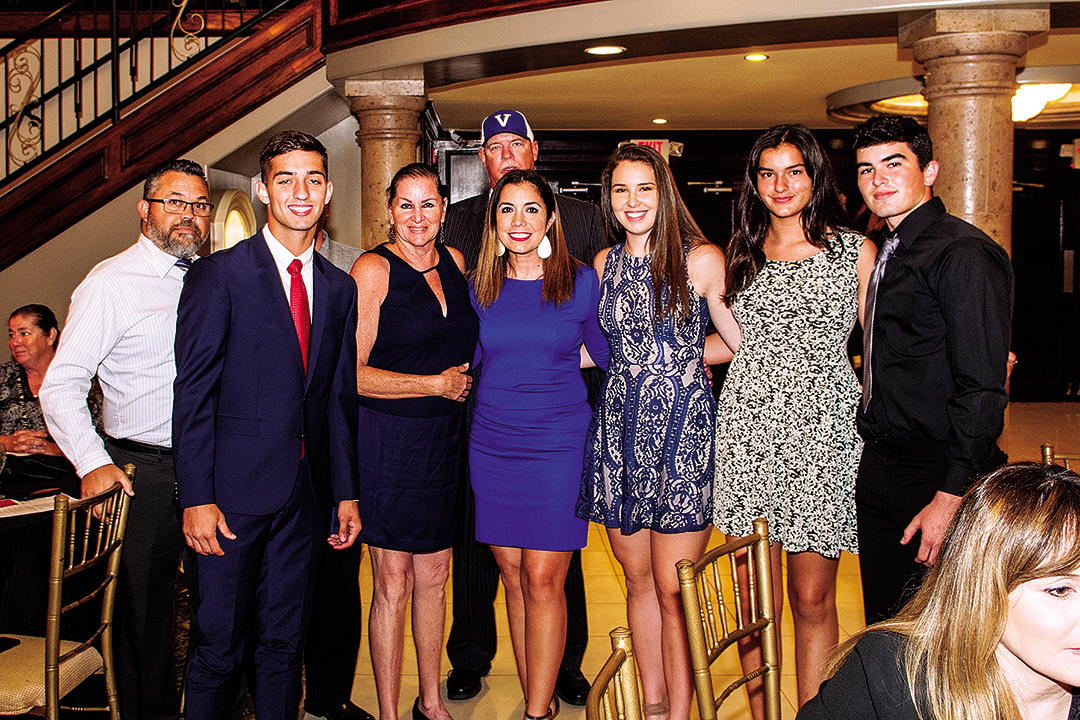 The San Antonio Spurs great delivered the five tips to athletes, coaches and others in attendance can apply not only in their respective sports, but to be successful in every aspect of life.

The success of the Big 7 athletes in 2017-2018 was widespread and recognized on Tuesday as the schools combined for 23 nominations and brought home four awards.
Sharyland High led the way with three awards for the school as the Lady Rattlers golf squad was named the Sub-6A All-Valley Team of the Year, winning one of just four team awards handed out.

In her first year with the program, Head Coach Ashley Garza helped lead the Lady Rattlers to a second place finish at the UIL 5A State Meet in May. Seniors Raquel Flores, Laura Rodriguez and Amanda Shinn-Roldan paced the team while juniors contributed heavily. The Lady Rattlers posted two-day score of 644 to place second among the 12 5A teams that earned the right to compete at the state tournament which was played at the White Wing Golf Club in Georgetown, Texas.

“As their first year coach, it was awesome; the girls did an outstanding job all year.” said Garza. “From day one they went out and said “we were going to win state” and we came close and I think that brought the team award home for us.

Sharyland second award came on the soccer field as standout Kaitie Watson earned the Girls Soccer Player of the Year Award for her play in her senior season that produced 51 goals while assisting on 21 others. Watson’s four years playing at Sharyland High resulted in one word: wins. Her scoring ability helped lead the Lady Rattlers to a dramatic District 31-5A championship win as the forward scored the game-tying goal against rival Pioneer, eventually winning the game in a shootout.

“It feels great to go out with a bang and end my senior year full-circle; I started out strong and I ended strong, especially now that I get to commemorate it with this award,” Watson said.

Watson is set to take her game to the next level as she continues her athletic career collegiately playing soccer at the University of Texas – Rio Grande Valley.

Junior Jun Min Lee was named the Boys Golfer of the Year thanks to solid play in his junior season which culminated in third place finish at this year’s UIL 5A State Meet in May. The bronze medal winner qualified for state by winning gold at both the District 31-5A Meet and Regional Meet. Lee also won the award as a sophomore.

For the second year in a row, a Mission Veterans Memorial quarterback won the Sub-6A Player of the Year Award as Landry Gilpin earned the honor after putting up video game numbers and leading the Patriots to a 10-2 record.

The junior quarterback threw for 3,172 yards and 25 touchdowns while also running for 1,718 yards and 23 touchdowns. Gilpin helped the Patriots win a share of the District 31-5A championship and an appearance in the area round of the playoffs. The Texas Associated Press Sports Editors named Gilpin as a Class 5A Honorable Mention performer in 2017.

Gilpin was quick to credit his teammates and coaches for pushing him and hopes the award helps drive the Patriots to be one of the top teams in the Valley.

“Back-to-back years we’ve had great teams and great teammates so it’s good to carry on this award,” Gilpin said. “There’s so many people on our team that are competitive, so many people fighting to be the top dog, getting this award drives us and lets us know that we can be the top team in the Valley knowing we have this kind of talent on the team.”