This article originally appeared in the Friday, June 29, 2018 issue

After unexpected flooding in Hidalgo County last week, several Mission neighborhoods have been left with uncertainty about how to efficiently handle the situation without the help of the city.

Like 80 percent of Mission, houses and residents in the Shary Gardens neighborhood were underwater last Thursday. 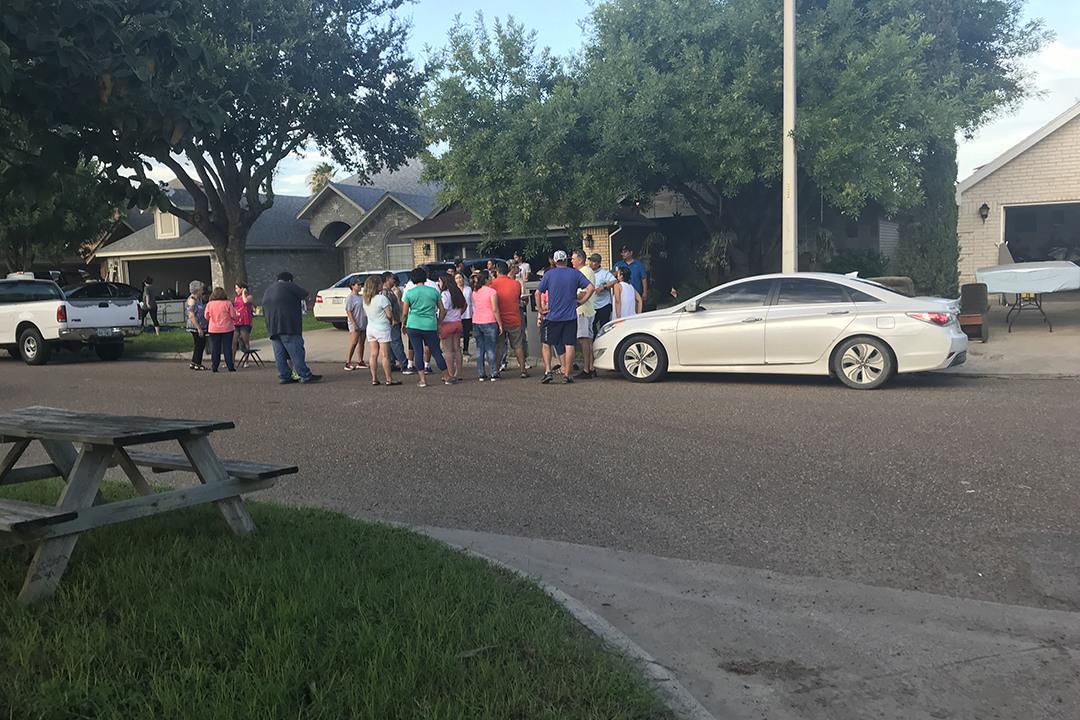 On Sunday, homeowners from this community gathered at a meeting to sign a petition calling the City of Mission to action in their area.

“The purpose of the meeting was for us to share the experience and then see if any help was going to come out of it,” Lilliana Salgado, a resident in Shary Gardens, said.

Salgado was at work in La Joya when the rain began falling back home. Her children had to be evacuated by the Mission Police Department and Border Patrol due to the flooding of the neighborhood, which is located right next to a canal that was overflowing most of the day.
According to Salgado, none of the residents in Shary Gardens carry flood insurance because they never needed it in the past.

“There’s people that have lived there 20, 30 years, and it has never happened,” Salgado said. “Since we’re all having to pay out of pocket, since we didn’t have flood insurance, a lot of us are hoping that through pictures and receipts, maybe some kind of reimbursement is on its way, some kind of help.”

Salgado had to replace her refrigerator and washing machine, and also had to have her walls gutted. She said that for the most part, everyone in the neighborhood had to make similar repairs to their walls and floors.

“Everyone in my neighborhood is gutting their walls, pretty much two feet off the floor,” Salgado said. “All our walls had to go, it messed up our floors, furniture, doors, you name it. If you drive by our neighborhood, you can see what’s going on.”

For the repairs to her house alone, Salgado is paying $6,000, and said that there were some neighbors at the meeting who were paying upwards of $10,000.

“The water went everywhere,” Salgado said. “It’s not just the garage or the living room, it was in the rooms, the restrooms, the closets, everywhere.”

People living in the neighborhood have been leaving their couches and other furniture that was damaged by the roads outside their houses.

“It’s not just the home repair, it’s the appliances, the furniture,” Salgado said. “All weekend, there’s been trucks going by and picking up the garbage. The city’s been very good about that, thank God. They’ve been there constantly, trip after trip.”

Another resident of Shary Gardens, who wished to remain unnamed, also had to have her walls gutted and repaired one of her restrooms.

“It was very scary, actually,” she said. “I think it was one of the scariest things I’ve ever experienced, I didn’t expect it to be like that.”

When her home began flooding on Thursday, the resident and her dog were home. Although she needed to be evacuated, no one had come by her house.

“It was my father who actually helped me out,” she said. “He had to park in one of the other neighborhoods that we have in Shary Gardens and he had to walk to my house to help me get out.”

Because of the amount of water getting into her house, the resident couldn’t wait for the city to come by.

According to her, citizens had to “be put on a list” to be rescued, and they could not wait in fear of how close Shary Gardens is to the canal.

“We didn’t know if it was going to overflow even more and go more into the house,” she said. “I took whatever I could and just took off.”

The resident said that they all got together to request more assistance and to better prepare for a storm like this in the future.

By Thursday night, the water had receded enough to return to their homes. The resident checked her home for bugs and mold in order to ensure that whatever needed to be repaired could be done in a timely manner.

For Salgado and her neighbors, it has been an unfortunate experience.

“We’re over it, because it’s so much,” Salgado said. “It happened so suddenly, and nobody was expecting it, nobody was prepared, no one had insurance, so everybody’s pretty frustrated with the entire situation. I don’t think anybody expected it to be this bad.”