Even after the city experienced floods two weeks ago, the Leo Peña Park was actually one of the drier local venues in Mission during the storm.

Despite the centerpiece of the park being an amphitheater, the park retained little to no water. The construction and renovations have continued without a hitch because of the drainage system in place, according to Mayor Armando O’caña and City Manager Martin Garza, Jr. 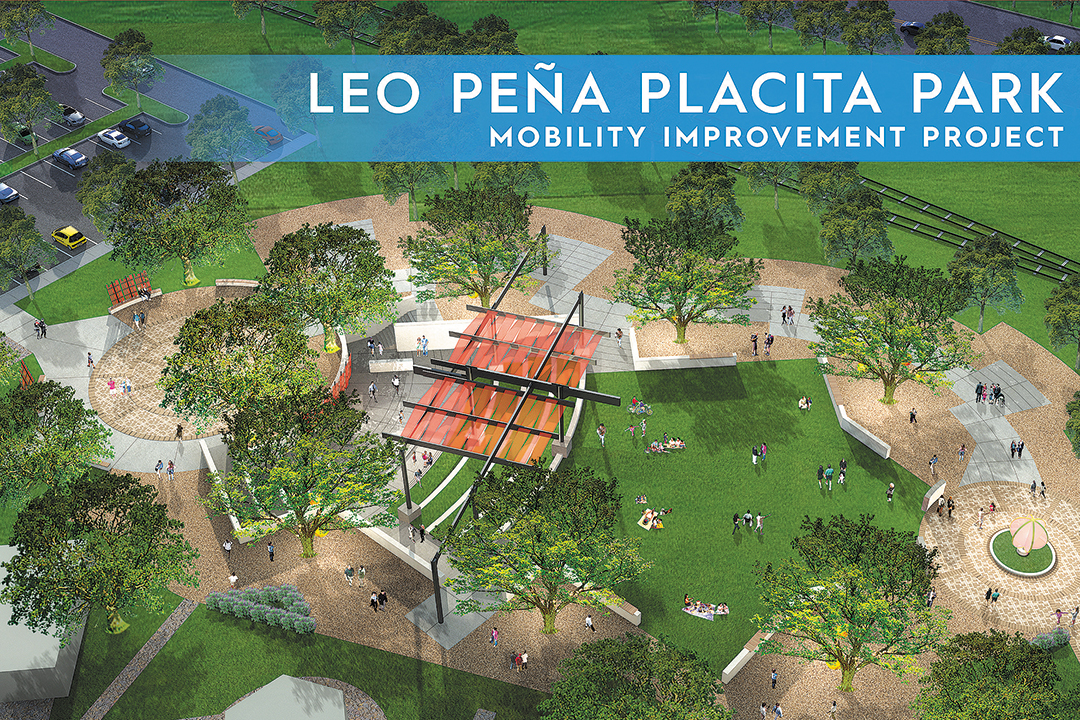 “When you’re dealing with that type of construction, where you have an amphitheater that goes down, the drainage is the first part of the phase when you start the construction,” Garza said. “It’s kind of like your foundation.”

The $1.4 million renovations are part of Phase II of the Streetscape project, which aims to help revitalize the downtown Mission area and draw more people to the city. About $800,000 of the budget is coming from federal funding, and $600,000 is coming locally.

“It’s a project that’s really going to give a second upgrade to the downtown area,” Garza said.

The first big event to be held at Leo Peña Park will be the National Night Out in September, as renovations should be completed by the end of August. The city hopes to host at least one big event in the park, located at the corner of Business 83 and Conway Avenue, every quarter.

According to Garza, the project is 65 percent complete overall.

Both the audience seating and access to the amphitheater stage are going to meet the standards set by the Americans with Disabilities Act (ADA).

“That’s important, because the Leo Peña Placita Park amphitheater has always been a performance stage for our local talent,” Garza said. “We have always opened it up for local people, and that has been instrumental for us to showcase our talent here.”

Garza also said that the columns for canopies are already complete, and canopies are currently being manufactured for the park. The city is currently prepping for the irrigation portion of construction.

“I can tell you, when we’re talking about the colors of the canopies, the atmosphere, we’re keeping the citrus-y look and feel,” Garza said. “That grapefruit sculpture that we have in the front, that’s also going to be refurbishied and repainted.”

Both the mayor and city manager said that Winter Texans have also been looking forward to coming back to the area and having access to a revamped park. With the amphitheater stage now located in the west side of the park, rather than the center of the rotunda, audiences will no longer have to miss out on shows due to seating behind the stage front.

“They used to complain, because some of them were looking at the back part of the performers because it would get packed,” O’caña said.

Garza agreed, saying the functionality of having the stage in the center of the amphitheater was not as appealing.

“The functionality was certainly something the council looked at when we designed it,” Garza said. “Every person who is going to attend will have great access to see the performance.”

The Leo Peña Park will now also feature decorative lighting that matches the rest of the lighting in the downtown Mission area. Mayor O’caña was excited about the current state of the project, and is ready to see how much more the city can do for the downtown area.

“Keep in mind, this is Phase II,” O’caña said. “We have a Phase III that we already planned to do, and I want to add a Phase IV for the long-term.”

The city manager said the city is trying to maintain an outdoor feel in the park and provide different types of attractions for Mission residents and people all over the Rio Grande Valley.

“Even though we have a new event center, it’s important that we have a location that’s going to attract people downtown,” Garza said. “We’re making sure to continue having performances there, having events there will only bring more people to walk around the downtown area.”