This story first appeared in the Friday. July 6, 2018 issue of the Progress Times.

When all was said and done, the San Benito-based Cross Church distributed 2,600 bags of packaged goods in Mission to 500 families hoping to recover from last month’s flood.

In a partnership with the City of Mission, Cross Church came down to the Grower Select Produce warehouse Saturday, June 30 at 824 U.S. Business 83 to help residents in the area. 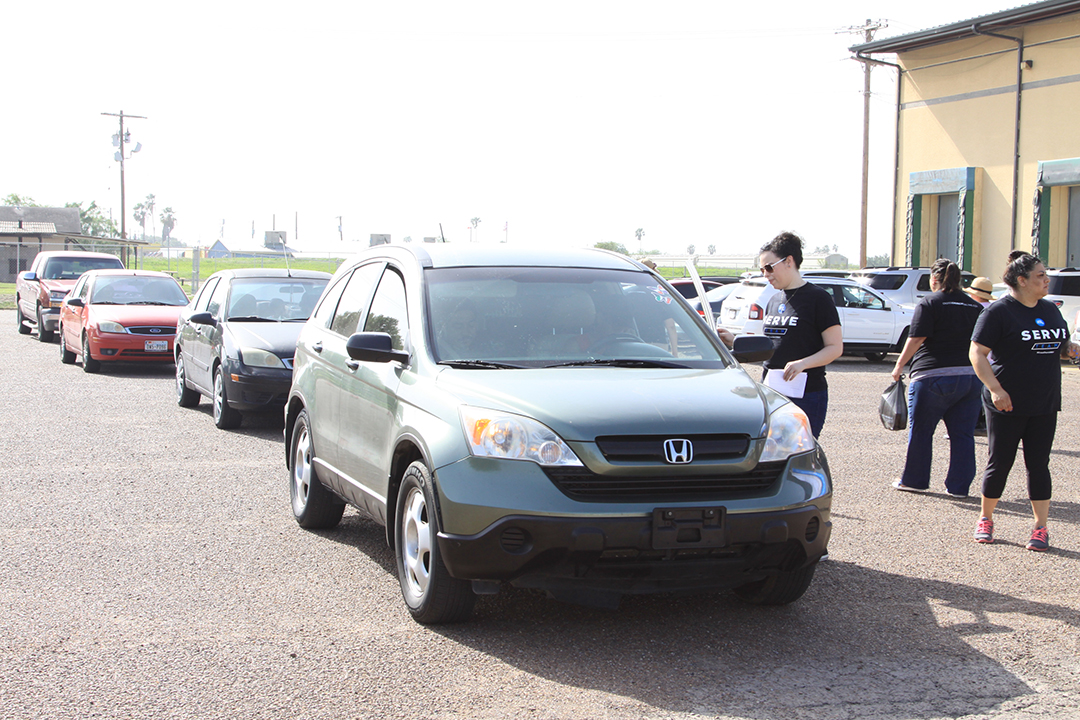 “All we want to do is give,” volunteer Ruben Ramirez said at the event. “And God provided for us and we want to provide to people too.”

The donation came after a flood that affected the entire county June 20 and June 21 hit the area. Hidalgo County is reporting there is an estimate of $100 million in damages due to the flood that brought the City of Mission to a standstill and was declared a disaster area.

Ramirez said his church teamed up with the international organization Operation Blessing, a non-profit that assists during humanitarian crisis around the world.

“Operation Blessing donated a semi-truck full of goods ranging from water, perishable goods such as soup and snacks and hygiene products,” Ramirez said. “We’ve helped other cities in the Valley but this is the first time we’ve partnered up with the City of Mission for an event like this.”

Ramirez said Cross Church contacted Mission Councilman Ruben Plata to partner with the city for this event. As part of the donation distribution, residents were given two bags of goods per household and were only required to give volunteers their name and city.

According to Eric Garcia, operations manager at the church, residents all over the Valley could show up to receive donations.

“People coming here can’t believe there’s no red tape and there’s no more information we want from those asking for these bags,” Garcia said. “We want them to come away with a keen sense of awareness that Cross Church is here and we’re providing some relief to families that need it. Our church is open, we’re not focused on our own congregation, we just want to be out there and provide relief whenever we can.”

Among the head of households who showed up to the event was Ramon Marquez of the City of Granjeno, whose roof was damaged by the rain and his house received a lot of flooding, he said.

“This is a big relief for my family,” he said in Spanish. “We don’t get a lot of financial assistance so we take any help we can get.”

For more information on Cross Church, visit their website at crosschurchonline.com.