An SUV rear-ended a Chevrolet Malibu in downtown Mission Wednesday, causing traffic to slow down and sending a family of four to the hospital.

Mayra Hernandez, driver of the Chevy Malibu, was heading northbound on Conway Avenue and attempted to turn east at the intersection of Conway and 13th Street before a GMC Yukon struck her. 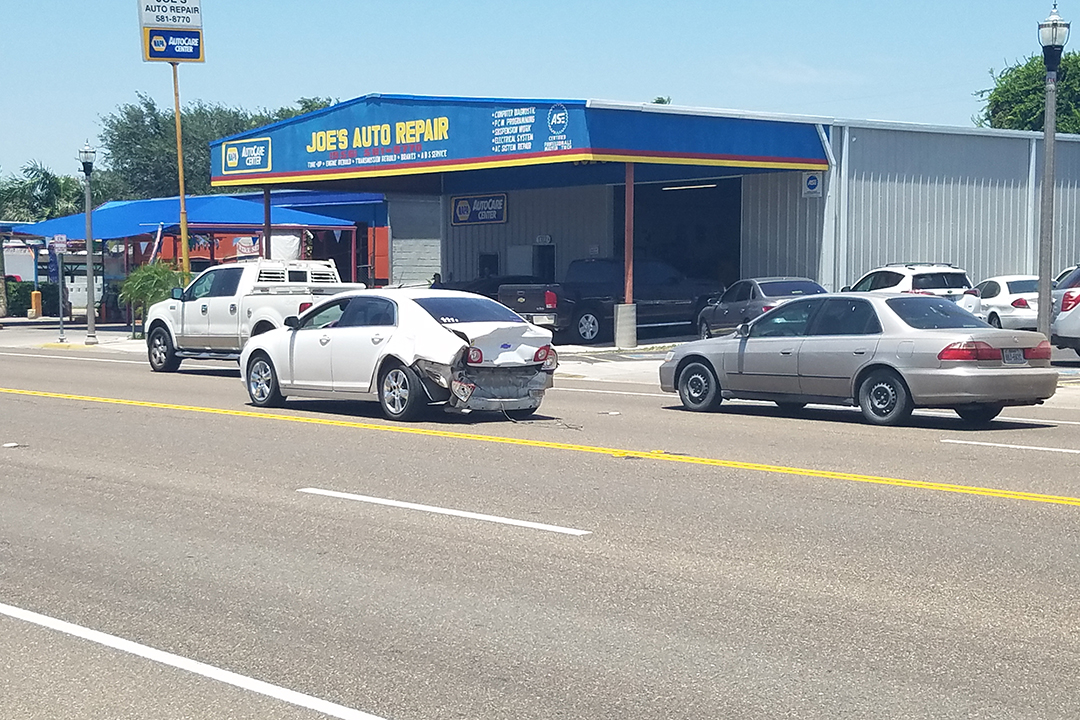 “I had stopped and had signaled to turn and suddenly I was struck,” Hernandez, who was traveling with her three daughters all under the age of six, said. “I guess (the driver) didn’t see me.”

The SUV rear-ended Hernandez’s car, pushing it forward by almost half a block before stopping in front of the MCM Sporting Goods store where Hernandez and her family waited for the police to arrive.

The bumper of Hernandez’s car was still stuck on the grille of SUV when police arrived minutes after the crash.

Besides feeling dazed after the crash, Hernandez reported no injuries but she and her daughters were sent to the hospital as a precaution, Randy Davila, an officer at the scene said.

Danny Cruz, husband of Hernandez, rushed to the scene after receiving a call from Hernandez.

“We live within walking distance of the accident,” Cruz said. “This car is the only one we have and I need it to get to work. I already called my boss to let them know I probably won’t make my shift tonight.”

The driver of the SUV, who declined to give her name to the Progress Times, said the accident occurred because she didn’t see Hernandez’s car had stopped. Davila, however, said she admitted to being on her cell phone and was giving a citation.