For two of the active members of The Rotary Club of Mission, Guadalupe “Lupita” Ramirez and April Chapa, the international organization allows them to give back and have fun at the same time.

Both women have been active in rotary for about three years each. Ramirez, who was the active president of the club last year, reflected on the many projects the group undertakes throughout the year. 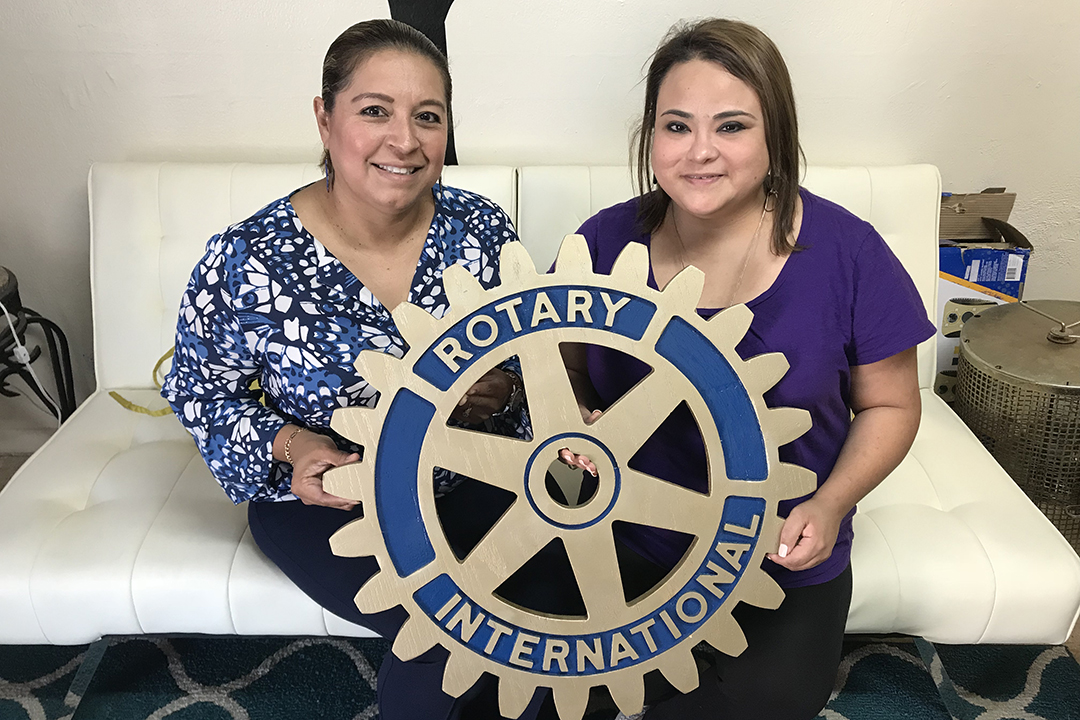 “The most important thing is that people who have a lot of passion can give back to the community,&rdquo; Ramirez said. “It has to come from the heart.&rdquo;

“It&rsquo;s not your grandfather&rsquo;s rotary anymore, it&rsquo;s fun,&rdquo; Chapa said. “It&rsquo;s doing service while having fun, while meeting people and leaders in your community.&rdquo;

Annually, they donate Thanksgiving meals to veterans and families, and during Christmas they collect bags of gifts for the Casa Hogar San Vicente de Paul, an orphanage in Reynosa, Tamaulipas.

In Mission, the rotary has booths at the National Night Out and Christmas Tree Lighting Ceremony.

Chapa, the current president, is aiming to continue the longstanding traditions of the club while incorporating new ideas in the mix.

“My goal for this year is that I really want to do a community garden here in Mission,&rdquo; Chapa said. “So I&rsquo;m looking for a place for that.&rdquo;

With these new ventures comes a need for more rotary members. Currently, The Rotary Club of Mission has about 24 members, but ideally would prefer at least 50 to accomplish all they hope to this year – and they don&rsquo;t want to set a limit on new members.

“We don&rsquo;t really want to say a particular number,&rdquo; Ramirez said. “Our goal is to have as many people as we can, if we can have 100 to 150, that would be awesome.&rdquo;

The Rotary Club of Mission was chartered in 1920, and has almost 100 years of service under its belt. It began losing traction a few years ago, but Ramirez and Chapa aim to revamp the energy and keep it going.

“We&rsquo;re doing a lot, like I say, we&rsquo;re small but we&rsquo;re mighty,&rdquo; Chapa said. “Our membership is small, and the active [members] is smaller, but I&rsquo;m trying to get more people to join.&rdquo;

“To me it&rsquo;s a great way to make an impact in our community, because we&rsquo;re so small,&rdquo; Chapa said.

Both Ramirez and Chapa believe it is important that the Mission community is aware of their existence and can benefit from contributing to the cause.

“A lot of people want to do something, but they just don&rsquo;t know what&rsquo;s out there,&rdquo; Ramirez said. “A lot of business owners don&rsquo;t know what to do with their money, sometimes they have extra money, and they can give it to an organization. They can donate that money.&rdquo;

Chapa said that people can have great feelings in return for volunteering and doing works of service for the city.
“Rotary is a good place to put your energy into, because you see the difference,&rdquo; Chapa said. You see the impact that you make with the children, you see that impact right away.&rdquo;

The organization is international, and overall strives toward eradicating polio. While that is the overarching effort, the rotary is involved with several acts of service throughout the year, and have many different focuses.

“It comes down to service projects,&rdquo; Ramirez said. “We focus a lot on our children, but we have different focuses.&rdquo;