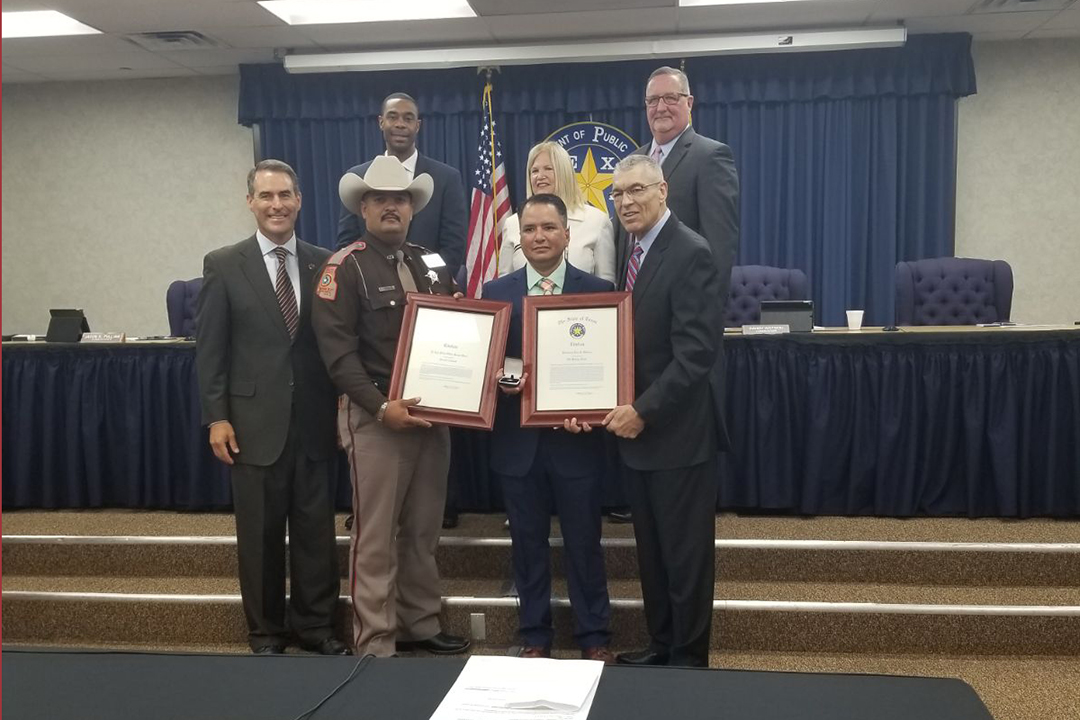 Garza and Department of Public Safety Lt. Rene Olivarez were nominated for the award after they responded to a roll-over crash Feb. 19, 2017, on U.S. 83 in La Joya.

They found a severely injured man who had been “partially ejected” from a car and suffered severe injuries to both legs, according to the award citation.

Olivarez and Garza worked together to stanch the bleeding while they waited for an ambulance.

“He lost quite a bit of blood,” said Garza, who’s now a reserve deputy for the Hidalgo County Precinct 3 Constable’s Office. “But he survived.”

Olivarez and Garza had experience responding to medical emergencies. Olivarez is a paramedic, according to the award citation. Garza previously worked for the Palmview Fire Department.

Garza said he checked on the man a few days later.

Doctors amputated both legs, but he survived the horrific crash.

Olivarez received the Lifesaving Award during the same ceremony.