Members of La Union del Pueblo Entero — which most people know simply as LUPE — met at City Hall on Monday afternoon, where they took photos with Salinas and recorded a statement supporting him. 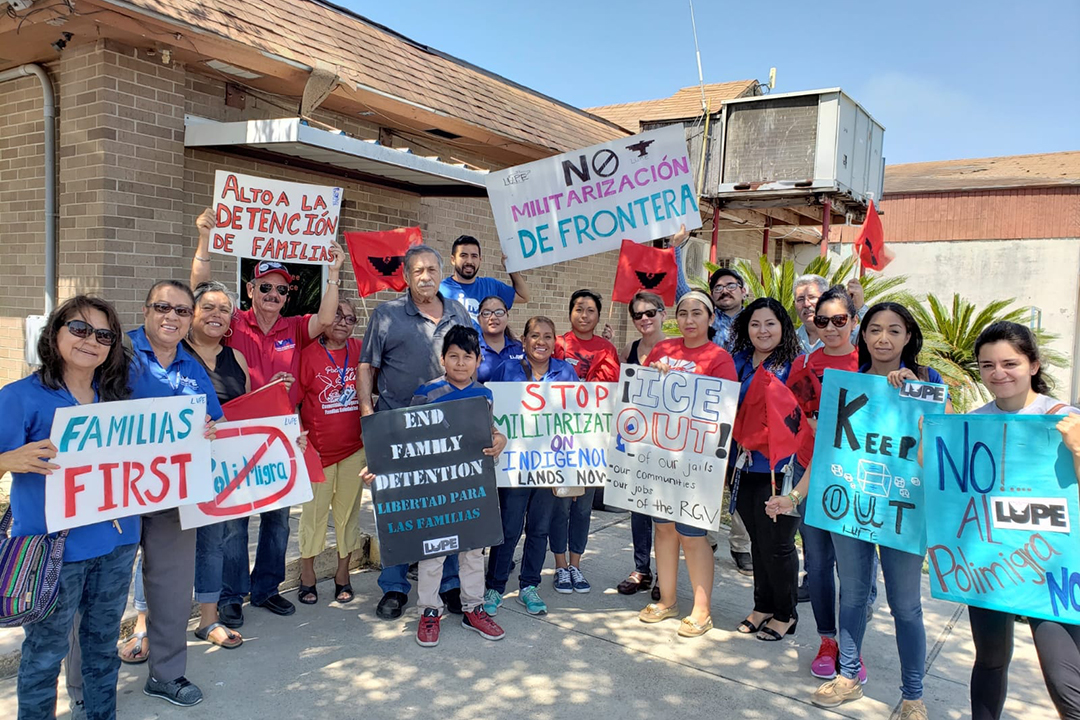 “The only Rio Grande Valley city that has stood up to this brutality is La Joya, where Mayor Salinas declared that the city will no longer house inmates for ICE because of Trump’s zero-tolerance policy,” said LUPE Executive Director Juanita Valdez-Cox in the recorded statement. “We are here because we know that it is a difficult decision that he made. It means that the city of la Joya may lose some funding.”

Valdez-Cox said LUPE stands behind Salinas and encouraged mayors across the Rio Grande Valley to join him.

“When you’re talking about families and the separation of children from their parents, then this should not come up as a question,” Valdez-Cox said. “It’s a decision that should be easy to make — not only for the city of La Joya but for the other cities in the Rio Grande Valley.”

What the announcement actually means for La Joya remains unclear.

The city jail, which consists of just two cells, never actually “housed” inmates for ICE on a long-term basis.

Police hold people with immigration detainers until ICE picks them up, a process that typically takes less than 24 hours.

After the announcement, the La Joya City Commission tabled a resolution to accept $55,000 through a border security grant program called Operation Border Star.

La Joya planned to spend $51,000 on overtime pay for officers and $4,000 on vehicle maintenance, according to the grant application.

The program required La Joya to submit a signed statement promising to “participate fully in all aspects of the programs and procedures utilized by the U.S. Department of Homeland Security (DHS) to: (1) notify DHS of all information requested by DHS related to illegal aliens in the custody of the Grantee; and (2) detain such aliens in accordance with requests by DHS.”

The La Joya City Commission, City Administrator Mike Alaniz and police Chief Adolfo Arriaga support the decision not to “house” inmates for ICE, Salinas said in the recorded statement, adding that it’s simply the right thing to do.

“We are not going to violate the law,” Salinas said, adding later: “I do want to express and ask for all the other mayors to at least support us in La Joya or to do the same thing in their cities.”