A 37-year-old mother, her 5-year-old-son and a family friend were killed early Sunday morning after a fire broke out in her home, injuring four others.

Maria Izabel Maldonado was identified as the 37-year-old mother who was killed in the fire at 10900 Karen St., near Mile 9 Road and Bentsen Palm Drive according to Hidalgo County Fire Marshal Investigator John Franz. The fire killed her son and a pre-teen boy who was spending the night with the family. The fire also critically injured Maldonado’s husband and an 11-year-old-boy, both of whom were flown out of the Valley to be treated in San Antonio and Galveston, respectively, Franz said. 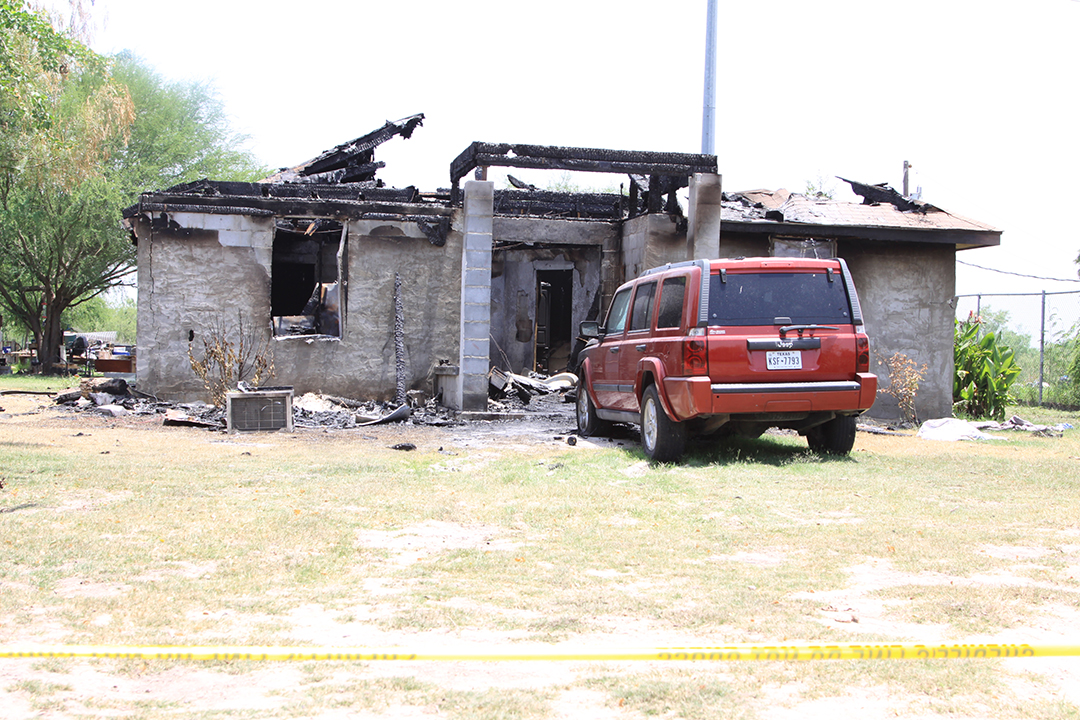 A 14-year-old girl and the twin brother of the deceased 5-year-old boy were transported to a local hospital, Franz added.

The Alton Fire Department were the first on the scene after receiving the dispatch call at 2:59 a.m., Alton Assistant Fire Chief Rudy Barrera said, adding that the fire is still under investigation.

“I’ve been with the city for five years and this is one of the hardest fires I’ve ever encountered,” Barrera said. “When we arrived, the roof had almost completely collapsed onto the house and it was a cinder block home, which essentially heated up the house much faster and made it much more difficult to fight the fire. The lieutenant in charge had to request backup from the McAllen Fire Department and the Hidalgo County Sheriff’s Office.”

All three departments were at the scene trying to put out the fire for three hours, Barrera said.

A Gofundme page was created by a family friend hours after news of the fire broke out. The fundraiser, which can be found at https://www.gofundme.com/sbmhnz-funeral has raised more than $7,000 as of press time.

He also noted the heroism on display from officers at the scene.

“When two of our deputies from the sheriff’s office arrived, one of them ran into the house without any protective gear and got the 11-year-old boy out of the house through a window,” Franz said. “He could’ve expired had it not been for the quick thinking put into place by one of the officers at the scene.”

According to Barrera, the house lacked a smoke alarm, which contributed to the deaths at the scene.

“There was no warning for this family since they had nothing to wake them up in the middle of the night to alert them of the fire,” Barrera said. “Smoke alarms save lives.

Franz agreed with Barrera and urged people to ensure they have a working smoke detector in their home.

“Whenever there’s a fire, it’s always a tragedy because it does not discriminate,” Franz said. “Fire does not look at geographic location or socioeconomic status-no one is immune to these kinds of tragedies, people need to take steps to mitigate events like this.”