Free healthcare services offered at Operation Lone Star, which historically drew over 1,000 people per day to six sites across the Rio Grande Valley, is not worth the risk of deportation or family separation for local residents. 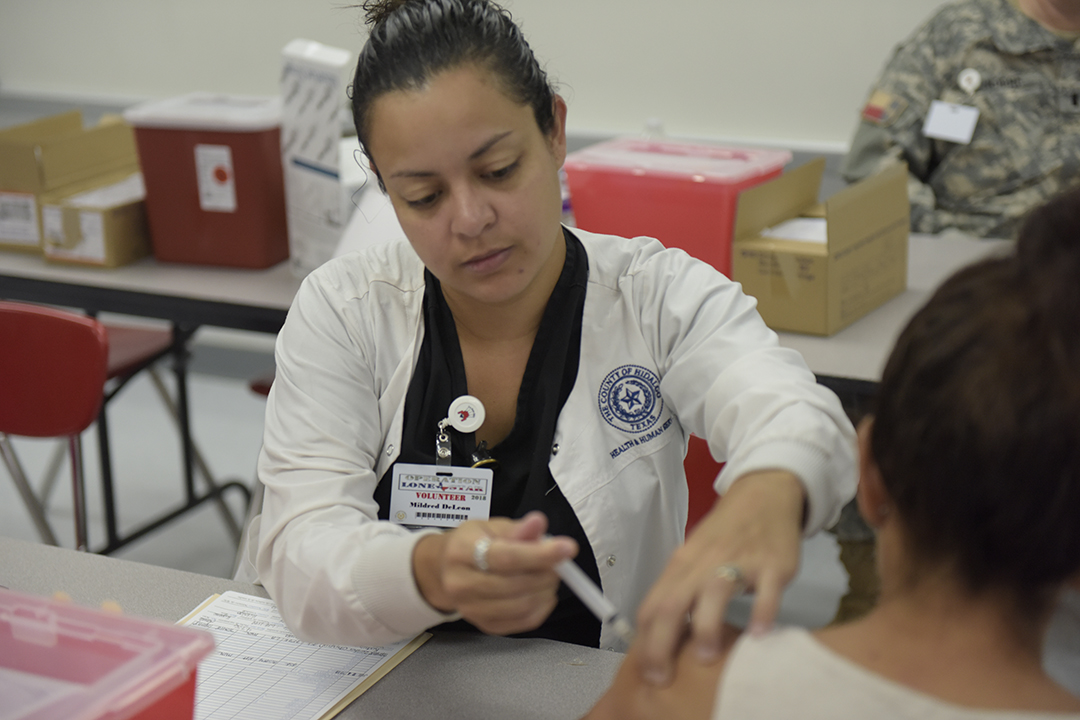 There were reports of patients lining up outside the night before just to ensure they were seen by doctors.
This year at the Juarez-Lincoln High School location in Mission, the turnout has not been nearly as high as in the past according to Mission Mayor Armando O&rsquo;ca&ntilde;a, the Emergency Operational Coordinator for the La Joya Independent School District, and Public Information Officer Blanca Cantu, also with LJISD.

As of Wednesday at 10 a.m., the Juarez-Lincoln site had only served 374 people in total. According to O&rsquo;ca&ntilde;a, this has been a lower turnout than last month&rsquo;s Initiative Readiness Training, which was held at Clinton Elementary School.

“It&rsquo;s because of the effect that ICE has had in this area,&rdquo; O&rsquo;ca&ntilde;a said. “Before the Initiative Readiness Training, they [ICE] did a pickup. They had 50 units at Junior&rsquo;s [a supermarket], a combination task force picking up people around the area here.&rdquo;

O&rsquo;ca&ntilde;a, who has been part of Operation Lone Star annually for 17 years, said people in the La Joya area have been wary because of their fear of the presence of U.S. Immigration and Customs Enforcement and the Texas Department of Public Safety.

“The people from here call them ‘los mapitas,&rsquo; because the DPS has a map,&rdquo; O&rsquo;ca&ntilde;a said. “And they already know if ‘los mapitas&rsquo; pulls you over, they&rsquo;re going to ask you for citizenship. And right behind them comes the Border Patrol.&rdquo;

The La Joya location has not had dental or vision services since 2016, a decision made by the Hidalgo County Health and Human Services.

“We had our facilities ready for them [dental and vision screenings], we had two gyms,&rdquo; O&rsquo;ca&ntilde;a said. “We had the facilities, the staff, the support and the supplies that they needed also. But it was a decision that was made by Hidalgo County.&rdquo;

Cantu said the low turnout was noticeable in all six sites that OLS was available at this year. O&rsquo;ca&ntilde;a mentioned that the members of the U.S. Military present would not check Identification cards or residency, and they are there to do a good deed.

“Foremost, this is for preparedness,&rdquo; Cantu said. “The low turnout has been throughout the operation, it&rsquo;s not isolated here, it&rsquo;s all along the border.&rdquo;

The attendance of people was alarming for O&rsquo;ca&ntilde;a and Cantu, who said that the military and they were there to both provide free healthcare and practice for Annex H, which is called on in the event of a health emergency or terrorist attack using a biological weapon.

“This is a drill for us,&rdquo; O&rsquo;ca&ntilde;a said. “We&rsquo;re drilling our emergency operation plan in this district.&rdquo;

Dr. Richard Male, who is with the military and is the Chief Medical Officer of this operation, treated a patient who had not been to a doctor all their lives.
“I was told that they had never seen a doctor,&rdquo; Male said. “They were about 60 or so [years old]. We&rsquo;ve been seeing a lot of good cases.&rdquo;

According to O&rsquo;ca&ntilde;a, people in the La Joya area are the “poorest of the poor&rdquo; and health care is either too expensive or not available. Male said their doctors refer people to outside clinics after they are screened at the OLS event.

“We send all of them there [local clinics], there&rsquo;s no question,&rdquo; Male said. “As a matter of fact, I instruct all the clinicians that that&rsquo;s our purpose, to get people to the facilities here that are already established.&rdquo;

This is Male&rsquo;s ninth year with Operation Lone Star, and he said as a member of the Texas State Guard with the medical brigade, OLS offers them a vital part of their training for future disaster response.

Despite the substandard economic demographics in the area preventing people from having regular access to health care, O&rsquo;ca&ntilde;a said residents are more afraid of ICE and DPS.

“This is a golden opportunity for families, it&rsquo;s here, and it&rsquo;s well planned for, it&rsquo;s accessible, it&rsquo;s free,&rdquo; O&rsquo;ca&ntilde;a said. “There has been a major difference from three years ago to now. It&rsquo;s really a shame, that people are deprived of this through their fear.&rdquo;

The La Joya operation had the capacity to serve over 1,000 people per day, and in the past utilized 400 volunteers to make the event possible. This year, they have only needed a little more than 200 volunteers.