Drug seizures at the Falfurrias checkpoint dropped nearly 90 percent from 2014 to 2017, according to the Texas Department of Public Safety. 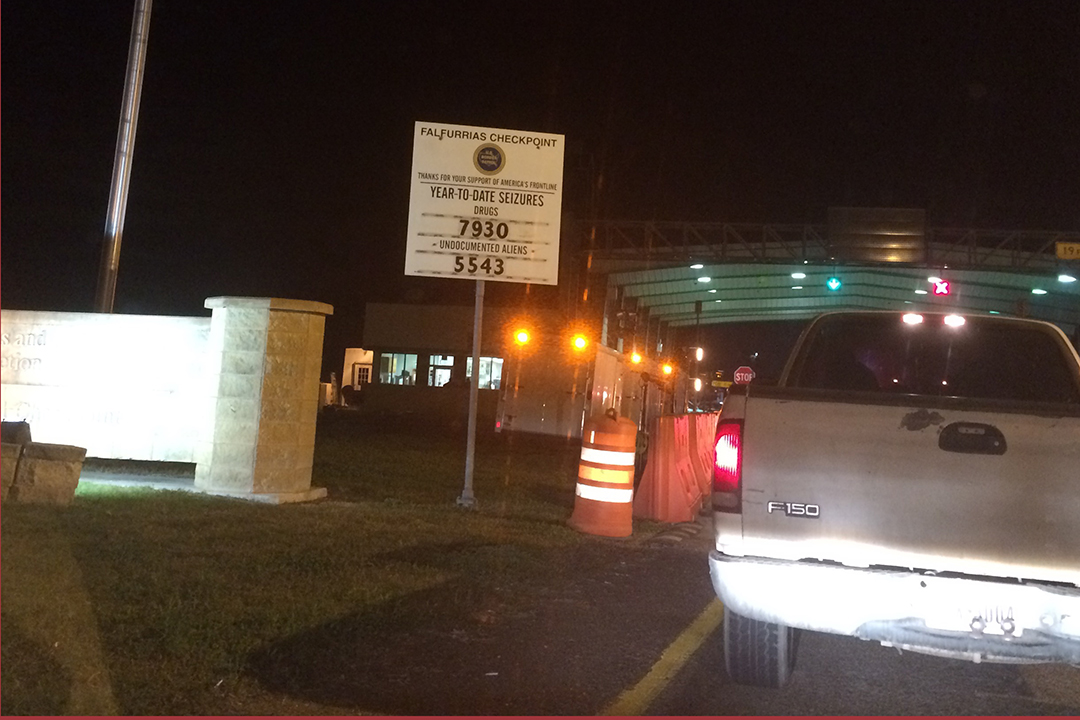 Big drug busts became less common when Colorado and other states legalized marijuana, Guerra said. Measured by weight, marijuana made up the majority of drug seizures.

“You’re not seeing those big loads,” Guerra said, adding that some smugglers shifted to heroin and methamphetamine. “They’ll make more money and it’s a much smaller drug to conceal.”

“Legislators also asked us to report on marijuana seizures in the Rio Grande Valley,” McCraw said. “And this is Border Patrol data that we used. And as you can see, there was a 60 percent reduction during that period of time. In cocaine, there’s a 26 percent reduction.”

“If we get to the Border Patrol checkpoints — we’ve used this before — 87 percent reduction in Falfurrias,” McCraw said.

Border Patrol didn’t respond to questions about the data and ignored an interview request.

When the Progress Times filed a formal request under the Texas Public Information Act, an attorney for U.S. Customs and Border Protection argued that releasing the data could allow drug traffickers to “identify vulnerabilities and avoid detection.”

“More importantly, CBP does not release seizure data for specific checkpoints because they
reveal the limits in its law enforcement coverage and inform smugglers and organized criminals
of possible seams or gaps in its enforcement effort,” according to arguments the attorney submitted to the Texas Attorney General’s Office.

“I believe that it just causes a shift in the other counties, either east or west of us, when that happened,” Guerra said, adding that conversations with other sheriffs confirmed his suspicions.

For example, law enforcement improved security near the Falfurrias checkpoint. The number of people caught walking through the brush to avoid the checkpoint jumped roughly 25 percent, Martinez said. Smugglers headed west, walking migrants across ranchland near the Brooks County-Jim Hogg County line instead.

“It’s all about money,” Martinez said. “And when you get money involved, it’s hard to stop something.”