For the second year in a row and the seventh time in the past ten years, a Mission Consolidated Independent School District (CISD) teacher has been named a Teacher of the Year by the Region One Education Service Center (ESC).

During a special banquet honoring 49 teachers of the year from throughout the Region One area, officials announced Rhonda Peña as this year’s Region One Elementary Teacher of the Year. 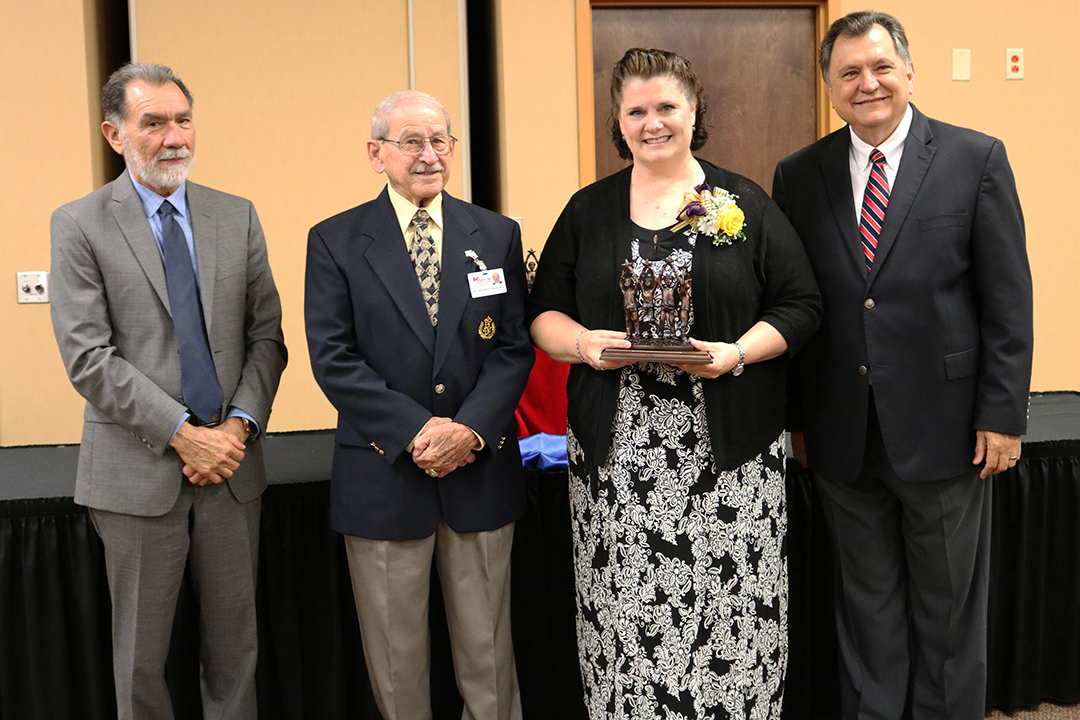 During her time teaching, Peña has not only been making a difference in the lives of her students, but she has quietly been earning recognitions along the way. She was a recipient of the H.E.B. Excellence in Education Lifetime Achievement Award Winner (2017), Farmers Insurance Thank America’s Teachers Grant (2017), and was also selected as Bryan Elementary Teacher of the Year twice (2018 and 2012).

The quality of Mission CISD teachers and their applications have caught the eye of the Region One Teacher of the Year judges many times over the years.

Hines also was a state finalist for the Texas Teacher of the Year award. Teacher of the Year nominees submitted an application consisting of essay questions asking nominees to describe a lesson or unit that defines them as a teacher, describe a project or initiative that has contributed to the improvement of overall school culture, an explanation of how they ensure that education transcends the classroom, what they consider to be a major public education issue, and finally, as a spokesperson for the profession what their message would be to teachers, students and to the public.

For the Region One award, a committee comprised of representatives from various teacher and administrator groups evaluated the essay applications.