The Agua Special Utility District board is considering a five-year plan to increase water rates.

During a workshop at Schlitterbahn on Aug. 4, the utility board met with Jeff G. Snowden, the president of Frisco-based Capex Consulting Group. 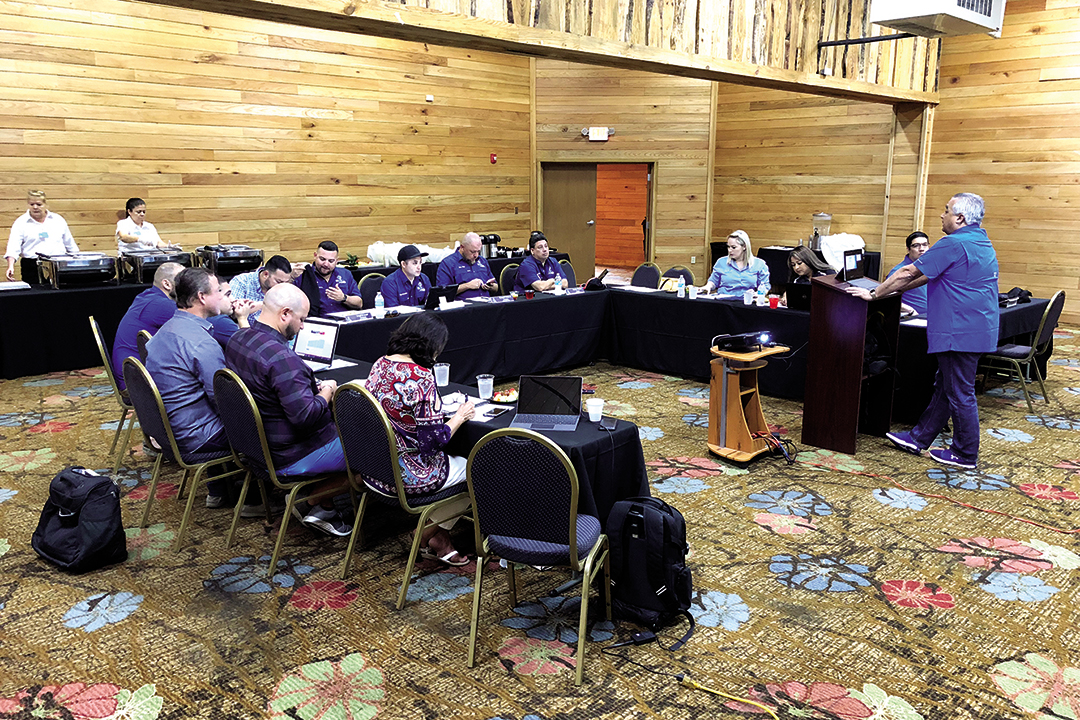 The utility board hired Snowden in September 2017 to conduct a comprehensive analysis of operating costs, debt obligations and the current rate system.

After reviewing the numbers, Snowden recommended the utility board increase water rates every year for the next five years.

“Systems that don’t do small, gradual, annual increases, they’re the ones that make the paper in five years,” Snowden said, adding that they suffer financial crises when revenue doesn’t cover expenses. “You don’t want to be there.”

The average water customer would pay about $1.44 more per month, Snowden said.

Snowden also suggested the utility district change how the sewer rate is calculated, which would increase sewer bills.

The utility district currently calculates residential sewer bills by averaging the three lowest months of water usage from the previous year. Snowden said many utilities use the “winter average” — December, January and February.

Calculating sewer charges based on the winter average would increase customer bills by $1 to $1.25 per month, Snowden said.

“Not a huge burden on your ratepayers, but it helps tremendously with your revenue,” Snowden said.

“That’s a lot of money left on the table,” Snowden said.

While the utility board appeared receptive to the changes, how customers will react remains unknown. Many already struggle to make ends meet.

In June, the utility district sent late notices to about 34 percent of customers — nearly 5,400 people — who didn’t pay on time, according to data reviewed during the workshop. Nearly 550 customers were disconnected.

“I know it’s tough,” said utility board President Roger Hernandez. “But we have to look at the overall picture.”

Hernandez said the utility district works with customers who request payment plans or qualify for the lifeline program, which provides a discount to low-income customers.

Director Homer Tijerina said the utility board must find a way to keep rates affordable while covering operating costs.

“We have to get an in-between,” Tijerina said.

General Manager Jose E. “Eddie” Saenz asked Snowden to prepare a draft of the new rate schedule, which the utility board may review at an upcoming meeting.