With an estimated 38 million citizens in 16,000 communities participating in National Night Out, one small city in the area celebrated this event for the first time.

Tuesday marked the 35th annual National Night Out, a nationwide event that promotes relationships between communities and the law enforcement officers that protect them. For the first time ever, the city of Alton participated in this event by holding this community-building event at the Sylvia Vela Park. 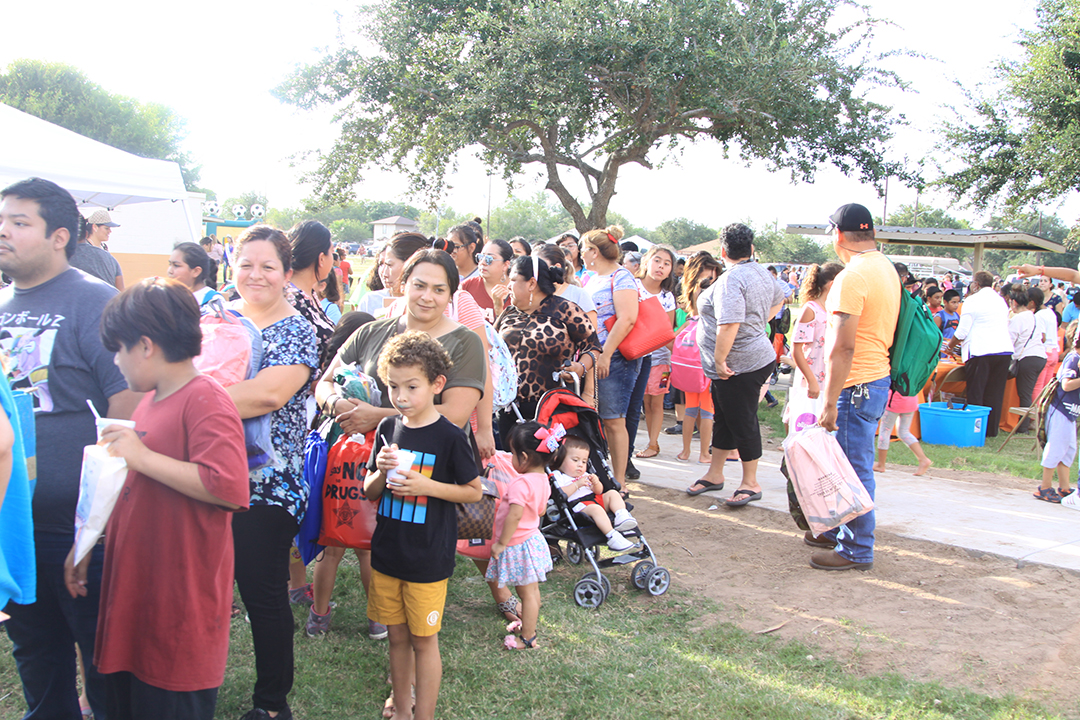 “This event is for the community, it’s for you guys to come out and enjoy all the good things going on in our community,” Jonathan Flores, Alton’s police chief said to the crowd attending the event. “We want you guys to meet our local department that serves you and also want to develop a strong partnership with the community we serve. It’s because of the hard working men and women of law enforcement that we are able to gather and enjoy these activities. I thank you for coming here.”

According to Samm Mercado, the city’s recreation director, an estimated 800 people were at the event.

Attendees were treated to live music, 38 different vendors who were giving out free snacks and school supplies and 17 local law enforcement agencies from across the Valley.

“This is where you get to know officers, you’re not going to show up to the police department and say ‘Oh hi, my name is…’” Theresa Padilla said. She and her-in-law, Marilya Padilla, attended the National Night Out with their combined five children.

“The free school supplies help a lot and the kids are having fun and it feels good meeting these officers and knowing who they are,” Theresa said.

Flores, who was sworn in as police chief last spring, said among the changes he wanted to bring was more visibility in the community. This event helps form a relationship between the police and community, he said Tuesday.

“It bridges the gap between the community and the officers that serve them and shows them we are here, we’re approachable and they should come to us with any problems they have,” Flores said. “We’re here to help them in any way we can.”

During his speech at the beginning of the event, State Rep. Bobby Guerra urged attendees to do one simple task for their police department.

“When you see these officers, go up to them and shake their hand and tell them ‘thank you,’” Guerra said. “All they want is the best thing for you and your safety.”