Led by La Joya ISD Board Member Alejandro “Alex” Cantu, the group began walking at 4 a.m. last Friday morning and finished at the offices close to 12 p.m. This was the first prayer walk to take place for the district, and the group walked about 21.32 miles. 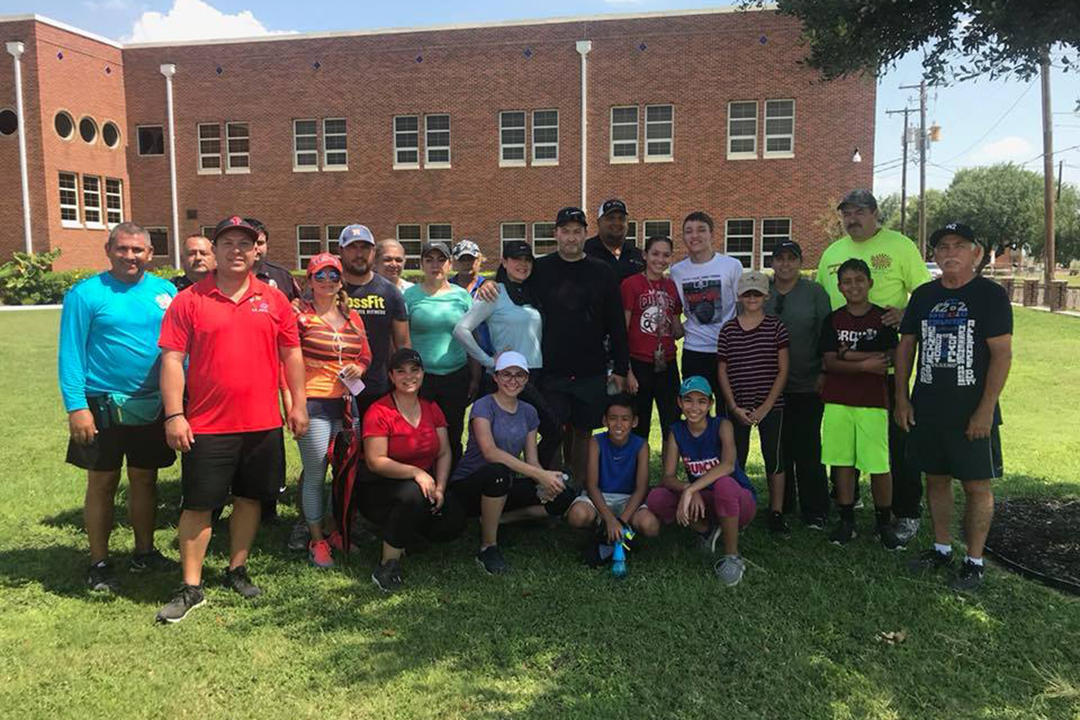 “[There is] so much stuff going on around the world right now, especially with our kids,&rdquo; Alex Cantu said. “I figured since politics and religion don&rsquo;t mix in the schools, and we&rsquo;re not going to put this [prayer] in our schools, I thought we needed God in our schools somehow.&rdquo;

Victoria “Vicky&rdquo; Cantu, a board member at South Texas College and Alex&rsquo;s wife, said there was no better way to bring in the new school year.

“My husband felt the calling in his heart to fulfill this promise and decided to open the invitation to all community members,&rdquo; Vicky Cantu said. “My simple motivation was to seek refuge in our Lord Jesus Christ to fulfill a promise to our students, teachers, staff and administration so they know they are not alone and we as community members support them.&rdquo;

According to Alex Cantu, the trek was a way to exercise humility and incorporate prayer for the upcoming school year.

He clarified that they were going to follow the rules of the law when it comes to religion in public schools, but hopes this walk was a way for people of all faiths to come together for the betterment of the community.

“It doesn&rsquo;t matter what religion you fall within or not,&rdquo; Alex Cantu said. “As long as we all try to do what&rsquo;s right and we all try to put God first, that&rsquo;s what motivated me.&rdquo;

This was the first walk of this nature held by public officials.

Some of the people who participated in the walk were Victor Garza, J.J. Pe&ntilde;a, Jose Roel Flores, Vicky Cantu, Raul Gonzalez and Raymond Segovia. According to the Cantus, their overall goal was to bring blessings to LJISD.

“Afterward (the prayer) I got emotional, because it was a hard walk,&rdquo; Alex Cantu said. “But it was for a good cause. I was humbled because of that.&rdquo;

He continued by saying that he is still feeling the blisters on his feet days later, but is grateful for the opportunity to do it and said it was all worth it.

“When I reached out to the community, to the district, to the Police Department in Pe&ntilde;itas, it all came together,&rdquo; Alex Cantu said. “It was something motivational for them too. Everybody was very receptive to the idea.&rdquo;

Vicky mentioned that the group united to bring hope to the school district.

“With violence at an all-time high in our public schools and bullying becoming part of the landscape, our children are being left to unforeseen tragedies,&rdquo; Vicky Cantu said.

Alex said he was sentimental about it, because it was such a big accomplishment for all those involved, and it was special to him.

Alex and Vicky Cantu both hope the walk grows as the years go by and more people become involved.

“We try to do what&rsquo;s right,&rdquo; Alex Cantu said. “That&rsquo;s what we try to accomplish. If that means having to walk more miles on a yearly basis to give a blessing to our employees and our community and our kids, you know what? It&rsquo;s worth it.&rdquo;

“This is only the beginning of an amazing tradition,&rdquo; Vicky Cantu said.