He passed August 12, while on a camping trip with Boy Scout troop 83. His wife of 26 years, Beatriz Trejo, said he was doing one of the things he loved. 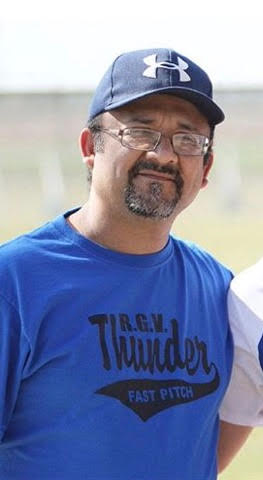 “This was him in a nutshell: softball, Boy Scouts and family,” Beatriz said. “When he passed, he was doing what he loved, he was out there scouting with my son. They were camping.”

“We’re finding out how much of an impact he had,” Beatriz added. “He stayed here, so everyone knows him.”

Family and community members have been gathering all
week, lending their support to his wife, children Ina and Antonio Trejo and his siblings. Ina and Antonio said he helped people all over the Rio Grande Valley, and was known in many cities.

“He gave so much of himself,” Ina said. “He didn’t expect anything in return, he did it because he loved everyone. He was a great dad, the best dad.”

Visitation and a rosary for Jesus was held Tuesday at Ric Brown Family Funeral Home, and a funeral mass was held Wednesday at Our Lady of Guadalupe Catholic Church in Mission. His final resting place is at the Laurel Hill Cemetery, also in Mission.

His family described him as compassionate and caring, and said he never shied away from who he was, no matter who he was talking to.

“I’m the person I am today because of him and what he taught me,” Ina continued. “He did a lot for girls all over the Valley.”

One of his passions was softball, and he coached the sport for several years. Jesus was a softball coach for RGV Thunder, and a two-time National Championship coach.
Ina was grateful for the support given from her father, who got to see her play softball in college and recently graduate.

“That was an honor for him,” Beatriz said. “He pushed her and we were there every game. He made sure. And even when he wasn’t coaching her, he was coaching from the sidelines.”

Jesus coached many softball players throughout the Valley through his work with RGV Thunder, and Beatriz said he helped motivate several girls to go on to the next level.

Jesus worked closely in RGV Thunder with his brother-in-law Marcelino Barbosa, who is married to Jesus’ sister Debra Mae “Debbie.” Both spoke highly on his character and his dedication to not only family, but the community as a whole.

“There were so many people at the viewing last night, educators, students, classmates, coaches, teammates and so many Boy Scouts,” Debbie said. “He was a man who wore different hats and had different titles, and it was very comforting to know that he had an imprint on everyone’s heart.”

“He was an excellent math instructor,” Debbie said. “His students are now excelling, and they had siblings who wanted to be in his class. He always had lunch with his students in the cafeteria. He was an educator. He never gave up on kids, he always instilled how they can better themselves.”

Beatriz, Ina and Antonio said because of Jesus, they were able to meet so many people and gain many friends over the years.

“He was a family man,” Beatriz added. “He was loved and loved back, unconditionally.”