Divers found Elias Barajas, 18, of Mission dead on Sunday afternoon, when they pulled his lifeless body from a lake in Alton. 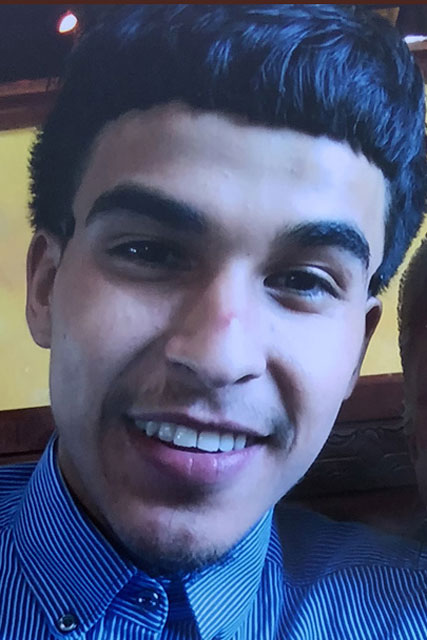 An autopsy “revealed the cause of death to be drowning and the manner accidental,” according to a news release from the Alton Police Department. Police Chief Jonathan Flores, though, said the drowning remains under investigation.

“He was a great kid,” said his sister, Erika Barajas, adding that investigators hadn’t told the family why Elias drowned. “We don’t know what went wrong.”

Members of the Barajas family said they last saw Elias on Thursday, Aug. 9. When he didn’t come home, they filed a missing persons report on Saturday.

Officers determined Elias had been walking near the intersection of North Chicago Street and East Harding Avenue early Friday morning. That intersection is part of a neighborhood south of St. Jude Avenue between Mayberry Road and Alton Boulevard.

Thick brush separates the neighborhood from a small lake. Several tiny islands dot the lake, which is part of the city drainage system and connects to a nearby canal.

“We had some witness information that he entered the water and nobody ever saw him come out,” Flores said.
Flores declined to identify the witness or witnesses, concerned that information might compromise the investigation.

Why Elias entered the water remains unclear. Asked whether or not police had been searching for Elias on Thursday night or Friday morning, before the Barajas family filed a missing persons report, Flores declined to comment.

“I can’t confirm that at this time,” Flores said.

The Barajas family filed a missing persons report with the Mission Police Department on Saturday. After reviewing the report, Alton asked the Mission Fire Department dive team to search the lake.

“It was just sudden,” Erika Barajas said. “Nobody thought it was going to happen.”

“The pond was kind of hidden,” Ochoa said. “I don’t know how he could have gotten in there or if he knew that pond was there.”

Ochoa said he always requests an autopsy after a drowning as a precaution.

Investigators agreed with the autopsy report, which concluded Elias drowned as the result of an accident.

Friends described Elias as a happy-go-lucky guy who loved cracking jokes. While he occasionally had problems, Elias always remained upbeat.

The word “Blessed,” tattooed on Elias’ left hand, underscored that attitude. Elias also had a cross, along with a palm tree, clouds and praying hands, inked on his right arm.

He played junior varsity football at Palmview High School during freshman year and talked about buying a truck, according to friends.