Candidates supported by Team Un1ted filed for school board Monday, accompanied by more than 70 supporters from across western Hidalgo County. 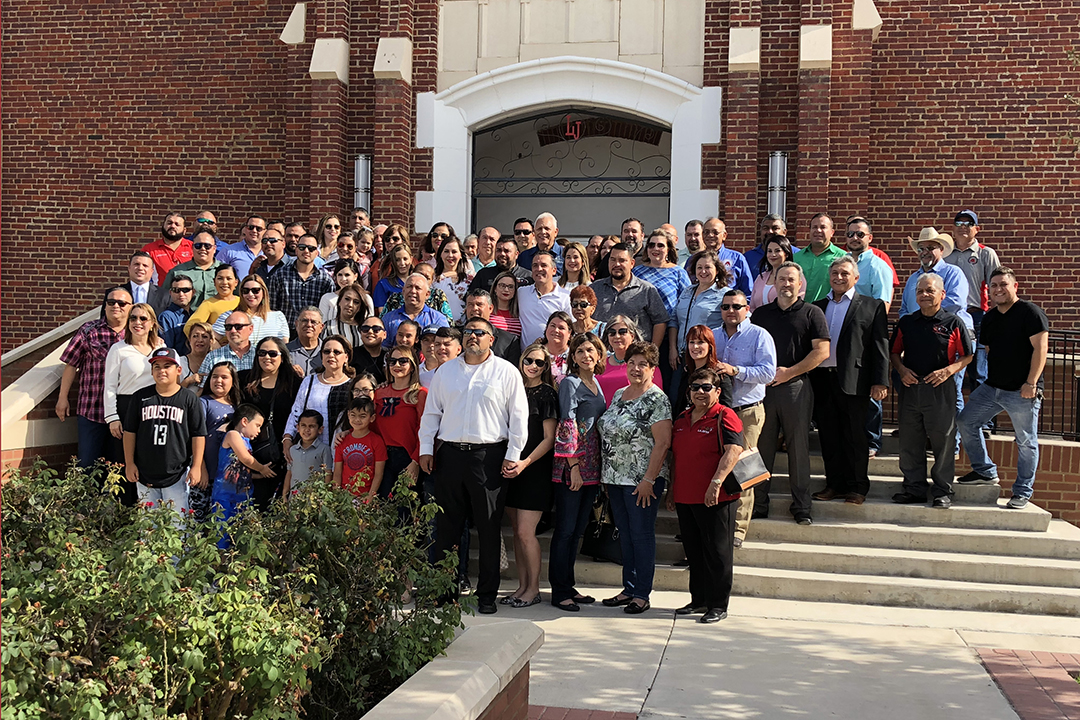 “Both of these ladies have a lot of experience in education,” said Alaniz, 42, of Palmview, the CEO of the La Joya Area Federal Credit Union.

“I look forward, again, to working hard and getting this election going,” Nereyda Cantu said, drawing applause from the crowd.

Team Un1ted will face several independent candidates — if the fragile political coalition holds together.
Nereyda Cantu will run for Place 1, the seat held by incumbent school board Trustee J.J. Peńa.

Ochoa will run for Place 2 against incumbent school board Trustee Frances Salinas, 50, of La Joya, the executive director of the La Joya Housing Authority; and teacher Pamela Flores, 49, of Palmview.

Supporters spent months asking her to run, but Ochoa politely declined, concerned about her health.

Ochoa said doctors diagnosed her with Stage 0 breast cancer during June. She’s scheduled for a lumpectomy in November.

After the Stage 0 diagnosis and conversations with her mother, Ochoa said she decided to run.

“The voice of the professionals, the educators, to a certain degree, has been neglected,” Ochoa said. “And as an educator, they know that I will be not only advocating for them, but voicing what’s best for them and their campuses.”

Running for Place 2 pits her against Frances Salinas, but Ochoa said the move wasn’t meant as a slight.

“I know I’m going against Frances because that’s the place that I was placed in. It is nothing against Frances. I think she’s done well,” Ochoa said, adding that Frances Salinas served the district admirably. “It’s not about her, but it’s about running in Place 2.”

The board appointed Frances Salinas, the daughter of La Joya Mayor Jose A. “Fito” Salinas and City Commissioner Mary Salinas, in August 2017 to replace school board Trustee J.J. Garza, who resigned and pleaded guilty to federal wire fraud charges. She also took J.J. Garza’s job at the housing authority.

Frances Salinas, who filed her ballot application on July 31, declined to comment. Whether or not she’ll form a rival team remains unclear.

Alaniz will run for re-election to Place 3.

“I think I bring some experience and some knowledge to the table, as far as how to combat some of this stuff,” Alaniz said. “I’d just like to keep up the innovative thinking we’ve had on the board.”

Hernandez filed an appointment of campaign treasurer form on Aug. 7, but left the box specifying which place she would run for blank.

“Family and friends of LJISD, after much consideration and encouragement from many of you, I’ve accepted the challenge to run for school board trustee,” Hernandez wrote in a Facebook post. “It’s time to change the focus back to what really matters, our students, community, and resources for our teachers and staff.”

On Wednesday night, Hernandez announced she planned to file her ballot application.