Every two years the University Interscholastic League (UIL) takes on the task of reclassifying and realigning the conferences and districts high schools across the state of Texas are members of. Schools are assigned to conferences, ranging from 1A to 6A based on student enrollment numbers, and to districts within those conferences, which are for the most part geographical.

Since it opened its doors in 2008, Palmview High School has been classified as a member of the largest conference in the state, either 5A or a 6A. The difference being that prior to 2014, 5A was the largest classification in the state of Texas. However as of 2014 the UIL renamed the conferences with 1A becoming 2A, 2A becoming 3A and so on. That was when Palmview High school went from being a 5A school to a 6A school. So while the conference name changed, the school itself was not reclassified. 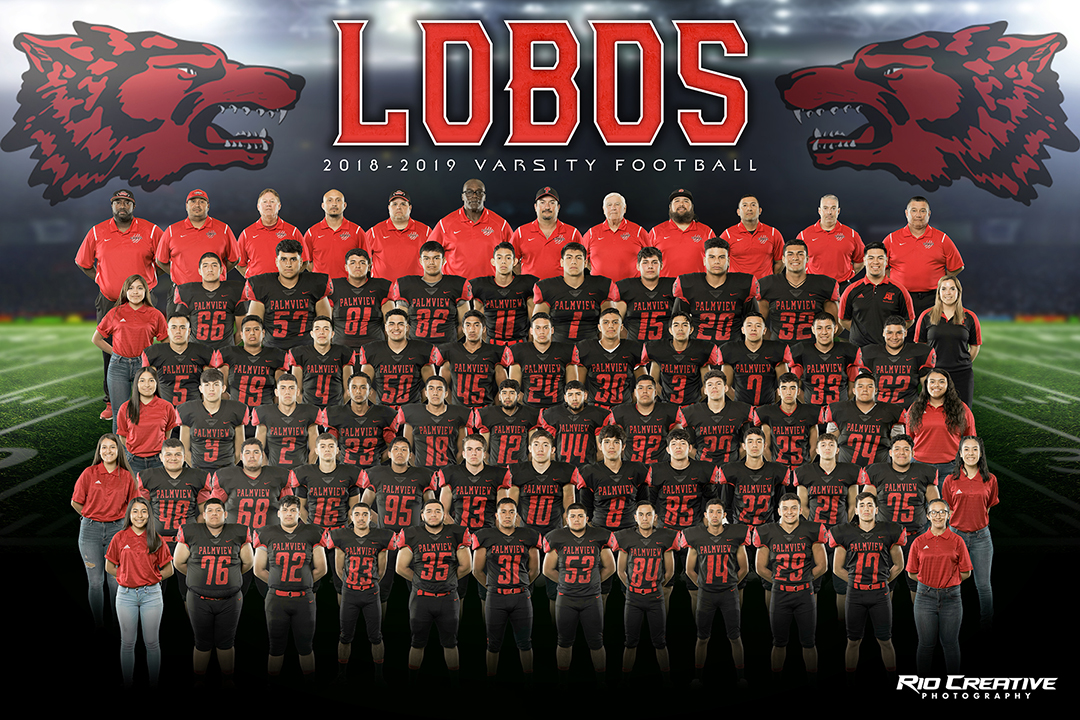 As of this school year however, Palmview High School has been reclassified as a 5A school. As a result, it will no longer be part of District 30-6A like its sister schools, La Joya High and Juarez-Lincoln. Instead the Lobos football team will now be members of District 16-5A-1, the same district the Mission Veterans Patriots are members of. Other members of this newly formed district are the four Brownsville teams, Pace, Porter, Lopez and Veterans Memorial, Donna High School, Rio Grande City, PSJA Memorial and PSJA Southwest. If you were keeping count, you would’ve realized that that’s a total of 10 teams in the district.

Palmview head football coach Mage Requenez shared how he and his players will have to adjust to these changes.

“With 10 teams in the district, we only have one non-district game on our schedule so we don’t have the luxury of playing multiple non-district games to help us find the right personnel,” Requenez said. “Now we have to make our choices by Week No. 1, In other words, you have to be ready to play much sooner when you’re a member of such a big district.”

After qualifying for the playoffs three years in a row, the 2017 Lobos not only fell short of achieving that goal, but they actually failed to win a single district game. Now with 10 teams vying for the district’s four playoff spots, the Lobos are going to have their work cut out for them if they’re going to claim one of those highly sought after spots for themselves.

“For us to make the playoffs, we have to execute and we have to cut down on the turnover ratio we had last year,” Requenez said. “Last year we were plagued by turnovers and if we can eliminate that, then we can have a good season.”

Despite the fact that last season was his worst as a head coach, Requenez is optimistic about his team’s chances this year.

“We have a number of last year’s starters returning on both sides of the ball,” Requenez said. “We’re looking a lot crisper and a lot faster so far this year. Last year we were very young and relatively inexperienced. We’re still young, but with one year under our players’ belts, we are looking to be much more successful this year.”

While the Lobos had difficulties on both sides of the ball last year, the defense gave up 304 points in 10 games. That is an average of just over 30 points per game. If the Lobos defense is going to turn things around this year, it will most likely be as a result of the play of senior defensive tackle Julian Olivares.

When asked what in his opinion went wrong last year and what the team is doing to turn things around this year, Olivares said, “Last year we had no discipline on either side of the ball and we had a lot of players that did whatever they wanted. This year we have a lot more players showing up than we had last year. So I feel that this year, all the players we have will help us to avoid losing all the games we lost last year.”

“I’m looking forward to going up against teams that have more of a spread offense,” Olivares said. “That will give us a chance to do a lot more pass rushing, I much prefer to rush a passing offense than to defend against a running offense.”

Offensively last year, the Lobos only managed to score an average of 17.6 points per game. If they are going to improve on that this year, senior running back Jalen Ybarra will have to come through in a big way. Like Olivares, Ybarra shared some thoughts on what it will take to get the Lobos back on the winning track.

The Lobos will be playing their only non-district game of the season tonight at home against the La Joya Coyotes. They will open District 16-5A-1 play at Rio Grande City against the Rattlers a week from tonight.