After 105 years of serving families with their loved ones, a local funeral home found another way to help families in need last weekend.

On Saturday, Aug. 25, Mission’s Flores Funeral Home held a free back to school event where they, along with several other vendors, distributed free school supplies all morning. 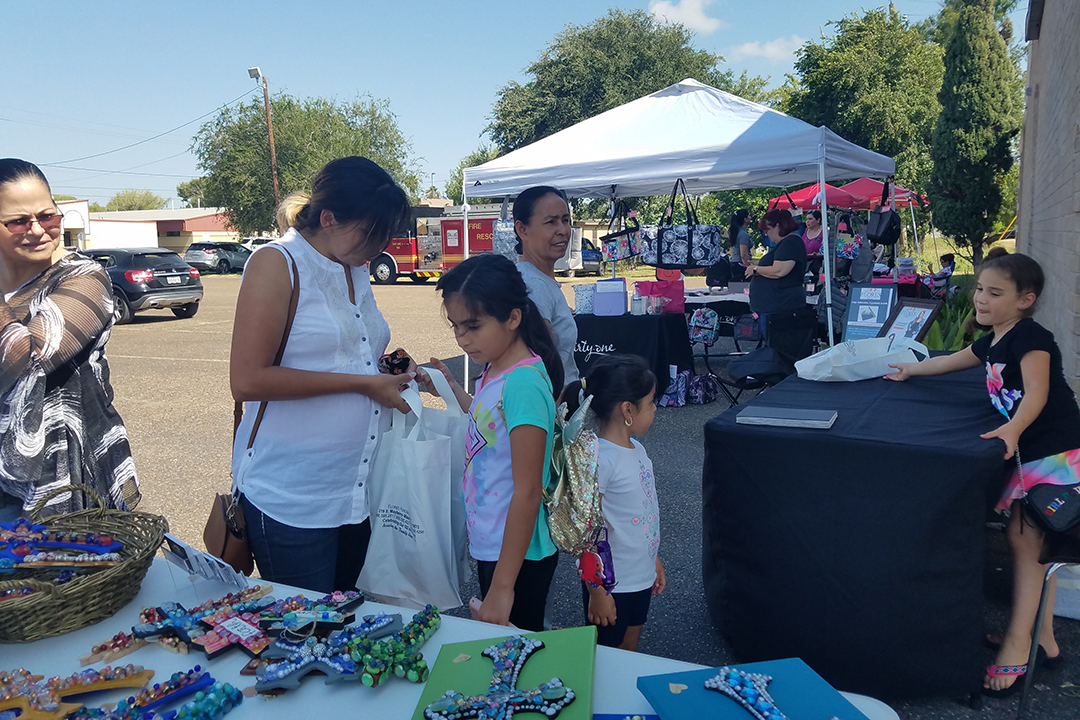 “It’s that time of the year where school is about to start and kids need school supplies,” Ramiro De Hoyos, executive director of the Texas Funeral Association said at the event. “This is the first time we do a back-to-school block party event. We’re going to continue to do little events like this.”

De Hoyos said the funeral home is planning events during Halloween and Christmas that will be similar to the back to school event.

Flores Funeral Home, located at 219 S Mayberry St., had vendors such as Rodeo Dental, RGV Queens jewelry and PHP Agency-financial service who distributed school supplies they purchased and even had free snacks.

The Mission Fire Department even stopped by with one of their trucks so attendees could take photos with them.

For Flores Funeral Home Director Veronica Imelda Flores, the back to school event was one she and the funeral home have wanted to do for years.

“This is one of the best ways we can help the families we serve,” Flores said. “We discussed this with Texas Funeral Associates and thought ‘why not give back to the community. There’s a lot of kids in need.’”

This year marks the 105th year of existence for Flores Funeral Home. The funeral home was started in 1913 by Flores’ great-grandfather Epitacio Flores and his son Jose Ricardo Flores. According to Veronica, the funeral home started because both men were carpenters who specialized in building caskets in their business in what would eventually become Flores Funeral Home.

The business has been passed down from generations, leading Veronica to become the first female funeral director in her family business in 1988. In 2005, her sister, Connie, then took over the business as its president and owner.

“There’s been so many families we’ve served in all those years,” Veronica said. “With this event it was just time to start giving back.”