After drinking a few beers with his brother, Palmview police Det. Jorge Padron handed him a pistol shortly before 10 p.m. on July 23. 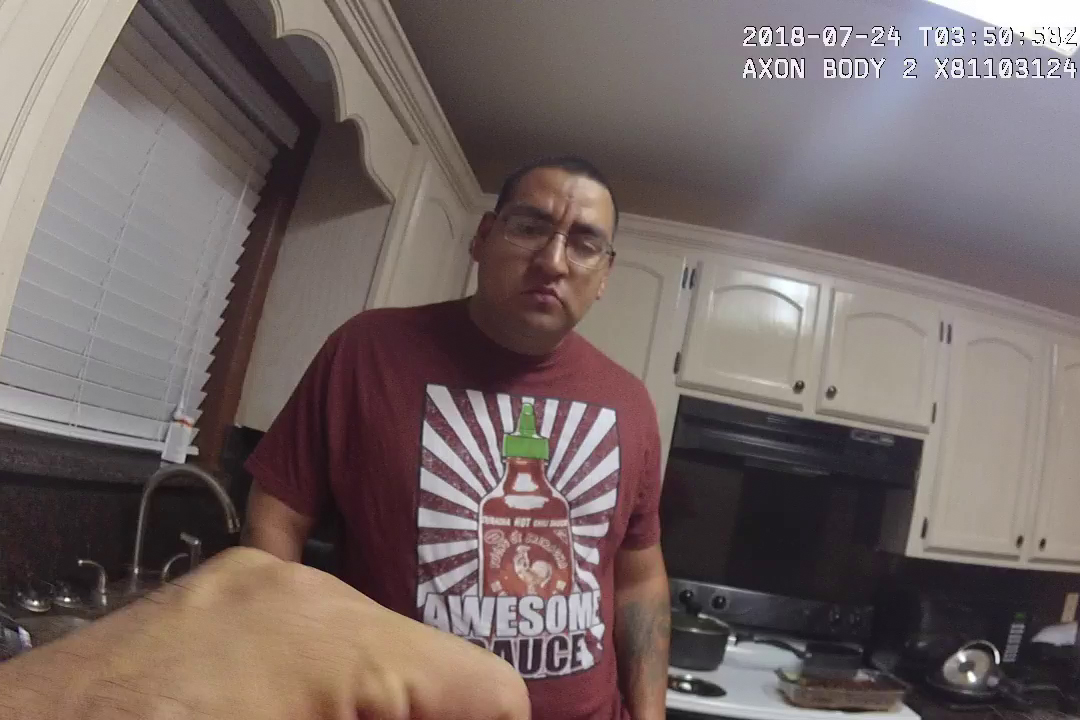 Jorge said he unloaded the FNX-45 pistol — a personal weapon the Palmview Police Department allowed him to carry on duty — before letting his brother, Daniel, handle it. After Jorge reloaded the weapon, though, Daniel grabbed the gun again.

“He wanted to try out the trigger pull on it. See how it felt,” Jorge said. “He thought the weapon wasn’t loaded.”
The bullet went through the TV, through the wall and landed in the next-door neighbor’s closet, according to police records. Nobody reported any injuries.

Jorge contacted the police department, which dispatched a fellow detective to investigate. A body camera captured their conversation in the kitchen.

“You think I’m going to get in trouble?” Jorge asked Det. Jose Lopez, who conducted the initial investigation.

“I don’t know, bro,” Lopez said recalling the instructions he received over the phone. “Pos, he just told me to come take pictures and that was it.”

Neither Jorge nor Daniel had much to worry about during the subsequent investigation.

After talking with them, police concluded the Padron brothers had been drinking but weren’t intoxicated. Officers left the scene without entering the adjacent apartment, which they were told wasn’t occupied that night.

A sergeant reviewed the information-only police report the following day.

“I recommend that no type of any charges be filed against Daniel Padron at this time as this incident is ruled an accidental discharge of a firearm,” according to the incident report prepared by Sgt. David Salinas. “I recommend Detective Jorge Padron at the minimum be counseled on this incident.”

For example, although the Padron brothers said they were drinking, the police detective couldn’t find any signs of alcohol.

After reviewing the file, Zamora agreed with the recommendation and decided not to punish Jorge.

“He didn’t receive any discipline,” Zamora said. “He received counseling on the safekeeping of firearms.”
Lt. Carlos Zamarron met with Jorge about the accidental shooting on Aug. 1. The department also provided Jorge with basic information about safe handling and storage of weapons.

“Especially drinking alcohol,” Zamora said. “I barbecue. And I also have my weapon with me. And it’s never happened to me. But I’m not out there showing it off to anybody: ‘Hey. You want to see my weapon? Look at it from far away. You’re not going to touch this.’”