Initially conceived as the location for its fire academy, the city of Alton has big plans for its Regional Training Center.

Located at 416 S. Alton Blvd., the city of Alton has spent a year converting its recycling warehouse into a state of the art facility that houses the offices of the RGV Empowerment Zone, La Unión del Pueblo Entero and will have office and classroom space for law enforcement training. 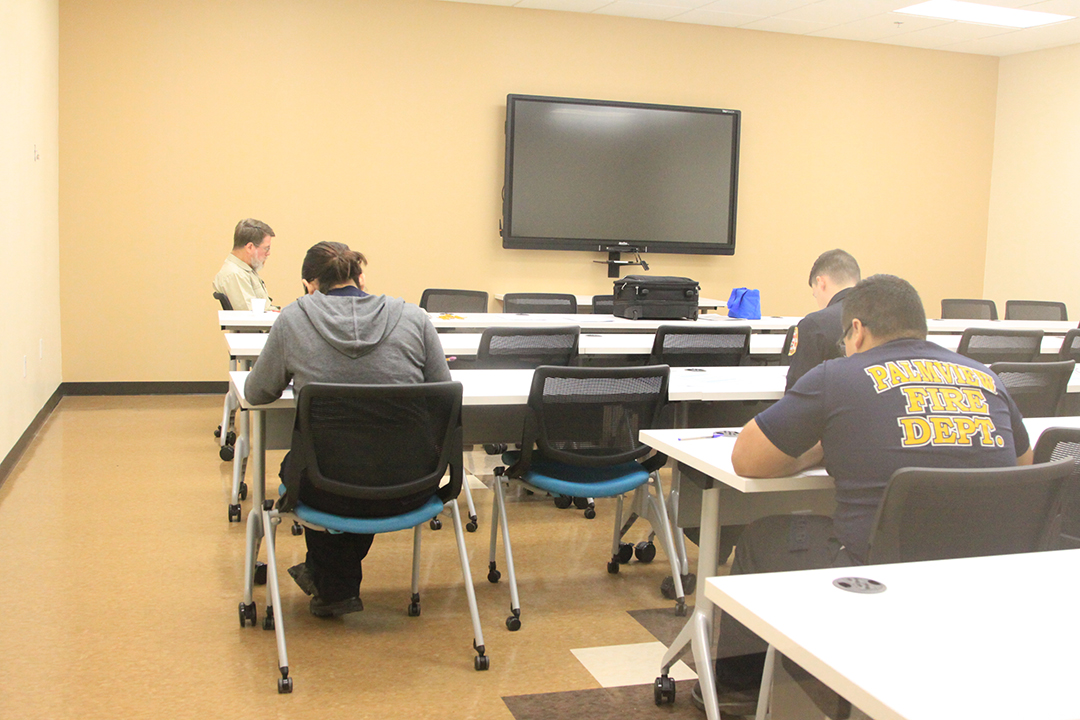 “We’re excited, Alton is going to become a destination point for this kind of activity,” City Manager Jorge Arcaute said.

Alton spent more than $600,000 to renovate the building. The wing where the regional training will be at has three classrooms and a conference room for lectures.

Arcaute said the city began renovating the building June of last year and had envisioned it as a place to host their fire academy. For years the fire academy had gained popularity in the Valley for being the only one in the area with online learning, Arcaute said.

Up until a few weeks ago, the academy was held at the city’s fire station.

“It was very inconvenient.” Alton Fire Chief Javier Garcia said of the old location. “It was one crammed classroom in the middle of the fire station for as many as 12 students, we needed something better.”

Despite starting as an academy, city leaders saw the building as a way to improve the city as a whole.

“We are stressing a lot of tech initiatives like our digitech library and citywide wi-fi that we want the city to be known for and this can be one of those initiatives,” Arcuate said. “We want people to see Alton this way and be known for that. Even folks at public works can use it, we’re looking forward to hosting a number of classes.”

Last month the training center hosted a leadership institute as part of a partnership with the FBI Law Enforcement Executive Development Association-a non-profit organization. They are committed to host two other courses with LEEDA next year.

On Wednesday, the training center was the site of an exam for 10 firefighters seeking to become certified.

According to Fire Captain Johnny Alvizo, the city was able to bring a proctor down to the center to supervise the test, a first for the city.

“The training is the purpose of this center and is increasing traffic to the area by bringing people who wouldn’t normally come here,” Alvizo said. “That’s a good economic benefit but I want people to come here and see what’s happening. That in itself is a story to tell, we want this center to be the hub for training in this area.”