The La Joya City Council held their first official meeting at their new city hall, and may have violated the Texas Open Meetings Act.

At the beginning of Tuesday’s city council meeting, Mayor Jose A. “Fito” Salinas addressed the public in attendance by prohibiting them from recording or taking photos of the meeting. 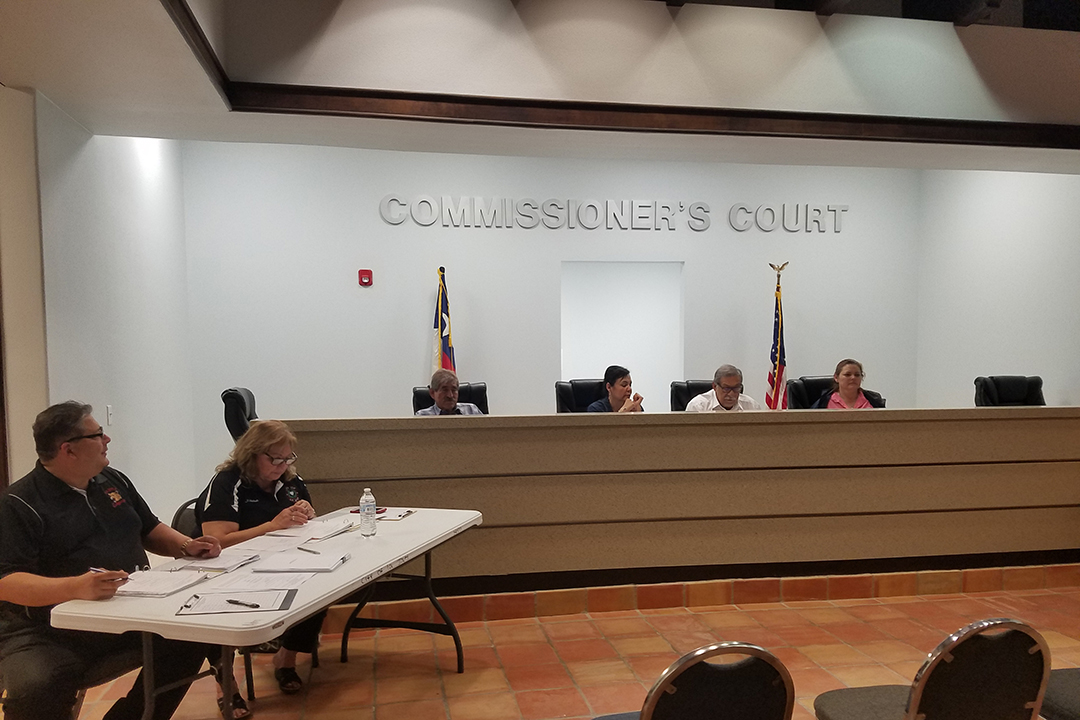 “This is the first official meeting at this new city hall so at this point in time, if anyone would like to keep something of history for your record, I will grant you these two minutes to take pictures,” Salinas told the crowd. “After that, I don’t want any pictures taken here.”

Salinas then motioned to the five police officers at the meeting, including city Police Chief Adolfo Arriaga, and said that anyone caught taking photos or recording the meeting would be escorted from the building.

However, according to the Texas Open Meetings Act, any member of the public in attendance of an open meeting may record the meeting “by means of a recorder, video camera, or other means of aural or visual reproduction”

A governmental body “may not prevent or unreasonably impair a person from exercising [this] right.”

According to a spokesperson with the Texas Attorney General’s Office, a governmental body found in violation of this act can have any action that took place during their meeting voided. Ultimately, it is up to the district courts to determine if a violation was made.
Actions the city took during the meeting included approving the hiring of two new police officers-Noralee Camacho and Michael Garza-and three budget amendments to the city’s general fund.

When Mayor Salinas was reached for a comment regarding the Texas Open Meetings Act, Salinas admitted to being unfamiliar with the law.

“I didn’t know that,” Salinas said of the act. “I heard that if we announced no one can record us, then it’s against the law for anyone to record anyone without being made aware of it. But if that’s the law, I would’ve allowed (the public) to record the meeting.”

City Attorney Michael Pruneda was not in attendance at the city council meeting. Texas has a law on wiretapping that says one party to a conversation must consent to recording any meetings or conversations, meaning one party can record a conversation between two people.

Tuesday’s meeting was the first for the city council at the new city hall, which had it&rsquo;s groundbreaking nearly two years ago. Located at 701 E. Expressway 83, the 15,200 square feet building will house the city’s police department and administrative offices.

Construction for the city hall was unfinished, Salinas said, saying that the meeting was held there because the city had publicized the location of first public hearing on the city’s proposed property tax rate.

“I wanted to have a grand opening before the meeting but we still have several items to finalize before the building is ready, “Salinas said, noting that the city is aiming to have the building in use by October.

The unfinished building may have contributed to Salinas’ prohibition. After the meeting, Salinas said he didn’t want photos of the unfinished city hall to be distributed during what he called a “heated” school board election.

Mayor Salinas’ daughter, Frances, is running for reelection on the La Joya Independent School District Board of Trustees. The Nov. 6 election has her facing off against former school board Trustee Esperanza “Espie” Ochoa and teacher Pamela Flores.

“I’ll have to check with the [city] attorney but I need to know what the law is and if that’s the law, then I won’t have a problem letting anybody record,”Salinas said of future meetings.