A man accused of stabbing a stranger during an argument over tortillas pleaded guilty last week — sorta.

Cesareo Guzman Cortez, 41, of McAllen, who is accused of stabbing another man during an argument over tortillas, pleaded guilty to aggravated assault with a deadly weapon on Sept. 4. 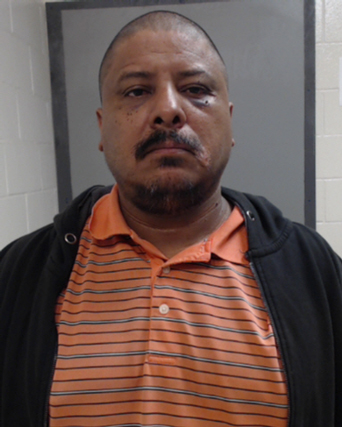 The plea, though, came with a condition: Cortez wants probation. If the judge sentences him to prison, Cortez will withdraw the plea.

Officers arrested Cortez on June 2, when they responded to a stabbing on the 300 block of West Tom Landry Street in Mission.

Police found Julio Gutierrez, who had “significant trauma to his face and what appeared to be a stab wound to his right arm,” at the scene, according to Mission Municipal Court records. After taking Gutierrez to McAllen Medical Center for treatment, an investigator asked him what happened.

Gutierrez said he attended a cookout that afternoon.

When the get-together wound down, Gutierrez asked Cortez what they should do with the leftover tortillas.

They started fighting. During the scuffle, Cortez grabbed a kitchen knife and stabbed Gutierrez in the right arm, according to court records.

Someone hired Cortez to cook food for employees at a business, Esquivel said. At some point, Gutierrez started antagonizing Cortez about the food.

“Pretty bizarre set of facts,” Esquivel said. “The whole issue, from my end, is that the alleged victim is the aggressor.”

Asked what happened that afternoon, Gutierrez declined to comment.

U.S. Immigration and Customs Enforcement also placed a detainer on Cortez. Regardless of what happens with the criminal case, he faces deportation.

“It doesn’t look good from the immigration side,” Esquivel said.

Before worrying about the immigration consequences, however, Cortez must address the felony charge.

Cortez pleaded guilty, but he wants the judge to consider probation, Esquivel said. If the judge pushes for prison time, Cortez will withdraw the plea and take the case to trial.

“We’re not in agreement to any recommendation other than time,” Rodriguez said.

Before making that decision, state District Judge Juan Partida will review the presentence investigation report. Cortez faces a maximum of 20 years in prison.