Although she did not attend any schools in the Mission CISD, Dr. Carolina Perez says that the root of her educational upbringing at home came from the school district she has recently been named superintendent of.

Dr. Perez said her parents instilled a love and importance of education in her and her four sisters from a very young age. She recalled that her father, who attended the Mission Consolidated Independent School District, would teach the songs and nursery rhymes one of his teachers taught him to his children. 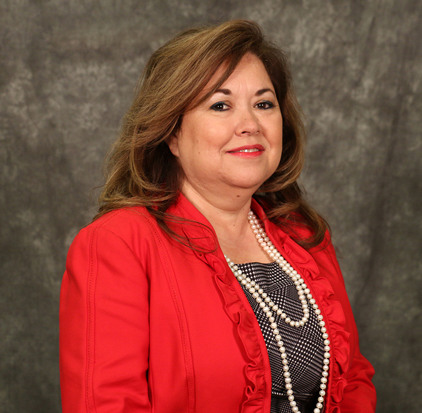 “Part of the curriculum at the time was that the teacher had a piano,&rdquo; Perez said. “That&rsquo;s how she would teach them, so we grew up learning all of those songs that my dad taught us.&rdquo;

She said that because her father had such fond memories of his education growing up, he passed it on to them.
Perez lived in La Joya, but spent a lot of time in Mission because it was the place to shop when she was growing up. Her first job was at a grocery store in the city.

Making the move to Mission, according to Perez, is like she is coming home.

“I have a lot of friends, a lot of family and colleagues here in Mission,&rdquo; Perez said. “It&rsquo;s about coming home and making a contribution to the community that has, I feel, really helped in my and my sisters formative years.&rdquo;

Perez officially began as MCISD Superintendent on July 30 this year. Soon after her employment, the district received the district accountability rating from the Texas Education Agency (TEA) – MCISD received a B overall, and were 0.3 points away from an A.

“It&rsquo;s about meeting each child at their level and making sure that every child experiences that growth academically, in achievement, and that we also meet their social/emotional aspect,&rdquo; Perez said.

Perez said that their goal is to be student-centered and appeal to their interests.

“We offer various programming such as STEM [Science, Technology, Engineering and Mathematics], Early College High School, Dual Enrollment and many career and technical education programs,&rdquo; Perez said. “Children will have the choice to go into the workforce, go into the military or pursue higher education.&rdquo;

Perez previously served as the superintendent for the Kingsville Independent School District. Kingsville&rsquo;s TEA rating this year was an F.

“Upon my arrival at Kingsville ISD, we had seven out of 8 schools in ‘Improvement Required,&rsquo;&rdquo; Perez said. “We had strong board [of trustees] support also. There was a lot of great things happening, so we started working on curriculum alignment.&rdquo;

Perez said that being in a unique and rural school district meant that at that time, teachers at Kingsville ISD were being paid $32,000 per year, compared to other areas in the state who were making in the mid-$40,000 range.

“It was difficult to retain and attract qualified staff,&rdquo; Perez said. “However, with a lot of support, I can tell you that last year we were able to offer $44,000 as beginning pay, gradually.&rdquo;

“The previous year, all campuses met standard, even campuses that hadn&rsquo;t met standard in three or four years,&rdquo; Perez said. “However, with the new accountability system in March, a list of college readiness and certifications was published by TEA, and at that point the majority of those courses were not offered at our high school.&rdquo;

Because of a grant recently received by Kingsville ISD, those courses are being offered this fall. Perez said she is sure that district will continue to grow.

The superintendent has several goals and plans for the upcoming school year, and foresees the Mission CISD growing and reaching that A rating by next year. During a committee meeting held last week, Perez and the school board outlined some plans of action for teachers, staff, administration and faculty.

As far as the students are concerned, Perez said one of MCISD&rsquo;s main focuses this year will be attendance.

“Children need to be in school on a daily basis,&rdquo; Perez said.

Perez added that stressing the importance of daily attendance will benefit both the students and teachers in the long run.

“We want to encourage parental involvement,&rdquo; Perez said. “Our campuses will have curriculum nights and literacy nights to communicate with our parents about how education has evolved.&rdquo;

The third focus will be gearing teaching methodologies in a way that the current group of students will be able to learn and digest knowledge and information.

“Children no longer learn the way we were taught, there&rsquo;s a different generation now,&rdquo; Perez said. “Everyone learns in a different manner. So it&rsquo;s about changing the way we deliver the message.&rdquo;

For Perez, making sure students are in school, strong parental involvement and providing innovative curriculum programming are her top priorities for MCISD.

“Here in Mission, our theme is changing the world,&rdquo; Perez said. “But before we can change the world, we&rsquo;ve got to transform ourselves, and that&rsquo;s what the district has been doing. We want to continue with that effort.&rdquo;