At about 10:45 p.m., a state trooper stopped a blue Toyota Tacoma for speeding on Interstate 2 near South Conway Avenue, according to information provided by Lt. Johnny Hernandez, a spokesman for the Texas Department of Public Safety. 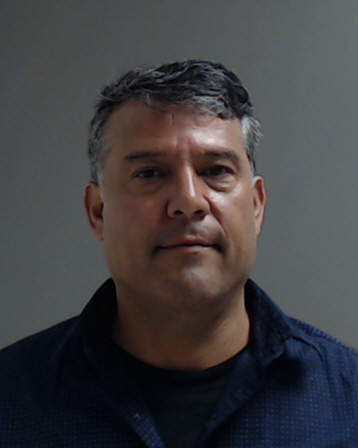 The trooper asked the driver — Ricardo Villarreal, 48, of Palmview, who is running unopposed for mayor — to perform a standard field sobriety test.

Villarreal failed the sobriety test, according to the criminal complaint against him.

When he refused to provide a breath sample, Justice of the Peace Jaime “Jerry” Muñoz signed a warrant for a blood draw. Villarreal provided a blood sample at Mission Regional Medical Center.

The trooper booked Villarreal at the Hidalgo County jail at about 3 a.m. Sunday morning. He’s charged with driving while intoxicated, a Class B misdemeanor.

Villarreal said his attorney, Rick Salinas of Mission, advised him not to comment on what happened Saturday night.

“I’ve been through good and bad times,” Villarreal said. “And I’m not going to let this incident determine the outcome of my future.”

After talking with Villarreal about the incident, Salinas said several problems became apparent.

“His rendition of what happened is very, very different from the trooper’s,” Salinas said.

For example, Villarreal had a passenger on Saturday night, Salinas said. The passenger isn’t mentioned in the criminal complaint.

Salinas said he suspected the traffic stop had a political element. He also questioned why Muñoz didn’t recuse himself.

“I don’t think it’s going to have an impact on the case,” Salinas said, adding that he thought the warrant posed ethical questions for Muñoz. “But he shouldn’t have signed it.”

However, it’s relatively common for Muñoz to sign warrants in drunken driving cases.

When a law enforcement agency sends him an application for a search warrant, Muñoz said he considers the application based on the facts.

“You don’t get to run the name through a database of conflicts of interest or friendships or relationships,” Muñoz said.

If the facts justify a warrant, Muñoz signs the paperwork. If not, the application is rejected.

“I can say when I signed it I didn’t know that it was Ricky Villarreal from Palmview, Texas,” Muñoz said. “Who used to be city commissioner and will soon be the mayor.”