Three local businesses are getting the boost they need to grow thanks to the Mission Economic Development Corporation. 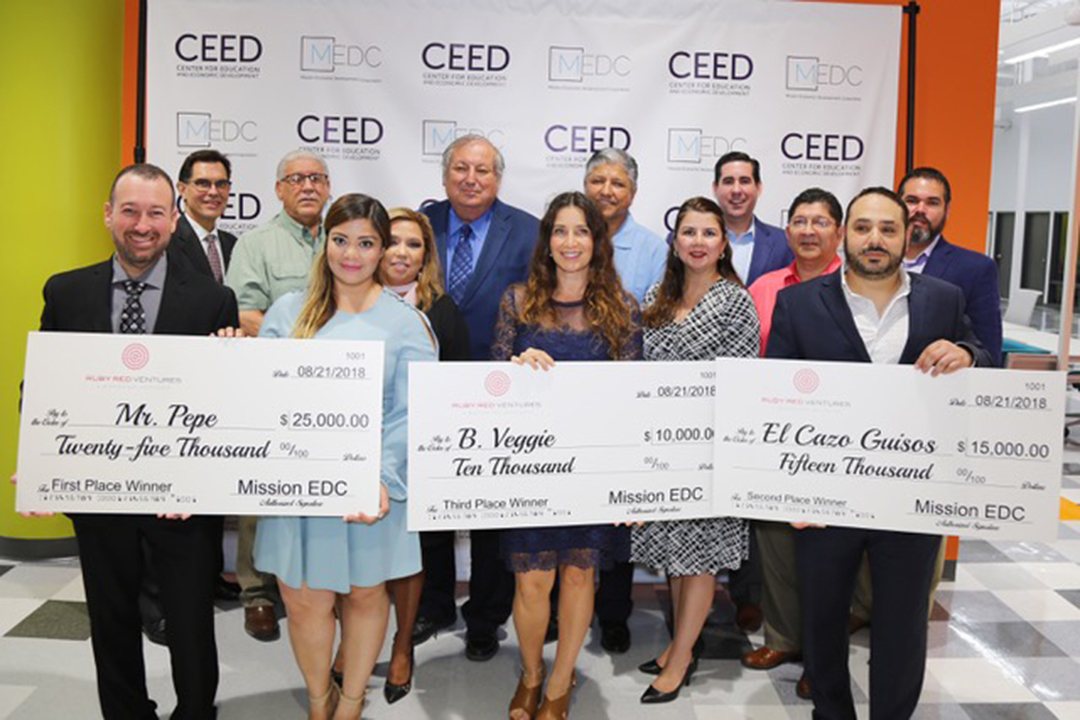 “They were the most prepared, and had the most concrete products to offer,” Cristina Garza, Mission EDC’s program director, said of the winners. “They were all advanced enough in their projects where the money would push them to get them to the next step.”

The Ruby Red Ventures is a four-month long small business development program – in collaboration with UTRGV’s Small Business Development Center – where different small businesses participate and then pitch their products to a panel of judges in two separate cycles throughout the year.

The three winners were Mr. Pepe, a manufacturer of gourmet grilling sauces; El Cazos Guisos, a maker of pre-packaged Mexican meals and stews and B. Veggie, a producer of natural fruit and vegetable juices using cold press technology.

According to a press release from the Mission EDC, the program has awarded $600,000 to nearly 40 small businesses since the program started six years ago.

“The three businesses are based in Mission or are in the process of moving into the city,” Garza said, noting that this is the first time the three winners were businesses in the food service industry.

Mr. Pepe will use the award money to redesign their bottle before it appears on the shelves of retail stores, Garza said. El Caso Guizos will use the prize money to manufacture more product for their orders and B. Veggie will move into a warehouse in Mission’s industrial park with the prize money, Garza added.

“Businesses like Mr. Pepe have made partnerships with local restaurants who are selling and using their products, including local meat markets,” Garza said. “There’s a lot of people who have talked to suppliers so by the time they come to us there’ll be someone who has interest to buy it, that’s a big advantage in opening a small business here, they know there is a market out there for their product.”

Alex Meade, Chief Executive Officer of the Mission EDC, praised the three winners. He also talked about Mission native Pilar Gonzalez, who participated in the Ruby Red Ventures program years ago to pitch her gourmet yogurt dips, which are now sold in H-E-B shelves across the state.

“The fact that Pilar has done so well, that’s done a lot to motivate others into bringing the food-related businesses down here,” Meade said. “At the end of the day, we want to create and support businesses that are valuable and not just a person with an idea. Considering that right now, Hispanic consumers are the number one target from all these different companies, we’re ground zero for those ideas.”