As part of a push to make Palmview more transparent, the City Council plans to post meeting videos on YouTube. 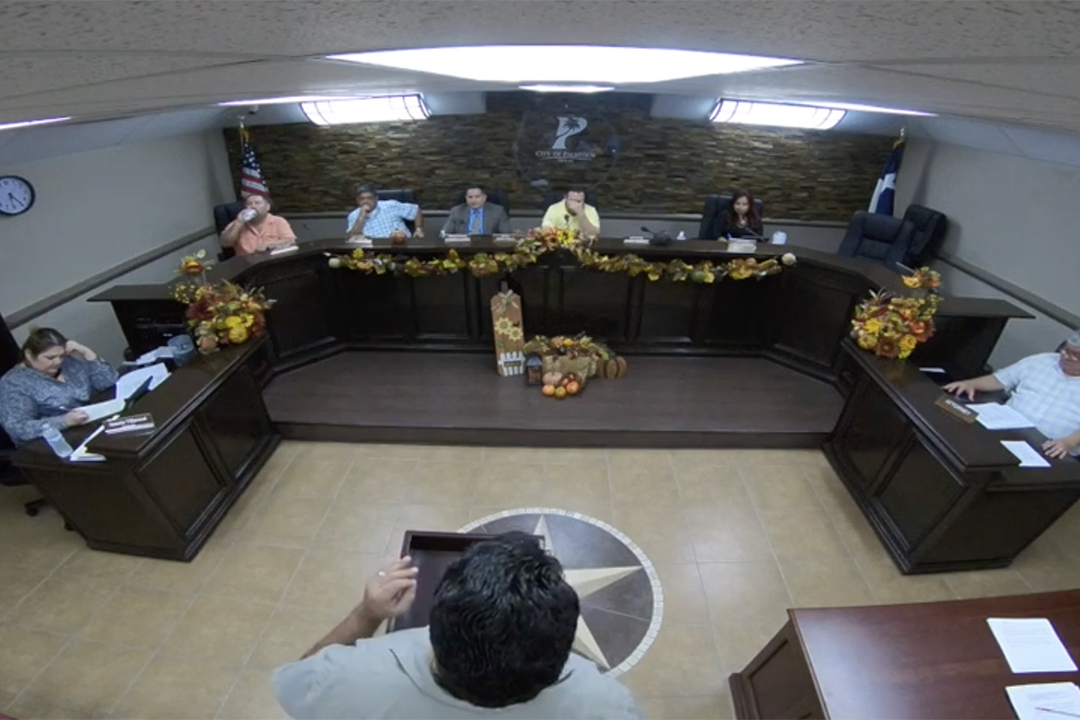 “When you have nothing to hide, why keep the information from the community?” said City Councilwoman Linda Sarabia.

Both initiatives remain works in progress.

If Palmview pushes forward, though, it will become the first city in western Hidalgo County to publish meeting videos and meeting packets online.

Mission, Palmhurst, Alton, Peñitas and Sullivan City post meeting agendas on their websites, but they don’t publish the meeting packet. La Joya doesn’t post anything at all on the city website, which hasn’t been updated in years, despite paying a public relations consultant $2,000 per month.

They pledged to stream city meetings online, allowing anyone to watch or listen live; post meeting agendas and other documents, allowing residents to stay abreast of city business; and create a web forum, allowing people to provide feedback on city services.

Just posting the meeting packets proved to be a major challenge.

During the past two years, the City Council hired a new management team and started demanding the packet before meetings.

“From there, we started getting really good packages,” Sarabia said.

They had the information, but Palmview needed somewhere to post it. The city website, which had been infected with malware, needed work.

The revamped website now includes dozens of documents, ranging from meeting agendas and minutes to old budgets and audit reports.

For now, Palmview plans to post the meeting packet at noon the day before regular meetings, Villarreal said.

The city will post packets for special meetings on a case-by-case basis.

Palmview will also work on recording meetings, adjusting the camera and audio as needed. Without a media or public relations staff, Palmview depends on police Sgt. Arnold Sepulveda to handle the video.

“It’s a good feeling to know that people out there are informed,” Garcia said. “If they want to find out, it’s right there.”