When he took the witness stand, Samuel James Deckard, 27, of Mission said a campaign worker contacted him on April 28. 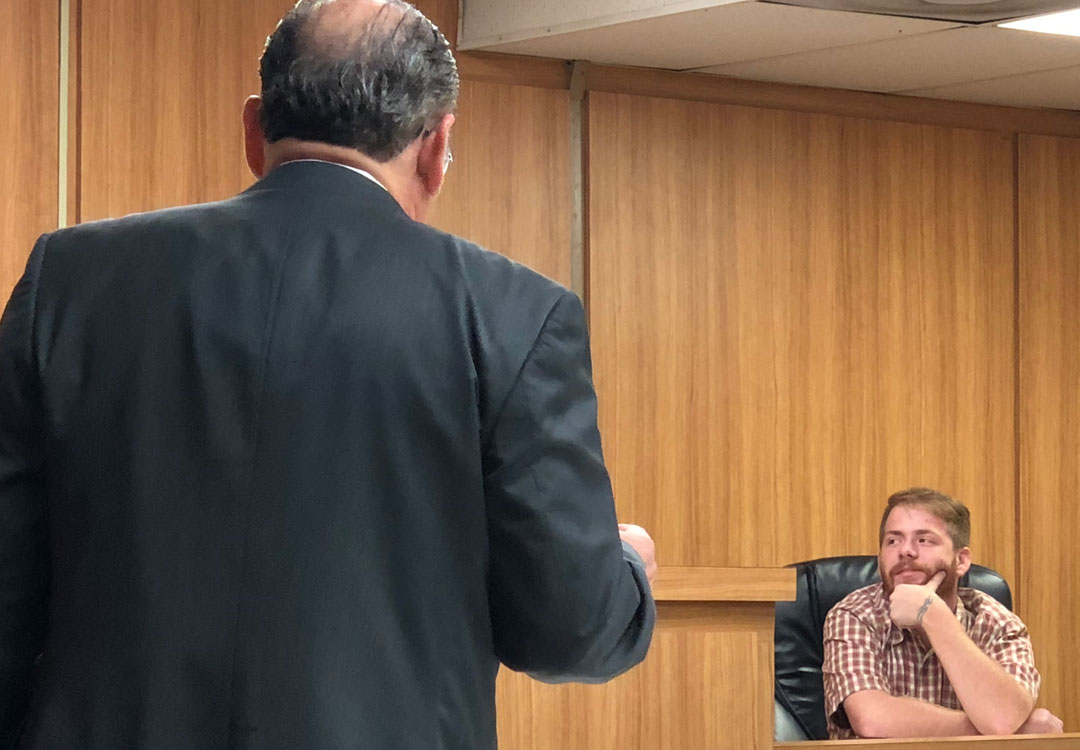 “Yo bro does any of your family wanna vote,” the campaign worker said in a Facebook message, according to an affidavit Deckard signed. “I will pay them 10 bucks free transportation (sic) less than 3 mins.”

“The second time, they didn’t even call me or nothing. I was walking to my house and they pulled up and they said ‘Hey, we were at your dad’s house knocking at the door multiple times. We left. We came back. Knocked again. And now you’re here,’” Deckard said, recalling the conversation. “‘Do you want to vote? We’re offering more money.’ And I said ‘Naw. Not really.’ And he’s like ‘Well, it’s $20. And if you can get three or more people, I’ll give you $60 on top of that.’”

After the City Council canvassed the results, Beto Salinas filed a lawsuit against O’caña and took the case to trial. Tuesday marked the second day of testimony, which could last for weeks.

Attorney Rick Salinas, who represents his father, called witnesses who testified about a cash-for-votes scheme and campaign workers who targeted elderly voters.

“The truth is going to come out,” Rick Salinas said.

Deckard testified despite a warning from state District Judge J. Bonner Dorsey that admitting to bribery could result in criminal charges.

People hired by the O’caña campaign roamed Mission in a white van, working the phones and offering people rides to the polls, Deckard said. On the way to City Hall, the driver made phone calls and offered people $10 to support O’caña.

“They were driving all over Mission,” Deckard said. “And they were just stopping at random places to pick people up.”

Deckard accused five campaign workers of participating in the cash-for-votes scheme. None of them testified on Tuesday.

The testimony didn’t reveal whether or not members of the O’caña family knew about the scheme.

When he started talking about the money, Deckard said, a campaign worker named Jesus Rodriguez signaled for him to stop.

“Mr. Jesus Rodriguez said ‘Can we get down and smoke a cigarette?’ Because I was bringing up the amount of money that they were going to pay,” Deckard said. “And Ms. Guadalupe O’caña was in there, so Jesus did not want Lupita to hear that.”

Attorney Gilberto Hinojosa, who represents O’caña, attempted to cast doubt on Deckard by describing him as a felon with a drug problem.

Fighting through a flurry of objections, Hinojosa quizzed Deckard about his drug use and felony convictions.

Deckard pleaded guilty to two counts of burglary of habitation, a second-degree felony, and received probation, according to Hidalgo County court records. When the Mission Police Department caught him with cocaine a few years later, Deckard went to prison.

“This guy is at least a four-time loser,” Hinojosa said. “The judge didn’t even let me get into the other times he’s been convicted of serious offenses.”

“We knew that they were going to try to make a big show of Mr. Deckard. That’s all they got,” Hinojosa said. “And if they want to win their case with a four-time convicted felon, then let them try.”