On Tuesday, the Peñitas City Council unanimously voted to sever ties with Palmview’s dispatch program to receive services from the city of Pharr, despite Palmview saying Peñitas owes them nearly $40,000. 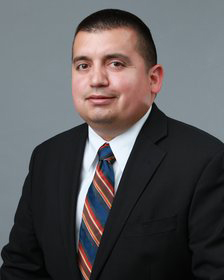 “For the sake of saving money for the city and its residents, and for the same services, if not better, we’re going to go with Pharr,” Peñitas Mayor Rodrigo “Rigo” Lopez said at the meeting.

This move was also heavily motivated by rumors of other cities in the Palmview dispatch program paying substantially less than what Peñitas was paying.

During a September 14 Palmview City Council meeting, the Palmview council was informed that Peñitas was thinking of leaving the program despite owing the city $37,000.

“We need to come to an agreement because we can’t stop servicing that area but they do need to pay the bill,” said interim Palmview police Chief Gilberto Zamora. “The citizens of Palmview are taking up the tab for their dispatchers.”

According to the 2015 interlocal agreement between both cities, Peñitas would pay Palmview $80,000 per year in bi-weekly installments under Palmview’s E-comm dispatch program. The dispatch program was part of a regionalized effort to have fire and police dispatchers from the cities in western county Hidalgo County centralized in one area.

La Joya is the only other city that is part of the program, which has a total of nine dispatchers servicing the cities.

At Tuesday’s meeting, however, Peñitas officials addressed rumors that La Joya was paying a fraction of what Peñitas was paying.

“When I first came in, we wanted to regionalize our region and it made a lot of sense to us,” Mayor Lopez said. “But we always talked about paying a fee among all the cities. Alton came in, we came in, La Joya was coming in, the idea was for all of us to do it together and contribute our fair share. That hasn’t happened. Those cities are paying a lot less than what we are paying, we’ve asked for an adjustment (from Palmview) and they haven’t done that.”

Peñitas Police Chief Roel Bermea clarified to Lopez that while Alton hadn’t come onboard to the program, that they had been offered “the same price that La Joya has.”

“So is La Joya paying less than us,” Mayor Lopez asked

After submitting a public information request to the city of Palmview, Progress Times received a copy of the interlocal agreement between La Joya and Palmview concerning the dispatch services. The agreement, dated, April 6, 2018, states that La Joya must pay Palmview $78,000 a year in monthly installments, a far cry from the $20,000 figure Bermea stated.

Alton City Manager Jorge Arcaute said Wednesday that while they were part of the E-comm dispatch program during the 2017 fiscal year, they were only receiving fire dispatch services and were charged $12,000 before de clining to renew their agreement last October.

When presented with the $78,000 figure Tuesday, Peñitas City Manager Omar Romero said that was the first time he had seen any information clarifying the situation from Palmview.

“We’ve been with the program since it started in 2015 and met with them, requested from them for a year and a half that they provide us documentation regarding the fees we’ve been charged,” Romero said. “As of now, we still haven’t received any information.”

Under the interlocal agreement between both cities, the city of Palmview shall provide to Peñitas, if requested, “monthly service reports detailing dispatch performance measures…and other statistical reports requested by Peñitas.”

Romero said that if the city were to pay Palmview any more money for their dispatch program, he would have to see a report detailing the costs of the program to ensure their money is being used properly.

“My job is to protect my taxpayers, my tax dollars and my council,” Romero said. “My thing is, I don’t feel the city owes Palmview what they say we owe because they cannot provide me with documentation that proves that my share of the cost was x amount of dollars. They said they’d cut us off so we found another carrier.”

Under their agreement with Pharr, Peñitas would receive detailed reports and be part of a board overseeing their dispatch program, which also provides services to the cities of Progresso and San Manuel-Linn.

Romero said he is still open to negotiate with Palmview on their balance owed.

“I hope we sit down, look at the numbers, and come up with a mutually agreed upon resolution where they’re happy and my taxpayers are happy,” he said. “Right now, I am not using my taxpayer’s money to pay for something without anything backing it up.”