Bribery and mail-in ballot fraud tainted as many as 427 votes during the June 2018 mayoral runoff in Mission, according to an election law expert who testified Wednesday. 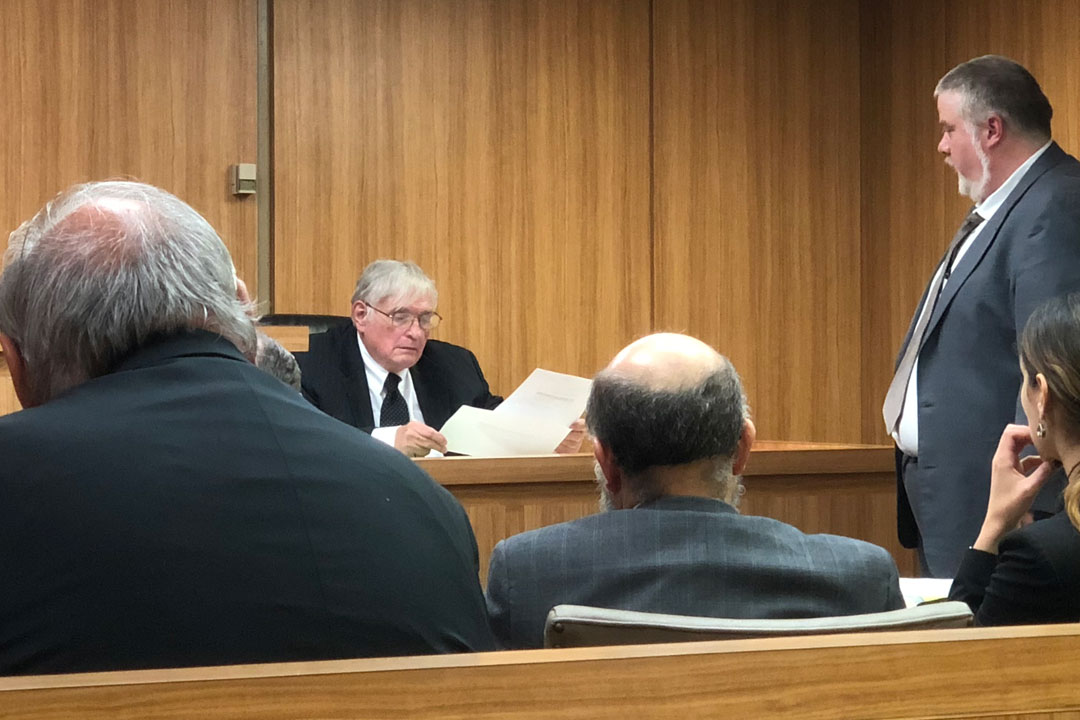 Campaign workers linked to allegations of bribery assisted 124 voters, Korbel said. He also determined that 303 mail-in ballots had identical stamps, which may indicate “harvesting” by politiqueras.

Korbel, an attorney and redistricting expert from San Antonio, testified Wednesday in the Mission election trial.

The case pits Beto Salinas against his successor, Mission Mayor Armando “Doc” O’caña, who won the runoff by 157 votes.

After weighing the arguments, state District Judge J. Bonner Dorsey must decide whether or not Mission will hold a new election.

The trial Sept. 24. Wednesday marked the seventh day of testimony.

Attorneys for Beto Salinas put Korbel on the witness stand Wednesday, where he attempted to summarize the case and provide analysis.

Korbel said he interviewed people who claimed that campaign workers manipulated mail-in ballots. After speaking with them, Korbel pored over documents from the Hidalgo County Elections Department.

The ballots linked to shady campaign workers arrived in envelopes with “folded flag” stamps, Korbel said. All the stamps had perforations on the right and left sides.

Korbel said that showed the stamps came from a roll.

Gilberto Hinojosa, an attorney who represents O’caña, strenuously objected to the stamp theory.

“If you go buy three or four stamps, what does the postman do? He gets the roll of stamps and he cuts those stamps and he gives them to you,” Hinojosa said. “So you can’t say that simply because it was these types of stamps being used, necessarily they were ‘harvested’ by the O’caña campaign.”

Samuel James Deckard, 28, of Mission, who spent time in jail on drug and burglary charges, testified that campaign workers drove him to the polls, provided him assistance meant for illiterate or disabled voters, and paid him $20.

Providing him with assistance allowed the campaign workers to verify how Deckard voted, Korbel said.

“This is the old Chicago problem. If people vote in person, you can’t tell how they voted, so you don’t know if you ought to pay them the money after they vote. But if you assist them, then you’re sitting there watching them vote,” Korbel said. “Or, in fact, as Mr. Deckard said, actually voting their vote. And then you know exactly how they voted. And you can reward them.”

“They’re required to disqualify 158 votes. They didn’t do that. Best case scenario, if the judge believes these convicted felons, maybe 25 at the most,” Hinojosa said “They’re way short. So the only way they can try to fill that gap is by this expert testimony that you’ve just heard — that the judge is not buying.”