Two longtime Mission residents will be recognized for their contributions to the city tonight.

As part of the 2018 Annual Banquet & Chamber Choice Awards, hosted by the Greater Mission Chamber of Commerce and the Progress Times, Brad Bentsen and Maxilou Link will be honored as Mr. Mission and First Lady of Mission, respectively. 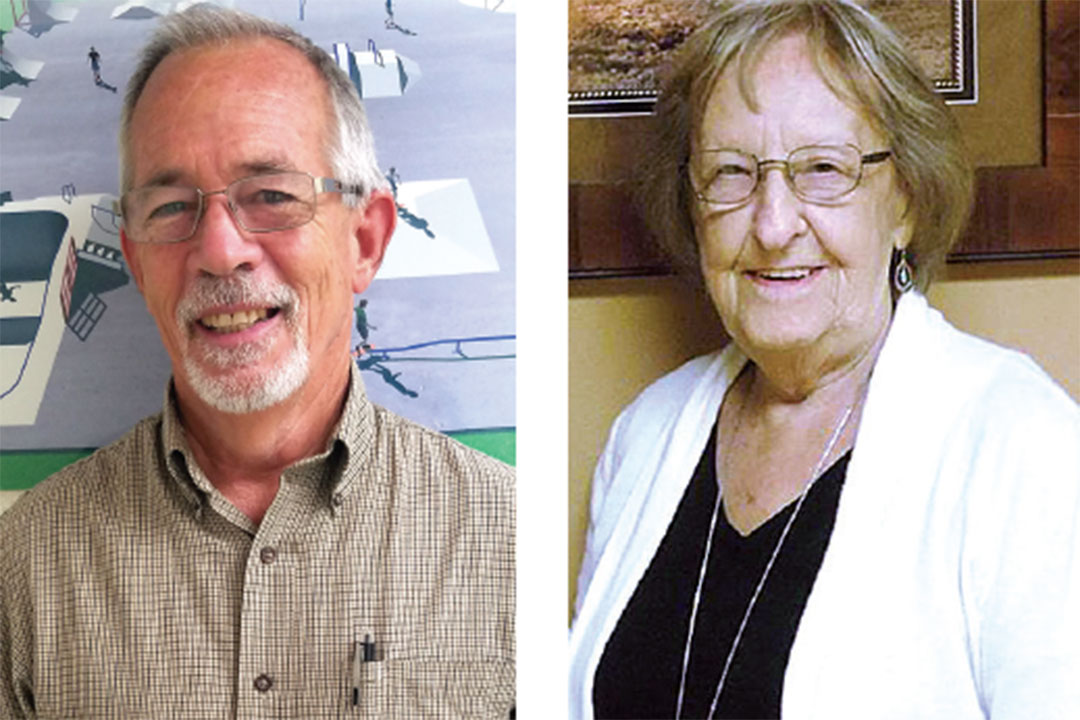 Both of them were nominated for the awards after readers were invited to submit nominations for individuals who have devoted their time and effort to help others and to make Mission a better place to live.

“It&rsquo;s quite humbling, I always thought awards like this was for people more deserving, I just do what I do,&rdquo; Bentsen said of the recognition. “I&rsquo;ve always helped and done what I&rsquo;ve needed to do all my life, something my dad and grandfather instilled to me. I thought I was too young to receive something like this.&rdquo;

He also had a landscaping business and managed five restaurants before settling down in his hometown of Mission where he had nearly three decades of volunteer work through the Mission Lions Club, the Boy Scouts of America and at First United Methodist Church and The Family Church in McAllen.

“I thought it&rsquo;d be good to come back home, I&rsquo;d done so much volunteer work through Lions Club and Boy Scouts and wanted to continue to give back to the community I grew up in,&rdquo; Bentsen said on his decision to become the city&rsquo;s Parks & Rec director. “When I was hired, I was asked to bring the parks up to standards. We created a game plan with [City Manager] Martin Garza with input from city council on what they wanted to do and what they expected.&rdquo;

Bentsen said his department, which also oversees the city&rsquo;s aquatics, cemeteries and other outdoor facilities, brings him joy.

“It&rsquo;s been fun, has it been challenging? Yes but everything we do is for the betterment of the citizens,&rdquo; he said.

For Maxilou Link, president and director of the Upper Valley Art League, the recognition as First Lady of Mission was a delight.

“It was an awesome surprise,&rdquo; Link, 93, said of the recognition. “When I first found out about the award, I didn&rsquo;t feel like I deserved it and thought I remembered how I&rsquo;ve worked really hard for the city and thought, ‘maybe I do deserve this.&rsquo; It&rsquo;s been a lot of passion and hard work to promote the Valley. Words fail me. I&rsquo;m so appreciative and grateful.&rdquo;

The Upper Valley Art League is a non-profit organization based in Mission that houses and hosts artworks from local painters to cultivate the artistic growth of the community, according to the website. The league exhibits local and guest artists and offers classes and workshops.
Link has served as president for the League for a total of 16 non-consecutive years.

As a native of Bucyrus, Ohio, Link was a Winter Texas before finally deciding to permanently stay in the city of Mission in 1991, after spending her winters here for the previous three years.

“We loved the city, the atmosphere and the friendliness it blessed us with,&rdquo; Link said. “It had everything, we could dance, golf, go to parties, go to Mexico, it&rsquo;s all here! If you can&rsquo;t find enough to do here it&rsquo;s your own fault.&rdquo;

Link, who said she had dabbled in painting, was recommended to join the League by a neighbor. Eventually, she discovered a passion for it, she said.

“And I was president after that,&rdquo; Link said. “Promoting the League and its members hasn&rsquo;t been work, it&rsquo;s been a passion. We have some awesome individuals that have beautiful artwork that needs to be showcased.&rdquo;

Since becoming president, the League has grown from 70 members to over 200, Link said. With that growth, the League witnesses several changes in the city of Mission, Link said.

“When we moved here, Business 83 was two lanes, now it&rsquo;s four lanes. The expressway has expanded, population has grown, all the good things have started to blossom,&rdquo; Link said. “I felt the city of Mission was like a butterfly, only in its early stages of being a caterpillar when I first moved here before it cocooned and now it&rsquo;s blossomed into this beautiful butterfly.&rdquo;