They called two sisters, who accused a politiquera of harassing their family. They called a process server, who accused two members of Mayor Armando “Doc” O’caña’s campaign of dodging subpoenas. And they called George J. Korbel, an election law expert, who summarized testimony about bribery and ballot harvesting. 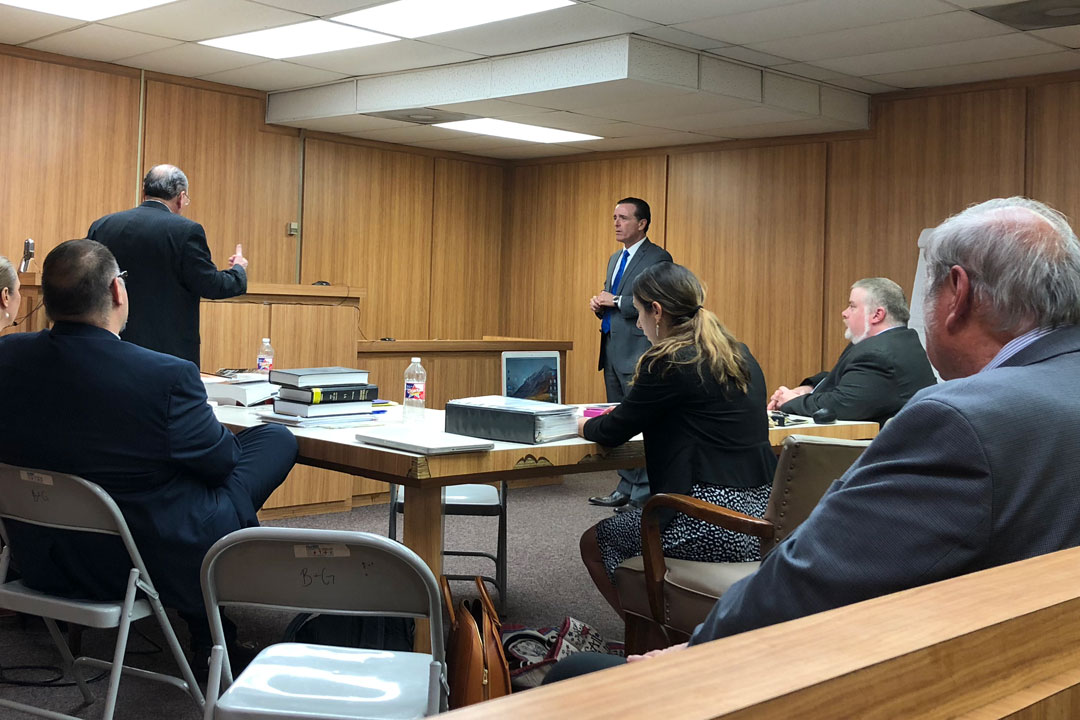 “I’m hoping that Judge Bonner Dorsey will do the right thing. He seems like a very honest man,” Rick Salinas said. “If he doesn’t do it here for whatever reasons, I’m sure the appeals court will look at it. And I’m confident that we will create a new precedent. And if not, once that happens, then hopefully the legislature will look at this a little closer and maybe tighten it up.”

The lawsuit pits Beto Salinas, who governed Mission with unquestioned authority for two decades, against O’caña, a lifelong public servant from a politically influential family.

O’caña and businessman Jaime Gutierrez challenged Beto Salinas in May 2018.

During the runoff, though, O’caña narrowly defeated Beto Salinas.

The trial started on Sept. 24.

Witnesses said campaign workers promised them cash and whisked them to the polls, where members of the O’caña family provided them with assistance — help intended for illiterate voters and people who can’t physically mark a ballot.

The testimony, however, also prompted questions about the Beto Salinas campaign.

Esmeralda Lara, a politiquera with a checkered past, said she struck a secret deal to work for Beto Salinas during the runoff.

Rick Salinas said he never planned to win the case by counting to 158. He went with a different strategy from the start.

Attorneys who litigate election cases for a living typically focus on individual instances of illegal activity or toss ballots on technicalities, Rick Salinas said. He approached the case from the perspective of a prosecutor, attempting to prove a criminal conspiracy tainted the runoff election.

“If this were a criminal proceeding, I would have convicted six — seven people already,” Rick Salinas said.

The runoff, which included documented cases of bribery and what experts call “harvesting” of ballots by campaign workers, is unlike any other case, Rick Salinas said. Fraud tainted an unknown number of votes.

“If you look at our pleadings — and you go take a copy of the pleadings — that’s not an original petition for anything,” Rick Salinas said. “That’s an indictment. And I think that we were able to prove that there was a conspiracy.”