After being closed to the general public since the beginning of the year, the Leo Peña “La Placita” Park is open to the public-and has a new look.

On Thursday morning, city officials were at the park for a rededication ceremony in honor of the re-opening of the park. Last January, the Mission City Council approved a $1.4 million project to renovate the park. 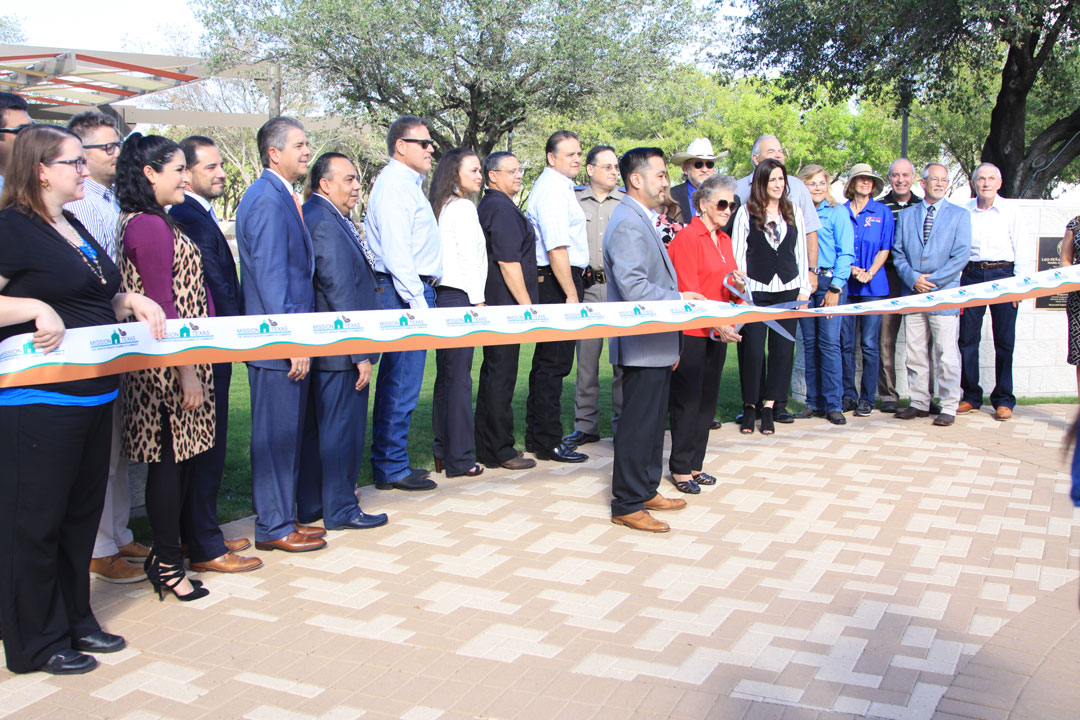 The renovations were to make the park ADA compliant and move the amphitheater to the west side of the park.
“We finished within the timeframe we wanted and under budget,” City Manager Martin Garza said. “As a city manager, that’s great news.”

The park renovations served as phase two of the city’s Streetscape Project that started a few years ago to brighten up the downtown Mission area, according to Garza.

For the grand opening of the park, the city held their annual National Night Out later that evening, an annual celebration between the community and local law enforcement. Garza said other events planned at the park include the city’s annual Posada and Winter Texan Welcome later this fall and the city’s annual dia De Los Muertos celebration.

“This park was in honor of the late Leo Peña,” Garza said. “He served for 20 years on the Mission city council and was very dedicated to our veterans and instrumental in building the veterans memorial inside the park. That memorial was untouched during the renovations, but the park has been here for 20 years, it needed a new look.”

City officials and members of Peña’s family were also at the red ribbon cutting. For Ercilia, Peña wife, the park was an honor her late husband would’ve enjoyed.

“It’s simply beautiful,” she said of the park.