The Mission community recently said goodbye to a man that represented decency and goodness. A man who was determined to break barriers and did so with grace and honor.

Sol Marroquin was born on January 23, 1931, in San Antonio, Texas and lived in Seguin until his family moved to Mission in 1939. He graduated from Mission High School in 1950. Shortly after graduation, Marroquin volunteered to serve his country and joined the US Air Force, serving in active duty from 1950 through 1954. 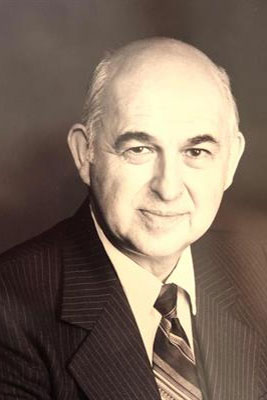 Sol served in Korea from 1951-53, where he was charged with coordinating show tours for the troops with the USO.

“He coordinated shows for the military,” said Melinda (Marroquin) Fotinos Sol’s daughter. “I remember him telling a story about Bob Hope performing for the troops.”

Sol was always conscious of his heritage, during his tenure, the USO booked tours to entertain the Hispanic population serving in Korea as well.

After an honorable discharge from the Air Force, Sol returned to Mission, and quickly moved to Los Angeles, California to pursue his lifelong dream of acting.

Sol was fortunate to have a large extended family and was able to stay with relatives in Los Angeles while he attended Dan O’Herlihy’s Hollywood School of Drama and graduated in 1958.

He concurrently attended the California Vocational School of Nursing and received his LVN.

With his LVN he became a private duty nurse so he could set his own hours to allow him to audition during the day.

One day in Hollywood, Security Pictures was searching for bilingual actors to work overseas in Spain, Marroquin jumped at the chance. And as fate seemed to always be on his side, he had relatives in Spain with which he stayed. From 1962-1963 he worked in Madrid, as an Assistant to the Producer of the Samuel Bronson Studios. One of his fondest memories in that role was he was a driver and translator for Clint Eastwood.

While in Madrid, he organized a group of American actors to perform stage plays and melodramas at the Castellana Hilton Hotel.

Sol returned to Los Angeles for a short time before relocating to Garland, Texas where he established a little theatre group in Dallas called Ye Ol’ Troupe.

In 1966, Sol Marroquin returned to Mission, to care for his father. Shortly thereafter, he met the love of his life and married Blanca Vasquez of McAllen on July 22, 1967. They were married 51 years until the time of his death.

“Sol always kept me laughing. He had a wonderful sense of humor even when he became ill. He always put others before him,” said Blanca Marroquin. “ I’d hear him praying out loud to himself and he’d always ask for prayers for others before he asked for anything for himself.”

Marroquin continued his love for the theatre and founded the Valley International Players in McAllen, TX, which was active from the mid 1960’s to the mid 1980’s.

With the Vietnam conflict in full force, Marroquin joined the Air Force Reserves, and served 18 years and was ranked Master Sergeant at the time of his discharge.

He began his career in public service after his return.

He served on the Urban Renewal Program as a Public Relations Specialist and was soon promoted to City Secretary at Mission City Hall.

In 1970, he became the first Hispanic Hospital Administrator in Mission and the Rio Grande Valley as he took the lead at Mission Municipal Hospital.

In 1973, Sol was offered the role of Chief of Staff to Congressman E. (Kika) de la Garza (D)-Mission for the 15th District. Sol proudly served alongside the Congressman until his retirement in 1993.

Sol was an accomplished author who wrote “Part of the Team,” the story of Edinburg Medal of Honor recipient Alfredo “Freddy” Gonzalez.

As a screenwriter, Sol adapted the manuscript “The Yaqui” for the silver screen and wrote screenplays “Pancho U.S Marine” and “Doorway to the Future.”

According to the Internet Movie Database (IMDb), Sol had several acting roles in the movies Get Outta Town in 1960 and the Thin Red Line in 1964. He continued acting throughout his life including She Came to the Valley in 1977.

In 2004 he collaborated with his daughter Melinda to make a short Film called Dancing with the Devil which Melinda wrote and directed. The story was based on timeless folklore in the Rio Grande Valley. And in 2009 he had a small roll as a Hispanic land owner in the movie Harvest of Redemption, written by Mission native Laura Pérez.

Sol also penned a manuscript/auto-biography called “Stars in My Eyes” dedicated to his daughter.

Sol was a lifelong member of El Mesias United Methodist Church in Mission. He was a Sunday school teacher, sponsor to the Methodist Youth Fellowship, served in several church committees, was a choir member, directed several Christian dramas and was a certified lay speaker.

“I don’t believe that the word “no” was in dad’s vocabulary, anytime a friend or family member or his church needed his services, his answer was always yes,” shared Sol’s son, Carl.

Sol loved his community and volunteered at the Mission Historical Museum and Texas Citrus Fiesta.

To remember Sol Marroquin is to remember a father, grandfather, great-grandfather, husband, friend, actor, author, screenwriter, and as the list grows, the one word that comes to mind that sums it all up is – gentleman.

Although Sol wore many hats during his life, his legacy was to be remembered as a public servant. Serving his community brought him the most joy. Let us all remember Sol Marroquin as the gentleman public servant of Mission.

A service was held recently for Sol Marroquin. His family requests memorial gifts be made to The University of Texas Rio Grande Valley for the Theatre Program in memory of Sol Marroquin. Donations may be mailed to the UTRGV Division of Institutional Advancement at 1201 West University Drive, EITTB 1.210 in Edinburg, Texas 78539.

Memorial gifts also may be made online at https://give.utrgv.edu/greatest-need. Choose “Other” and reference the Theatre Program and, in the gift in memory section, add the name Sol Marroquin.