During the two-week trial, witnesses testified about bribery, politiqueras who collected stacks of mail-in ballots and campaign workers who assisted voters. 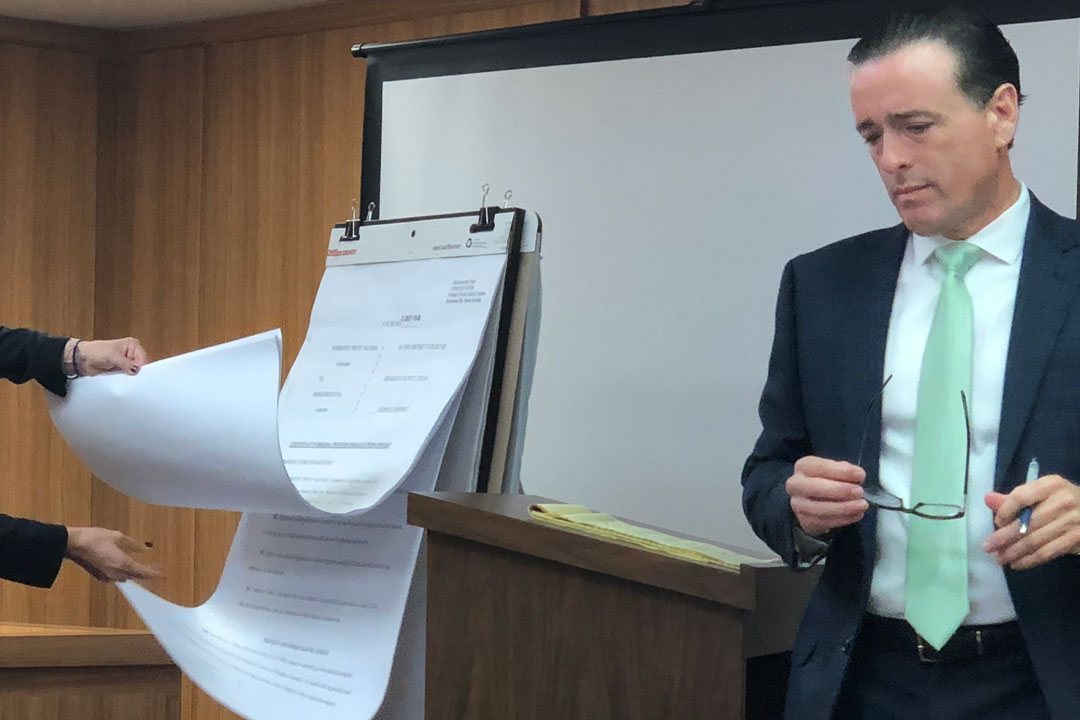 “I’ve been shocked,” Dorsey said in a short decision, which he announced from the bench Friday morning.

“I find the evidence is clear that there was a combination or conspiracy by the campaign of Dr. O’caña to do this. And I say that because the evidence is that several members of the campaign were working together in concert to bribe voters, to take the mail-in ballots and mail them separately,” Dorsey said. “I find by clear and convincing evidence that the number of illegal votes was in excess of 158 — somewhere in excess of 158. There’s no way to possibly determine.”

O’caña defeated longtime Mission Mayor Norberto “Beto” Salinas by 157 votes during the runoff election, which made that number significant.

When he announced the verdict, Dorsey drew gasps from the gallery.

O’caña huddled with his attorney, Gilberto Hinojosa, and announced he would appeal.

“Well, obviously, I’m very disappointed with the judge,” O’caña said. “He was too quick to render a verdict. And we are appealing.”

Attorneys for Beto Salinas didn’t prove their case, O’caña said, adding that comments from the judge about a conspiracy aren’t true.

O’caña will remain the mayor until Mission holds a new runoff election, which could be delayed indefinitely while the 13th Court of Appeals reviews the case.

Beto Salinas, who assembled a legal team that included his son, Rick Salinas, and election law experts from San Antonio, thanked the judge for making the right call.

“I was very, very happy that he saw the evidence,” Beto Salinas said, referring to the allegations of bribery and mail-in ballot fraud. “And that’s got to stop. You cannot do that. I mean, this job does not pay anything. Don’t get in trouble for something that is not going to benefit you.”

After attorneys for O’caña left the courtroom, Dorsey shook hands with Beto Salinas and congratulated him.

Dorsey also mused about the 13th Court of Appeals.

“I know I’m correct,” Dorsey said while leaving the courtroom. “But I don’t know if the court will agree with me or not.”