For 60 days, people travelling on Tom Gill Road in Peñitas will have to find an alternate route.

The City of Peñitas has recently entered into an interlocal agreement with Hidalgo County Precinct 3 that includes improvements on Tom Gill Rd. P.R. Avila, the Assistant Director of the Hidalgo County Urban County Program, who are also involved in the project, spoke at a press conference Tuesday, Oct. 2, 2018. 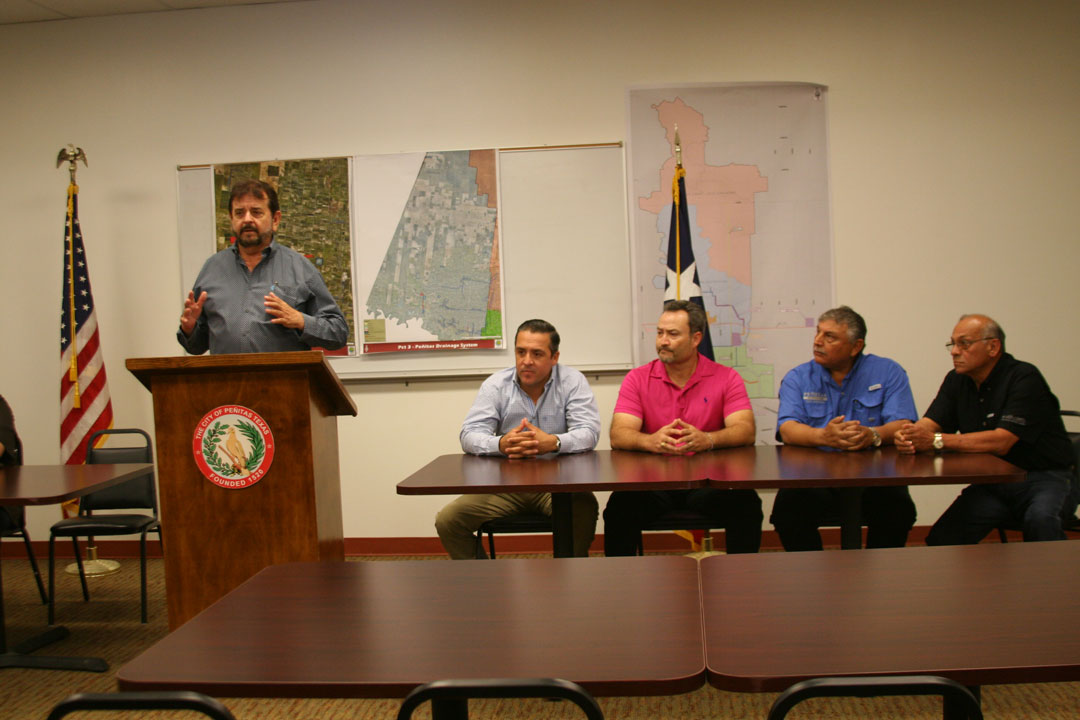 Commissioner Joe Flores was also present at the conference, as well as the mayor and city council of Pe&ntilde;itas. Flores spoke about some of the details on the project.

Mayor Rigo Lopez was excited to see the improvements be implemented in the city, and said residents in the area have been asking for Tom Gill Road to be worked on for a while.

“It&rsquo;s like they say, good things come to those who wait,&rdquo; Lopez said. “And the City of Pe&ntilde;itas has been waiting for a while. I want to thank Urban County and the commissioner for collaborating with our city and our city commissioners to make this project come to life.&rdquo;

The construction on Tom Gill Road will run about five miles from Expressway 83 and 5 Mile Line. Hidalgo County Precinct 3 will provide the labor and equipment for the reconstruction, and Pe&ntilde;itas has allocated $500,000 in Community Development Block Grant (CDBG) funds for the materials needed. P.R. Avila, the Assistant Director of the Hidalgo County Urban County Program, who are also involved in the project, spoke at a press conference this week.

“The cost estimate [for the first phase of the project] is approximately $150,000,&rdquo; Avila said. “Then the rest of the work that the precinct is actually going to be doing with the City of Pe&ntilde;itas is going to be approximately another $350,000.&rdquo;

Mayor Lopez said this reconstruction is greatly needed and important for the area.

He also added that he hopes this is the beginning of a lot more projects within the city.

“There&rsquo;s a lot of movement going on in Pe&ntilde;itas,&rdquo; Lopez said. “I also want to ask the residents to be patient with these projects. These projects are for a better quality of life. I want to ask you guys to start looking for alternate routes to take in the next few weeks.&rdquo;

Ramiro Loya, one of the commissioners for the City of Pe&ntilde;itas, said they were all very excited and happy to see this project started.

Loya confirmed with Commissioner Flores that the citizens of the city would be enjoying Tom Gill Road in about 60 days.