An attorney claimed Wednesday that a politiquera committed perjury during the Mission election trial. 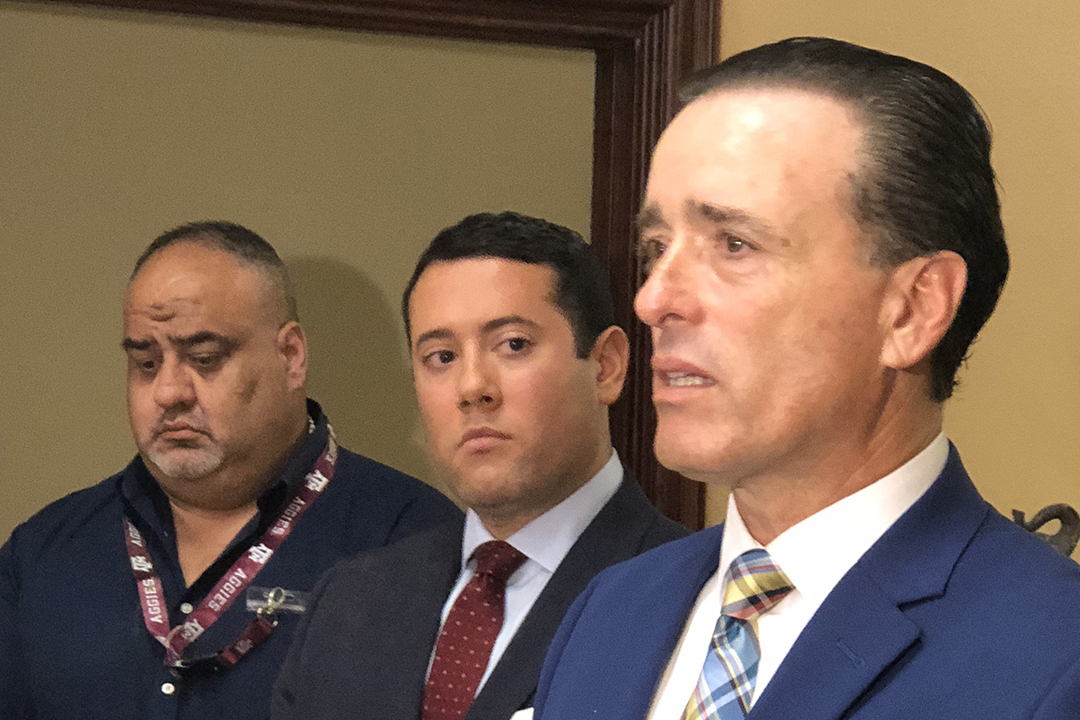 Lara wanted Perez to pay $6,000 for roughly 225 mail-in ballots, according to the affidavit. When he didn’t accept the deal, Lara sent him proof: a photo of six mail-in ballots.

If the affidavit is accurate, Lara committed perjury during the Mission election trial — when she denied handling any mail-in ballots.

“Everything that Ms. Lara talked about on the stand was completely untrue,” Gonzales said. “She perjured herself.”

“I find the evidence is clear that there was a combination or conspiracy by the campaign of Dr. O’caña to do this,” Judge Dorsey said Friday, when he handed down the decision. “And I say that because the evidence is that several members of the campaign were working together in concert to bribe voters, to take the mail-in ballots and mail them separately.”

O’caña, who remains the mayor, filed a formal notice of appeal Monday.

“And I will exhaust the appeal processes necessary to get justice,” O’caña said, adding that he disagrees with the judge.

Lara said she volunteered for the O’caña campaign, knocking on doors and distributing fliers.

“I did not do ballots,” Lara said.

While she didn’t explain why, Lara had ample reason to avoid mail-in ballots.

Complaints about politiqueras collecting mail-in ballots prompted an investigation by the Texas Rangers after the May 2005 mayoral campaign in McAllen.

A grand jury indicted Lara on 20 charges, including unlawful possession of another voter’s ballot. She pleaded not guilty.

Lara said she started volunteering for the O’caña campaign months before the May election.

When the candidates started preparing for the runoff, though, Perez asked her to switch sides.

To prove he worked for the Beto Salinas campaign, Perez showed her a $1,500 check from the campaign account.

Perez promised her $1,500 cash, a job with the city and free State Farm Arena tickets. Assured the deal would remain a secret, Lara accepted.

“He told me that he would get me a better job where I didn’t have to sweat. He made it sound real good. So I believed in him. I really believed in him. And they made me feel like ‘Ok. You’re going to have something better,’” said Lara, who appeared on the verge of tears when she testified. “I made the stupidest mistake in helping him.”

Rick Salinas poked holes in her story, questioning how she could hand out campaign fliers for Beto Salinas without the O’caña campaign knowing.

After the May election, Lara contacted him. They met at a Whataburger restaurant near the intersection of Nolana Avenue and North 23rd Street in McAllen.

Lara said she worked with O’caña, incumbent City Councilwoman Jessica Ortega-Ochoa and City Council candidate Gus Martinez during the May election, according to the affidavit. For $6,000 cash, Lara would switch sides and support Julian Gonzalez and Beto Salinas during the June runoff.

To demonstrate her ability to deliver votes, Lara showed Perez a notebook filled with about 225 names and addresses.

“I advised Esmer that I would see what I could do,” Perez said, according to the affidavit.

However, he never actually told Julian Gonzalez or Beto Salinas about the conversation.

“I knew with my experience as a political consultant that what Esmer was offering was illegal,” Perez said, according to the affidavit. “All of my political work is based on contracts and any payments made are with checks.” 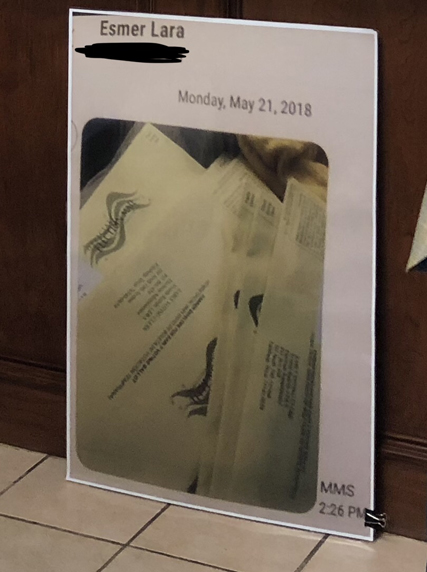 The photo shows six mail-in ballot envelopes. Perez provided the attorneys with a copy of the photo, which appears to contradict Lara’s testimony about not handling any mail-in ballots.

When Perez heard what Lara said on the witness stand, he decided to come forward.

“He couldn’t believe that somebody would get up and make up such an elaborate story about him,” said Gonzales, the attorney who represents Perez, who added later: “Because of that — because she painted his name in a negative light, he just felt compelled to come out and say the truth. Not for any political reason, but because he wants to clear his name and make sure that he stands up against this type of behavior.”