EDINBURG – Ali Naqvi is a name you might not recognize. Not yet, anyway.

Naqvi, from Mission and UTRGV legacy alumnus of UTPA, has worked on movies and TV shows most are probably familiar with – and he’s been in front of the camera a few times too. 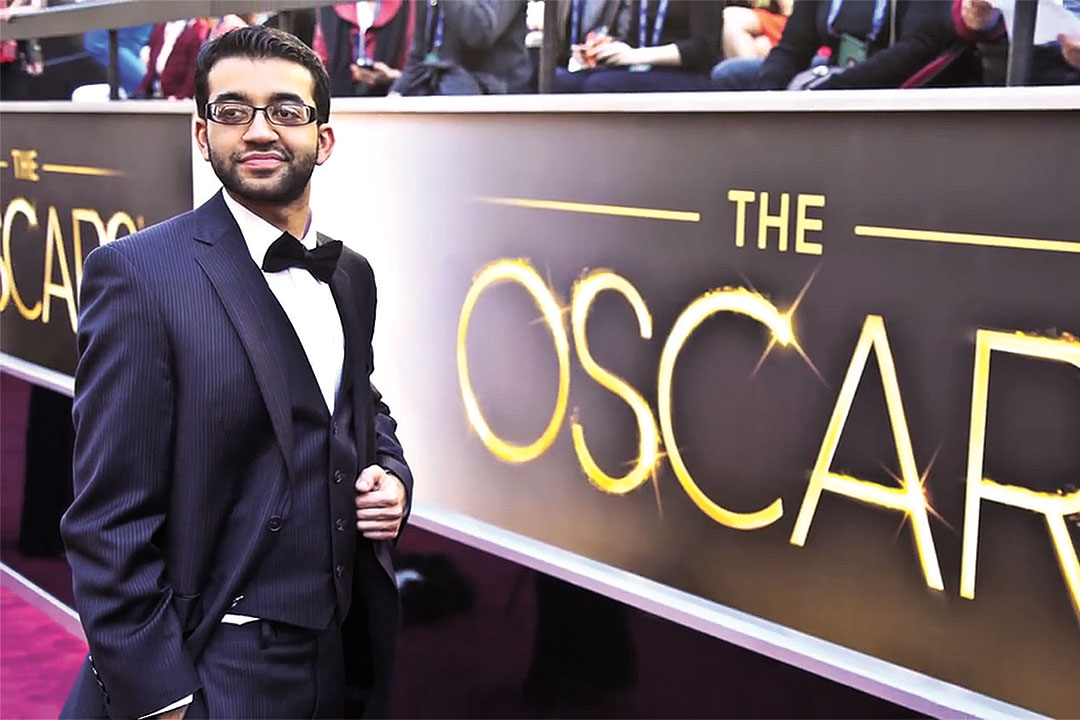 During the last season of “Westworld” – a science fiction Western series produced by HBO – one of the actors and his stand-in weren’t available.

“They were like, ‘Who’s the same color as that guy?’ And so they put me in his costume. They shaved my face. They put a scraggly beard on me,” Naqvi said.

He was told to walk into the scene and just say the lines.

For another scene, he rode an elephant.

Naqvi’s main work is behind the camera. On the latest season of “Westworld,” he was the producing director’s assistant. The UTRGV legacy graduate has also been featured in a behind-the-scenes video about the show.

“I worked with a guy named Richard J. Lewis, and I pretty much was his shadow and learned everything he was doing,” he said.

For the first season of “Westworld,” Naqvi had worked as a writers’ production assistant.

He was a production assistant on the films “The Dark Knight Rises” starring Christian Bale, and “The Lone Ranger” starring Johnny Depp and Armie Hammer.

Naqvi hopes to lose the “assistant” part of the job title on future productions.

Hometown Support
Naqvi returned to the Rio Grande Valley recently – as an independent producer and director – to film a music video.

“It’s amazing, having the community support here,” he said. “…We have awesome people willing to work hard and learn.”

He had some of that Rio Grande Valley support with him in Los Angeles, too, where he lived with a group that included fellow UTRGV alums. They started a sketch comedy web series together called “The House on South Bronson.” It was a chance to hone their creative skills and work with well-known actors.

“We got a couple of cool people to come out,” he said, including fellow UTRGV legacy alum Valente Rodriguez, who had a key role in the television series “George Lopez.” Jim O’Heir from “Parks and Recreation” also appeared in episodes.

Naqvi said he recognizes the benefits of his education in the Valley.

“I haven’t been to another film school, but a lot of experiences I’ve heard about say, ‘Yeah, we learn a lot of theory. And we hear about movies. And we talk about movies. But we don’t really make movies.’

“But here, it was…, ‘Let’s make movies. Here’s a camera. Go mess up. Go make mistakes. Go learn,’” he said. “That’s what I loved about going here, all the hands-on experience.”

One of Naqvi’s first film credits was from a school project called “The Red Queen,” which won awards at international film festivals and later was picked up for distribution by Echelon Studios.

He encourages others interested in the film industry to take advantage of every opportunity available and has hopes for Valley-based productions.

“We have two film festivals down here, with CineSol and with South Texas International Film Festival,” he said. “Any of the projects that have come out of the Valley have been pretty solid. Hopefully, the next step is for people to notice that we’re down here. We have original voices here, and I think it’s time for somebody to hear them.”