Hoping to give the community a behind-the-scenes look at the dedication and work of a principal, MCISD recently invited several figures in the Mission, Alton and Palmhurst communities to shadow each of their principals for half a day.

The Mission Consolidated Independent School District has made “Principal for a Day” a tradition for about 15 years, according to Public Relations and Marketing Director Craig Verley. Resolutions have been introduced in both the Senate and the House of Representatives, naming October National Principals Month in order to recognize and honor the contributions principals make in leading schools and students forward. 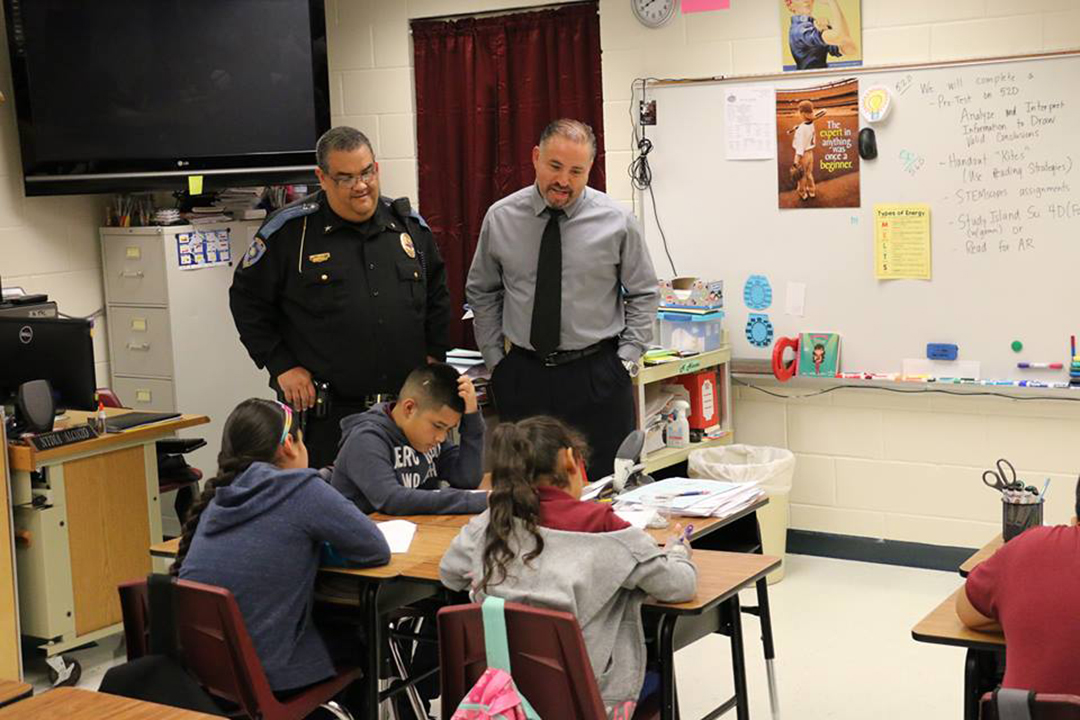 “It is not something everyone in the Valley does,” Verley said. “And it gives pretty much an open door to see what our schools are really like. That’s why we do it every year.”

MCISD aims to shed some light on the day-to-day operations of the schools, and participants are able to see everything a principal goes through, good or bad. In the past, shadowers have experienced average walkthroughs of classrooms to real lockdowns, and everything in between.

“Each and every time, it has always been an eye-opening experience for the participant, to say the least,” Verley said. “But also, they’ve been impressed with how the staff have responded to these situations.”

The event culminates in a luncheon held at the Mission Chamber of Commerce. Superintendent Carol Perez spoke at the luncheon, thanking the participants for taking the opportunity to see and learn what goes on through the eyes of a principal in the district.

“Our campus principals and their staff work day in and day out to make sure that we prepare our children for the 21st century, because they’re going to be working with you in the community,” Perez said. “It has been said that the mark of any community is how well it treats its children. So today, we want to thank you for joining us in supporting our children so that they can achieve futures of excellence.”

Participants are able to speak about their experiences, and thank the principals they shadowed for part of the day.

Gathering from Mission, Palmhurst and Alton, leaders who have community members feed into MCISD took part of their day off to trek the various halls of all MCISD schools.

“I’ve been able to see the progress she’s done with that campus,” Acevedo said. “I really didn’t know too much about Escobar/Rios, but now I know that it’s one of the gems of the school district. I’m thankful for the opportunity.”

Palmhurst Police Chief Michael Vela, who shadowed Principal Efrain Zamora at Leo Marcell Elementary School, said that he was glad to be part of this event.

“It was just an honor and privilege to be invited to be principal for the day,” Vela said. “And I’ll be honest with you, when I went into the school I was welcomed with open arms. Everybody from the staff, everyone was so nice to me. The children were very well-behaved.”

Alton Police Chief Jonathon Flores, who shadowed Principal S. Garcia at Alton Memorial Junior High School, spoke about his experience in the school and how it impacted him.

“What an experience. I think you all should have segways, because it’s a lot of walking,” Simmons said. “On a serious note, Ms. Garcia does a tremendous job at her school, she runs a tight ship. When you talk about leadership, I believe she exudes leadership qualities in her ability to motivate and inspire not only her employees, but the children.”

Verley encouraged the participants to spread the word about the public school system and tell people about the good being implemented into all the programs MCISD offers.

“You’ve seen the truth about your schools,” Verley said. “There’s a lot of untruths out there in our community about what public schools are like. Correct those imperceptions. We could use that support, and you showed a great deal of that support just by showing up this morning.”