The Juarez-Lincoln Huskies celebrated their homecoming Friday night and nearly celebrated their first win of the season until a last minute Mission field goal soared through the uprights for a 16-14 Eagles victory.

Mission jumped out to an early 13-0 lead thanks to Damian Gomez touchdown passes to Sebastian Gonzalez (41-yard TD catch) and Adrian Cantu (13-yard TD catch), but his hot start came to a halt in the second quarter. The junior quarterback was tackled from behind by Juarez-Lincoln’s Xavier Monreal, forcing the starter from the game for good after an apparent upper body injury. 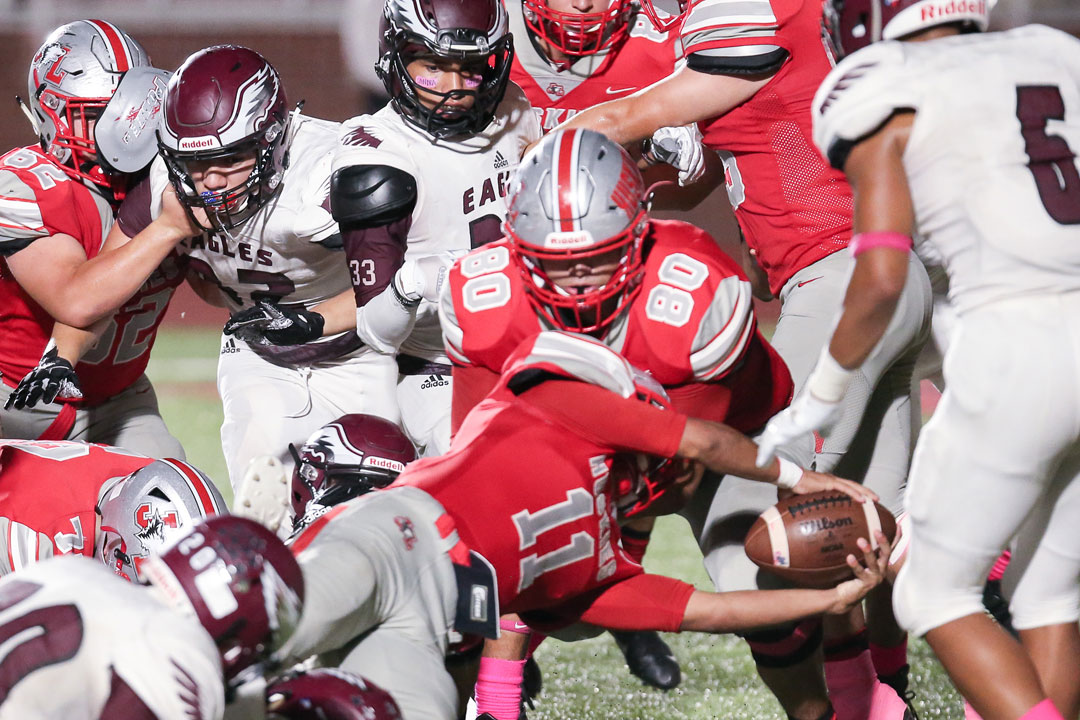 Holding a 13-0 lead at the half, Juarez-Lincoln turned things on after the break. The Husky offense, without starting quarterback Efren Martinez (torn ACL), managed to score two second half touchdowns, one on the ground and one through the air, to take a 14-13 lead late in the fourth quarter.

That’s when the Mission Eagles marched downfield and Rene Rodriguez, after missing an extra point in the second quarter, stepped up to nail the game-winning field goal to keep Mission’s district championship dreams alive.

The loss sends the Juarez-Lincoln Huskies to 0-6, 0-3 as they prepare for a rivalry game against the La Joya Coyotes (5-1, 2-1) next Friday at La Joya ISD Stadium.