During a field trip to the Mission National Butterfly Center, second grade students from the McAllen Covenant Christian Academy learned about butterflies and the migration patterns of birds in the area.

The center is home to over 100 species of butterflies and several endangered animals and plants. Jennifer Williams, a teacher chaperoning the field trip, watched as her students learned about the wildlife in the area and wondered if they’d be able to continue a similar field trip next year. 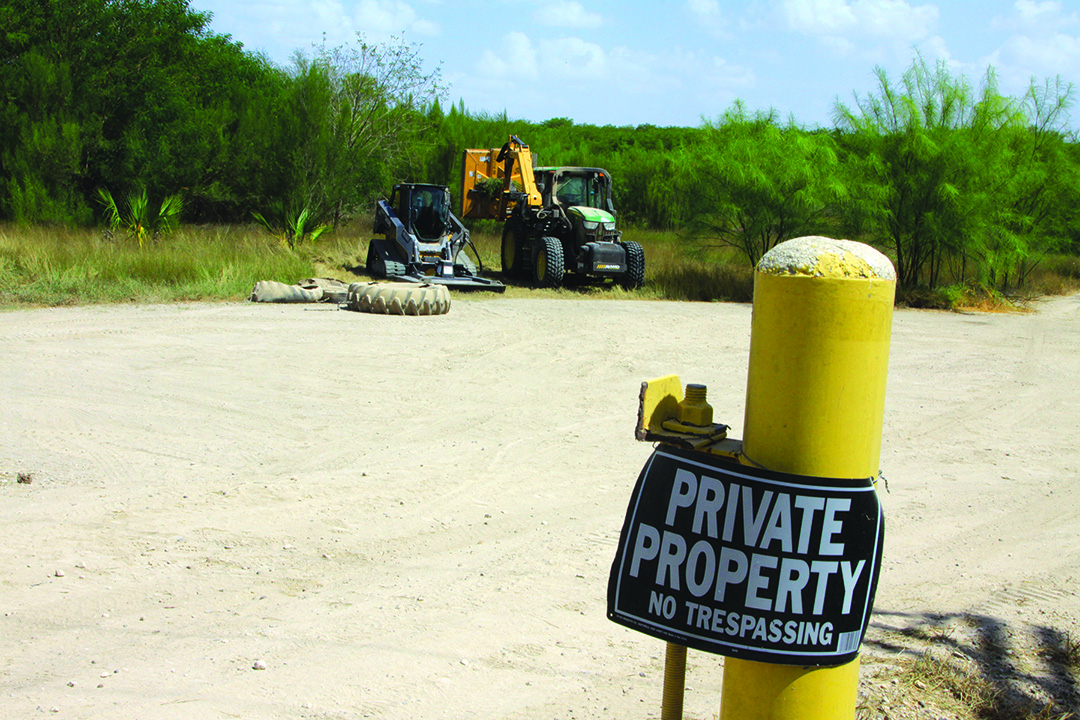 “I imagine a wall would hinder the areas and all the schools coming here,” Williams said. “We’ve been having field trips at the center for the last three years and I honestly don’t know how the center will look like when the wall is constructed or how it will affect it.”

Williams made these comments Friday, Oct. 12, the day after the Department of Homeland Security publicly released a six-page memo detailing plans to waive 28 federal laws to begin construction on 17 miles of new wall segments in the region as early as February.

The Rio Grande Valley is an “area of high illegal entry,” the memo states.

“For the last several years, the Rio Grande Valley Sector has seen more apprehensions of (undocumented immigrants) than any other sector of the United States Border Patrol,” DHS stated. “In fiscal year 2017 alone, Border Patrol apprehended over 137,000 (undocumented immigrants), seized approximately 260,000 pounds of marijuana and 1,200 pounds of cocaine. In order to satisfy the need for additional border infrastructure in the Rio Grande Valley Sector, DHS will take action to construct barriers and roads.”

Among the 28 federal laws that will be waived are the Endangered Species Act, Safe Drinking Water Act, Clean Air Act and the Migratory Bird Conservation Act.

Among the sections where construction is set to begin on the wall is the area that houses the Bentsen-Rio Grande Valley State Park, National Butterfly Center, Anzalduas Park and La Lomita Chapel.

For Marianna Treviño-Wright, executive director of the center, the memo was an action she’s been expecting for over a year. Wrights’s been a vocal opponent of the wall since she caught federal contractors trespassing along her property to clear area for construction of the wall July of last year.

“I hope this affirms to everyone that it’s happening,” she said. “It’s no longer the ‘proposed’ wall. It’s coming. It’s a done deal pretty much that will do irrevocable harm to the city of Mission and its economy.”

Wright filed a lawsuit last December against the federal government accusing them violating the Endangered Species and the National Environmental Policy Act over the construction of a border wall through the center. That lawsuit is currently in limbo, she said.

“And now that the federal government is waiving the federal laws we were accusing them of violating, the lawsuit will probably be dismissed,” she said. “We imagine they are only going to seize the section of the land covered by the easement south of the levee where they plan to construct the wall, but we have no way of knowing what their intentions are toward us.”

The City of Mission is known for several of its ecotourism attractions, attractions which would be damaged if the wall is constructed, Wright said.

“The neighboring Bentsen State Park is the headquarters of the World Birding Center in an area that brings tens of thousands of visitors to the Walley every year and that could cease operations if the wall is built,” she said. “Our sustainability is very much tied to the tourism that is drawn to this area by the butterfly center, the state park, all of which would be walled off.”

Attempts to reach the Texas Parks & Wildlife were unreturned as of press time Wednesday. Mayor Armando “Doc” O’caña said Wednesday he is ultimately disappointed with the advancement of the border wall construction and agreed with Wright on the wall financially impacting the city.

“These sites are important to the city due to the ecotourism revenue they bring in as well as the beauty they bring to the city. We will potentially lose that vital outdoor classroom experience,” O’caña said.

According to O’caña, tourists and Winter Texans frequently visit those areas, and many have called him expressing a lack of desire to visit Mission should the wall be built.

“It just won’t be a good attraction to put in a travel brochure instead of a natural site we’re known for,” he said.

U.S. Representative Henry Cuellar also spoke out against the DHS memo. In a statement from his office, he called the wall, and the $5.5 billion in funding it needs, a “bad” policy.

“This request for billions is a 14th century solution will do nothing to address this 21st century challenge,” Cuellar stated. “As a border resident, I can tell you firsthand that a wall will do nothing to curb the fact that 40 percent of the estimated 11.3 million undocumented population are visa overstays. Nor will it properly address the fact that a majority of drug smuggling occurs at our ports of entry. Furthermore, a wall will require substantial land grabs by the federal government and violate current land ownership rights, ranching operations, and environmentally protected areas including Bentsen-Rio Grande Valley State Park and National Butterfly Center located in my district.”

Treviño-Wright also argued that the wall is unnecessary, adding that the construction of the wall has little to do with national security.

“If it was intended to prevent illegal traffic, the security measures would involve gunboats on the river,” Treviño-Wright said. “This wall is being built two-miles inland from the Rio Grande to allow people to come and be slowed down by the wall so border patrol can apprehend them.”

Scott Nicol, co-chair of the Sierra Club’s Borderlands Campaign, said a protest is being planned on Sunday, Nov. 11 at an undetermined location.