The Texas Department of Public Safety plans to open a La Joya office by June 2019. 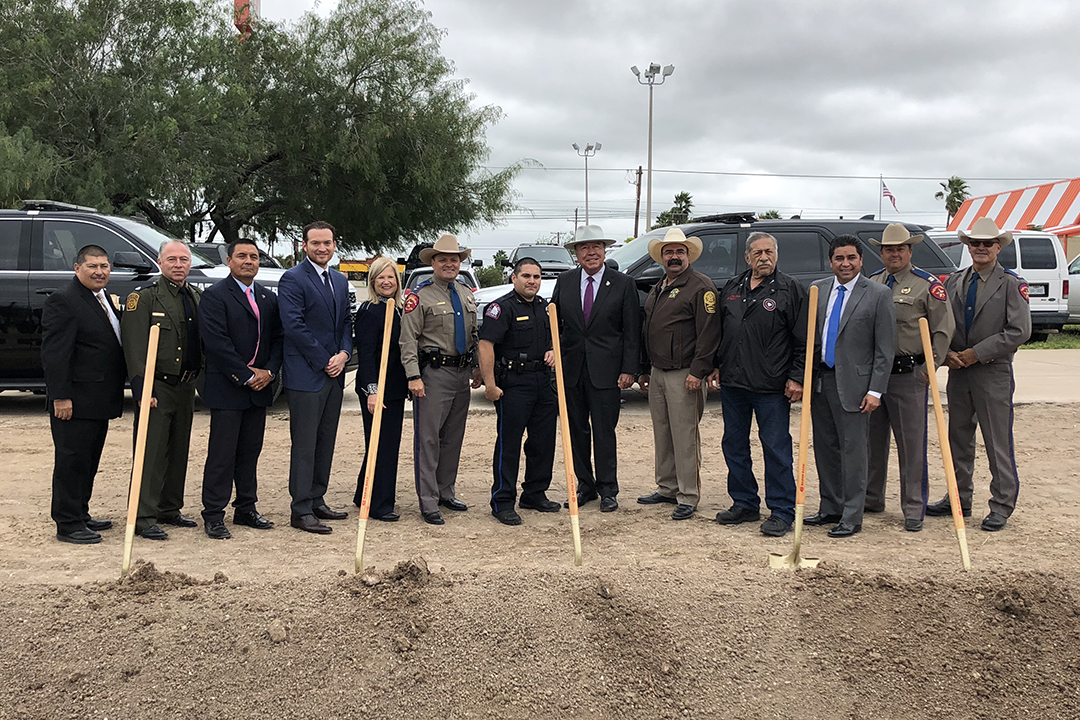 The office — located on Palm Shores Boulevard between Whataburger and the city library — will provide space for 40 state troopers. Amenities include a conference room, a classroom that doubles as an emergency operations center and a gym.

“We wanted a kitchen in this facility,” Rodriguez joked during the groundbreaking ceremony. “They did the next best thing: They put a Whataburger right here.”

Troopers looking for a bathroom or a place to write reports stopped at state Rep. Oscar Longoria’s office near the intersection of Military Road and South Main Street in Peñitas.

“I started thinking about it and saying ‘You know what, we also need a presence of the department in the western Hidalgo County community,” said Longoria, who spoke during the groundbreaking ceremony.

Longoria, the vice chairman of the Texas House Appropriations Committee, secured $3.2 million for the project. The Texas Facilities Commission solicited proposals in November 2017.

Scheduled for completion in June 2019, the nearly 11,000-square-foot building will provide space for 40 state troopers, four sergeants, a lieutenant and the Texas Rangers.

Perhaps most importantly, though, the office will provide a permanent base of operations in western Hidalgo County, which remains a hotspot for drug smuggling and human trafficking.

“Many times our law enforcement gets swamped and overwhelmed with families coming in from Central America,” said state Sen. Juan “Chuy” Hinojosa, who spoke during the groundbreaking ceremony. “They take up all of our time in terms of Border Patrol. When that happens, what happens is we leave gaps along the border where DPS comes in and fills in those gaps, working with our other law enforcement agencies.”

Mayor Jose A. “Fito” Salinas said La Joya welcomes state troopers and wants them to become part of the community.

“I want to thank the DPS for starting the evolution, really, in the city of La Joya,” Salinas said.

Developers plan to build more than 70 townhouses on the west side of La Joya and more than 40 homes on Walker Lake, Salinas said. La Joya also renovated the old First National Bank building, which will become the new City Hall.

“I do want to encourage our troopers and anybody else coming to La Joya, we have beautiful homes for you,” Salinas said. “You can either rent or you can buy.”