In a District 30-6A match-up between two sister schools, the La Joya Coyotes defeated the Juarez-Lincoln Huskies tonight by a score of 20-0. The Coyotes opened the scoring with a field goal at the 4:39 mark of the first quarter. La Joya quarterback JR Rodriguez scored the first touchdown of the game on a keeper early in the second quarter to make the score 10-0 Coyotes. That was also the score at halftime.

After a scoreless third quarter, the Coyotes put another touchdown on the scoreboard on the first play of the fourth quarter when junior running back Eddie Villarreal ran the ball into the endzone to make the score 17-0. La Joya closed the scoring with a second field goal which came with 4:01 remaining in the fourth quarter. 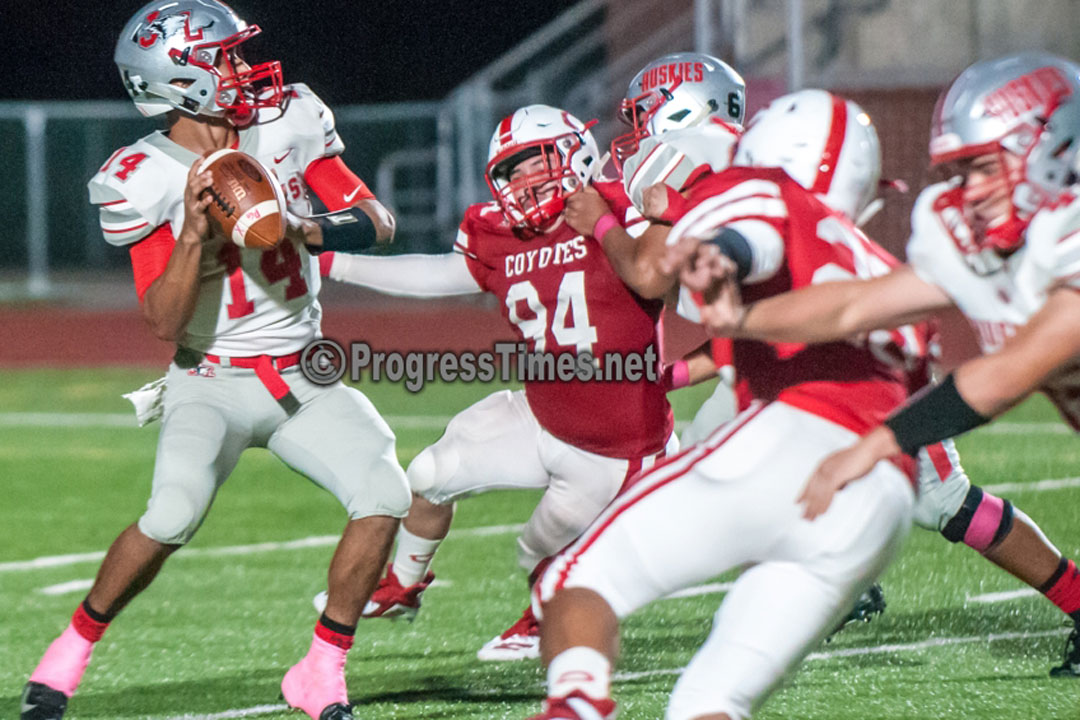 With the win, the Coyotes not only improved to 3-1 in district play (6-1 overall) but they also kept their playoff hopes alive. As for the Huskies, the loss kept them winless as they dropped to 0-4 in district play and 0-7 overall.