On Wednesday and Thursday, a bus with the La Joya school district had a DPS trooper sitting alongside the students during its morning and afternoon route. That bus was followed by two DPS vehicles ready to catch any drivers failing to yield to the stopped bus. 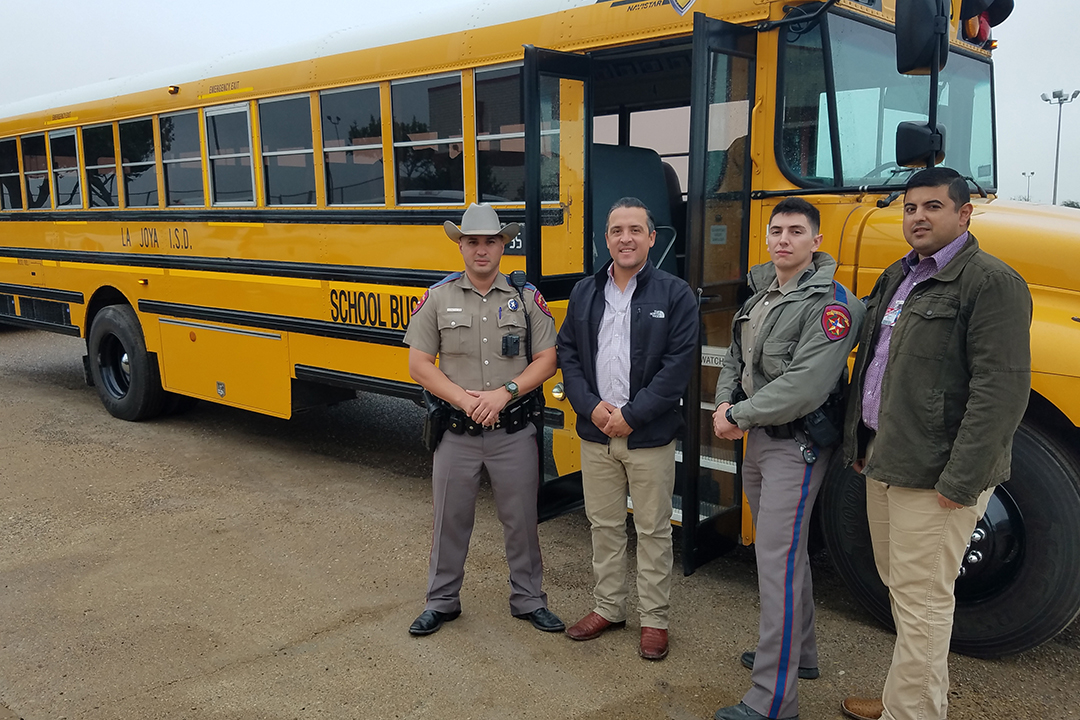 According to DPS, it is illegal to pass a school bus that is stopped and operating a visual signal — either flashing red lights or a stop sign — and those who violate the law could face fines of up to $1,250.

“It&rsquo;s a problem for every district,&rdquo; La Joya ISD Transportation Director Rodrigo “Rigo&rdquo; Lopez said. “Sometimes drivers don&rsquo;t know the laws that pertain to stopping when a bus is unloading, especially on roads with high traffic. People are in a hurry and see the bus and figure that they don&rsquo;t have to stop for them.&rdquo;

According to information from DPS, troopers have issued 1,394 citations and 685 warnings to drivers in the state for passing a stopped bus since 2017.

DPS Spokesman Lt. Johnny Hernandez said this new initiative is for student safety. Now in its second year, this ride along comes after a 16-year-old student from Palmview High School was killed four years ago after a driver failed to stop for a school bus while students were exiting, fatally hitting her.

The bus had its flashing red lights activated, Hernandez said.

“That driver did not comply with the law,&rdquo; Hernandez said. “This is a statewide initiative to emphasize to the public this law about stopping when the buses are activated with the red light as they&rsquo;re loading and unloading children.&rdquo;

For Lopez, the initiative is a reminder for parents that the district ensures that their students are safe at all times.

“These buses carry the most precious cargo, our students,&rdquo; Lopez said. The district has a new initiative to keep students safe and we want to make the public aware that with these buses full of students, please be cautious when driving around a bus.&rdquo;

The initiative is part of a relationship the school district has with DPS, Lopez said. Troopers use the district&rsquo;s transportation department headquarters as a training center every two weeks, Lopez said.

Lopez said he believes that DPS will still use the headquarters even after the agency opens their La Joya office next summer. The La Joya location held a groundbreaking ceremony last week for the 11,000-square foot building which will host 40 state troopers.

“We tend to be at that location,&rdquo; Hernandez said of La Joya. “[Gov. Greg Abbott] emphasized that, our presence in that area is important. Being visible in that location prevents other people from doing crimes, especially near schools. We want the public and the students in that area to feel safe.&rdquo;