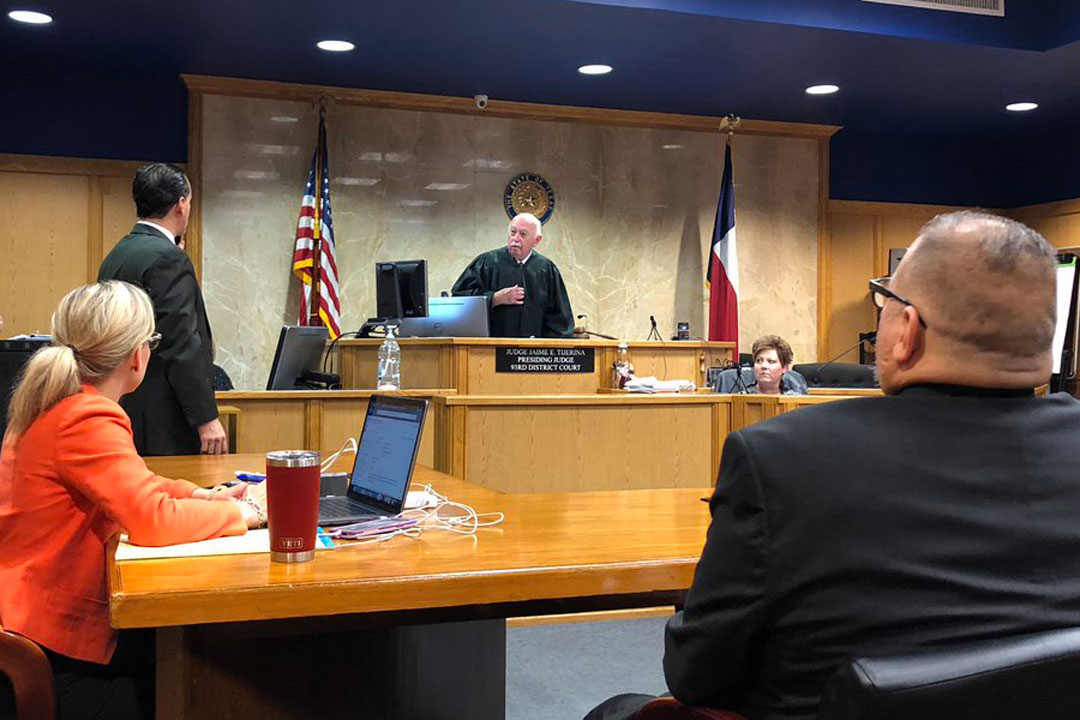 During a two-week trial, witnesses testified about campaign workers who bribed voters and manipulated mail-in ballots.

The testimony shocked Dorsey, who voided the runoff election results on Oct. 5. Attorneys for O’caña filed a notice of appeal three days later.

While the 13th Court of Appeals agreed to expedite the case, procedural delays and the possibility of an appeal to the Texas Supreme Court make scheduling a new election difficult.

“This process could take a short period of time or a long period of time. It really doesn’t make a lot of sense to schedule it,” said attorney Gilberto Hinojosa, who represents O’caña.

After a back-and-forth between the attorneys, Dorsey made a decision.

“I don’t want to set a date for an election at this time,” Dorsey said.

Attorneys also discussed the findings of fact and conclusions of law, a document that will explain how the judge decided to void the election.

The legal team hired by Beto Salinas, which includes his son, Rick Salinas, a prominent criminal defense attorney, prepared a 31-page draft for the judge.

After summarizing the election results, the draft asserts that O’caña supporters schemed to steal the election.

“Dr. Armando O’Caña explained his unlikely victory in the run-off election by stating he had a message of ‘hope’ and claiming his campaign looked for new voters or voters who had not voted in a long time,” according to the draft. “In reality, the O’Caña campaign engaged in an orchestrated conspiracy to pursue illegal votes through bribing voters and harvesting mail-in ballots.”

Attorneys for O’caña filed a flurry of objections, claiming that many assertions by the Salinas legal team weren’t supported by the facts.

Dorsey said he would review the draft and sign a final copy in mid-November.