While the weather was cool, the new natatorium kept students and coaches warm and ready to compete.

The La Joya Independent School District held their first diving and swim meet at the new Sports and Learning Complex natatorium last Friday and Saturday. School districts from all over western Hidalgo County such as Sharyland, Mission, McAllen and La Joya gathered to compete. 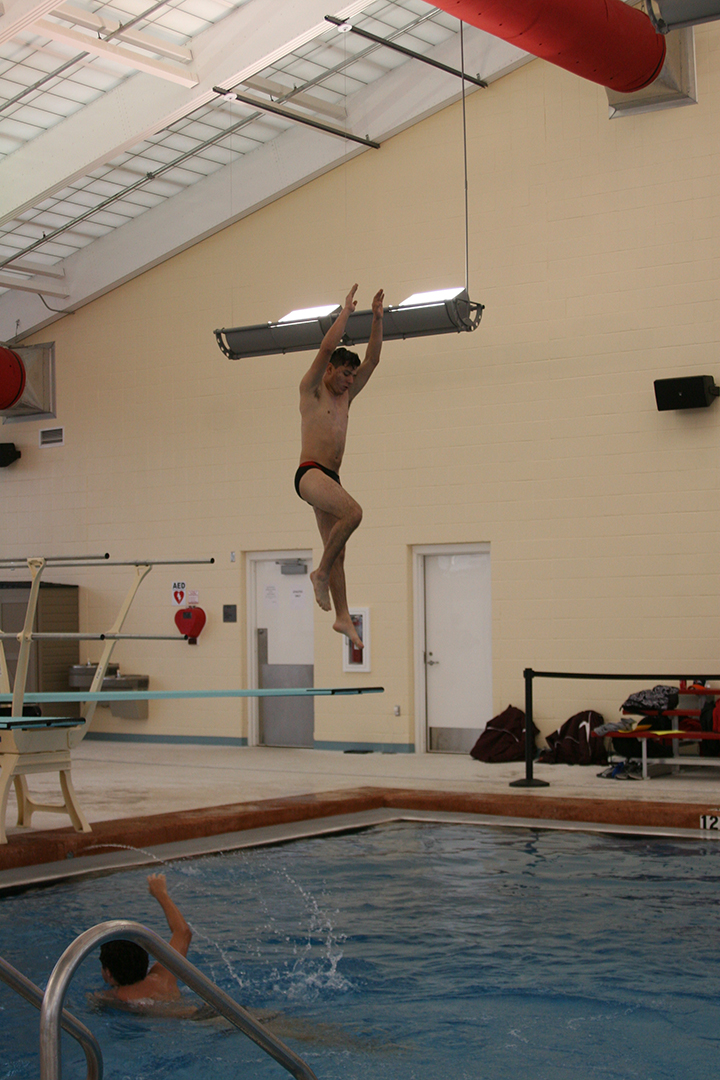 At the same time as the diving meet, a golf tournament was taking place at the Howling Trails Golf Course.
LJISD Sports & Learning Complex Director Victor Garza was happy to see the students finally be able to compete at a location close to home and see the movement happening at the center.

“We’re excited,” Garza said. “We just want to make sure everything goes well and be as prepared as possible for the meet.”

“It’s been so many years of having to rent, having to share practice facilities,” Garza added, saying the coaches were thrilled with the complex. “There’s nothing better than being at home.”

Garza also mentioned that the La Joya Diving teams has been doing well for the last 15 years.

“Diving is something that we’re strong in,” Garza said. “It’s been very good the last 12, 15 years. We’ve had regional champions and state qualifiers.”

Coach Mark Bullard, who is the diving coach for the entire district, said he was glad to use the natatorium for competition. With a swim program that has been active for 21 years, LJISD had used a city facility for the duration of that time.

“We were blessed at that point to have the program and initiate the program,” Bullard said. “But now, to have our own facility that’s indoors, where we don’t have to deal with the elements is great.”

Bullard said that although the district is located in south Texas with a warm climate, the facilities used before would often lose heating, and since swimming and diving for the district takes place in the fall and winter, it became difficult sometimes.

“This year, now that we’ve got this beautiful facility, we’re curious to see how we will further our program,” Bullard said. “We’ve already seen the numbers grow, so that’s a great thing. We’re just curious to see what’s going to happen over the next several years.”

Opened officially earlier this year, the LJISD Sports & Learning Complex includes a natatorium, basketball courts, a planetarium, tennis courts, a golf course and a water park. So far, it has been used for swimming lessons, events and was briefly open to the public during the summer.