City Manager Martin Garza, who started as a police officer and worked his way to City Hall, where he became the mayor’s right-hand man, announced his retirement Thursday after 26 years with Mission.

Garza met with Mayor Armando “Doc” O’caña and members of the City Council about the decision on Thursday afternoon. His last day will be Nov. 30. 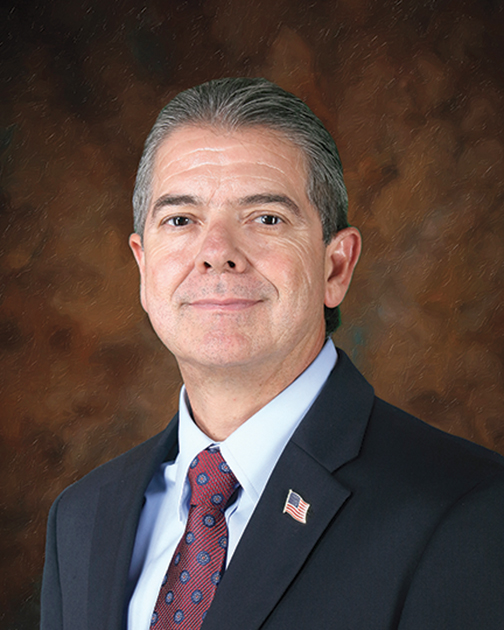 “This came as a shock to me,” O’caña said. “I had envisioned plans with him for next year.”

After two decades with the city, though, Garza said he wanted to spend more time with family.

“I just want to personally thank him from the O’caña family and the citizens of Mission,” O’caña said, adding that Garza worked long hours and always picked up the phone.

With boundless energy and impressive attention to detail, Garza always gave 100 percent to Mission, O’caña said, adding that he would be difficult to replace.

Garza couldn’t be reached for comment Friday morning. In his retirement letter, which the city released on Friday afternoon, Garza wrote about his passion for public service.

“Serving as the City Manager for the City of Mission for the last 5 1/2 years has been a great honor and privilege,” Garza wrote in the letter. “I would like to thank you for the opportunity to have served the citizens of this great city. I am proud of the many accomplishments we have achieved and the improvements we have seen in the quality of life for our citizens.”

Martin Garza Jr. graduated from Mission High School in May 1988.

Garza aced the exam and applied for a job with the Mission Police Department, which hired him in May 1992. He earned $7.40 per hour, according to city personnel records.

After a decade with the department, Garza won a promotion to sergeant in November 2003. As the department spokesman, he became a familiar face on TV news.

In March 2007, he received a promotion to lieutenant — and his career took off.

Dogged by several small scandals, including the theft of his pistol, Longoria retired in January 2012. The City Council skipped over several more experienced lawmen and hired Garza, impressed by his work ethic and political savvy.

He inherited a time bomb.

In December 2012, federal agents arrested two Mission police officers and other members of the Panama Unit, an anti-drug task force based in Mission. Garza weathered the storm and won a promotion to city manager less than a year later.

“He did a good job for us and he’s an excellent city manager,” said former Mayor Norberto “Beto” Salinas. “I don’t know why he wants to go.”

Garza worked closely with Salinas, who served as mayor for two decades.

“It’s really going to hurt us and the City Council,” Salinas said. “He was an outstanding city manager. I hope he changes his mind and stays.”

Salinas lost the June 2018 election to O’caña and filed a lawsuit, claiming fraud tainted the campaign. A judge ordered a new election, but the decision remains on appeal.

Tension between Salinas and O’caña riveted Mission during the past five months, but Garza attempted to remain apolitical.

“Putting city, sometimes, before his own family,” Ortega-Ochoa said. “So I respect him for that.”

Ortega-Ochoa said she wishes Garza well and hopes the City Council will still be able to call him for advice.

“It’s sad to see him go,” Ortega-Ochoa said. “But it’s an opportunity to pick someone for the next chapter.”