Drawing out a total of 2,000 supporters in two separate events, Texas Sen. Ted Cruz visited the Valley Monday during the second week of early voting.

Cruz was at a rally at the Harlingen Christian Fellowship Church Monday morning followed by a second rally that afternoon at the Mission manufacturing plant Royal Technologies that drew out 800 supporters. The attendance surprised many local supporters of Cruz. 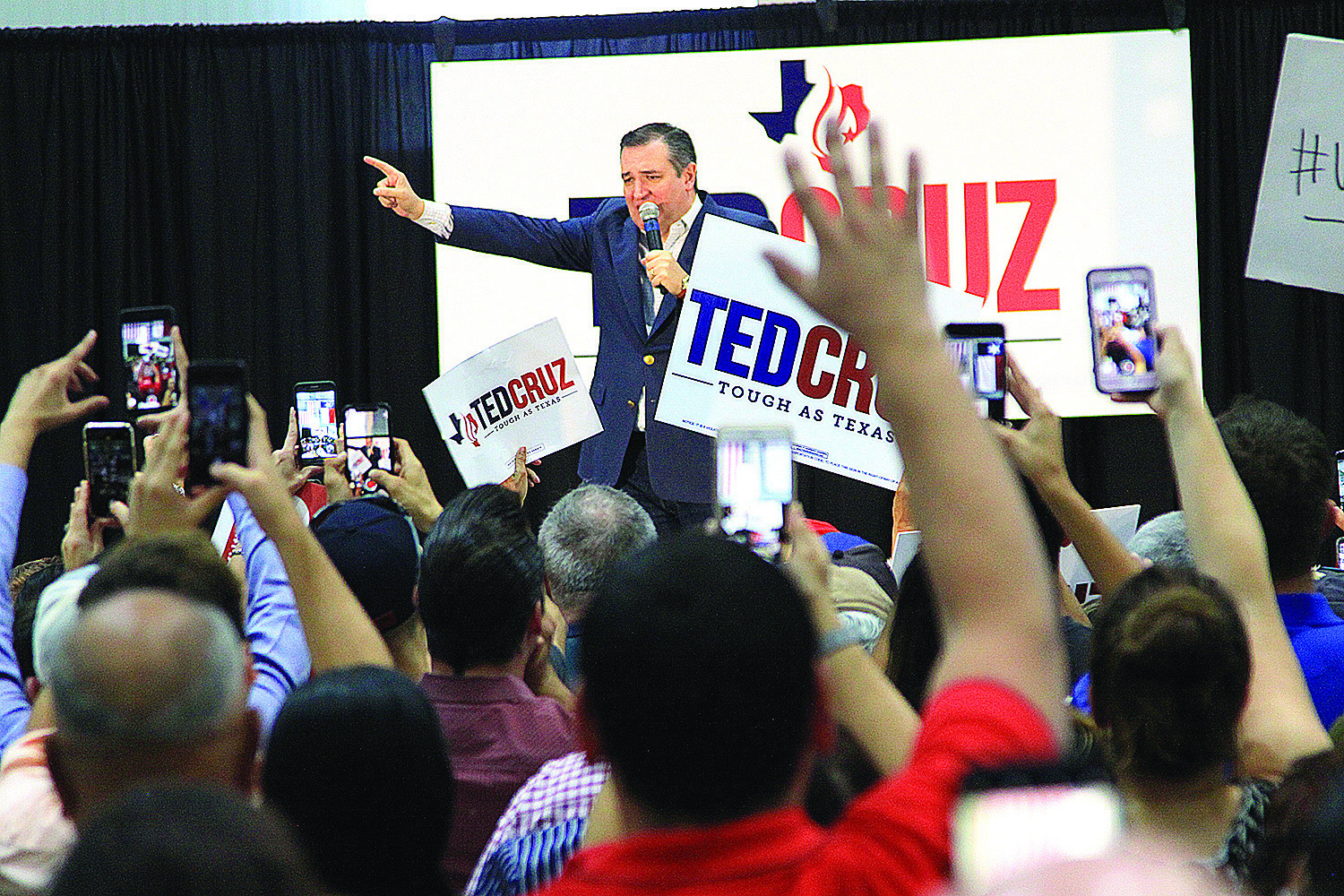 “We had very little time to spread [awareness] so I am impressed with the turnout,&rdquo; Adrienne Pe&ntilde;a-Garza, Hidalgo County GOP chair said of the event. “People that say there&rsquo;s no Republicans in Hidalgo County are falsely informed.&rdquo;

The rallies marked Cruz&rsquo;s 38th town hall across the state and his second visit to the Valley this election season since April. Cruz is running in a hotly contested race against his Democratic challenger U.S. Rep. Beto O&rsquo;Rourke, D-El Paso. A Wednesday poll released by the University of Texas at Tyler shows Cruz with a 3.6 percent lead over O&rsquo;Rourke.

At the Mission rally, guests such as State Sen. Dawn Buckingham, Utah Sen. Mike Leigh, Jim Vander Kolk, owner of the Royal Technologies plant and Paul Perez, vice president of the National Border Patrol Council, endorsed Cruz. Cruz spoke to supporters for nearly 40 minutes telling the crowd that the race underscores the stakes of the election.

According to Cruz, a vote for him is a step in the “Alpha Path&rdquo; where “common sense conservatism&rdquo; becomes the majority of the House and Senate, Trump&rsquo;s border wall is built, taxes are cut further, and the country sees an increase of new jobs.

“Or there&rsquo;s the Beto Path,&rdquo; Cruz said, eliciting several boos from supporters. “It begins in Jan. 2019 with Nancy Pelosi sworn in as speaker of the House and beginning the impeachment process on President Trump…utterly paralyzing the Trump administration and end all the positive progress we&rsquo;ve done on repealing job killing regulations, rebuilding our military and defeating our enemies.&rdquo;

However, Cruz and many of his local supporters said the rally is a sign of an increase in turnout for Valley conservatives.

“The Rio Grande Valley is conservative,&rdquo; Cruz said amidst cheers from the crowd. “The Democrats and much of the media thinks the way you earn the votes of Hispanics is by going to the left and supporting open borders, amnesty and socialism. And what they don&rsquo;t understand is&nbsp;Hispanics, our community, is a conservative community. The values that resonate in our community are faith, family, patriotism. We work for the American dream.&rdquo;

Attendees at the rally also noted an increase in Republican voters in the Valley. J.J. Ballenger, an officer for the Hidalgo County Young Republican organization, noted that its membership has increased in the hundreds.

“When there was a rally for Gov. Greg Abbott four years ago, the people attending that was maybe one-tenth of the size of the crowd today,&rdquo; Ballenger said of the rally in Mission.

Among the attendees at the rally was La Joya High School senior Caleb Guerrero who said he and his friends cut school that day to attend the rally.

“We did the same thing when President Trump came to Houston last week to endorse Cruz,&rdquo; Guerrero said.

Though he is 17 and can&rsquo;t vote, Guerrero said he does what he can to support Cruz and other Republican candidates.

“I just try to tell people the facts of the world we are in and have support for Cruz and Trump,&rdquo; he said. “The Valley is conservative but people just don&rsquo;t know it. People are conditioned to vote a certain way and once people see for themselves the impoverished area we are in, we&rsquo;ll see more democratic areas like the Valley turn Republican.&rdquo;

Progress Times does not endorse any political candidate or slate.