For the board, the Thursday afternoon meeting brought on feelings of déjà vu. 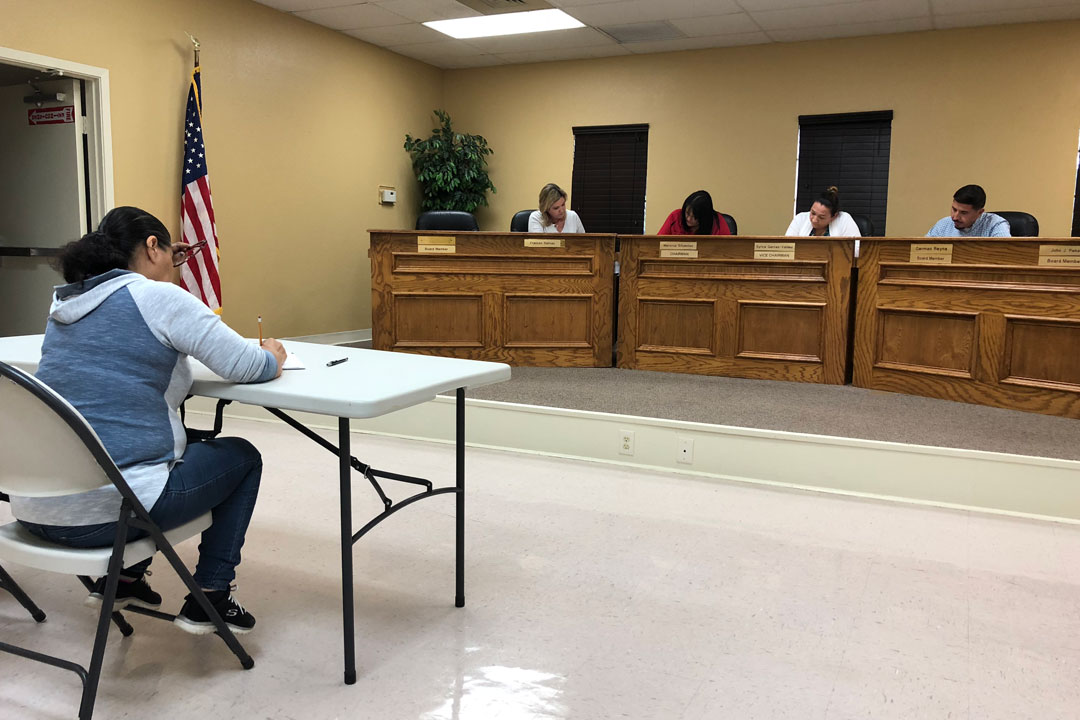 The board fired Frances Salinas on Oct. 10, but she hadn’t posted the meeting agenda properly. Concerned they unknowingly violated the Texas Open Meetings Act, board members called a new meeting for Oct. 15.

Frances Salinas, though, filed a lawsuit against them and blocked the meeting with a temporary restraining order. That forced the board to nullify everything that happened on Oct. 10, call a new meeting for Thursday and fire her again.

“It wasn’t easy,” said board Chairwoman Maricruz Sifuentes. “As a friend, I reached out to her many times.”

Her father, La Joya Mayor Jose A. “Fito” Salinas, appoints the board. Allowing a board hand-picked by the mayor to supervise his daughter posed a serious conflict of interest.

“Overall, we have serious concerns on how the Authority is being managed by the staff and overseen by the Board of Commissioners,” according to a June 29 letter from HUD San Antonio Public Housing Director David Pohler to Frances Salinas. “The Authority will need to develop a recovery plan to improve their physical condition and financial viability or consider transferring the program to a neighboring Agency with the administrative capacity and assets to operate a viable program.”

Sifuentes said the board couldn’t ignore the situation.

“If he’s mayor and he sees what’s in front of him, how can he still want somebody that has done all these bad things — withdrawals and taking money from the housing authority — to continue to be here?” Sifuentes said. “What are you actually showing the city?”

Attorney Dennis Ramirez of Donna, who represents Frances Salinas, said the board approved her employment contract and expenses.

“Frances Salinas has been serving in this capacity for the last two years and at all times any payments to her as compensation pursuant to the contract or any expenditures made by her were known to the housing authority and, to the extent possible, approved by the chair of the board of commissioners,” Ramirez said. “Reimbursements for out-of-pocket expenses were also approved and checks were signed by the chair. So to take this position today certainly seems retaliatory in nature. And it’s extremely inappropriate to comment, not only personnel matters but also alleged criminal conduct, in light of the pending litigation that we have.”

While the housing authority found a draft employment contract for Frances Salinas, staff couldn’t find any proof the contract had actually been approved by the board, said Acting Executive Director Cristi LaJeunesse.

“It was never approved,” Garces Valdez said. “I know that for a fact.”